In studying the charts this weekend, I noticed what appears to be an unusual alignment between the typical “risk-on” & “risk-off” asset classes. While the case for the next major leg down in US stocks that I have been making recently was considerably strengthened on Friday, I find it a bit unusual to see what appears to be a pretty solid technical case for a reversal (drop) in the traditional flight-to-safety assets & sectors such as U.S. Treasury bonds, utility stocks & consumer staples at the same time. Traditionally, those ‘risk-off’ securities have been the beneficiaries of market volatility as money moves out of risky assets such as growth stocks & into these perceived safe-havens or, in the case of consumer staples & utility stocks, companies whose earnings are typically not impacted by a slowdown or contraction in the economy.

It is worth pointing out, however, that the two defensive sectors mentioned above; consumer staples & utilities, both peaked months after the broad market (S&P 500) so as with back then, the case might be made that a flight-to-safety rotation as already been made (completed) into those two sectors, which as in those previous bear markets, lead to excessive & unsustainable valuations. The more puzzling part to me is the fact that U.S. Treasury bonds look poised for a significant trend reversal (prices down, rates up), which would be quite unusual to see play out if U.S. stocks were to allow experience a substantial drop in the coming weeks to months. Then again, global financial markets have been plagued with distortions & unusual disconnects in recent years due to the excessive & unprecedented actions by the Fed & other global central banks so maybe a scenario of stock prices falling along with treasury prices could play out, not unlike the complete 180° reversal that took place between stock & commodity prices starting in mid-2011. 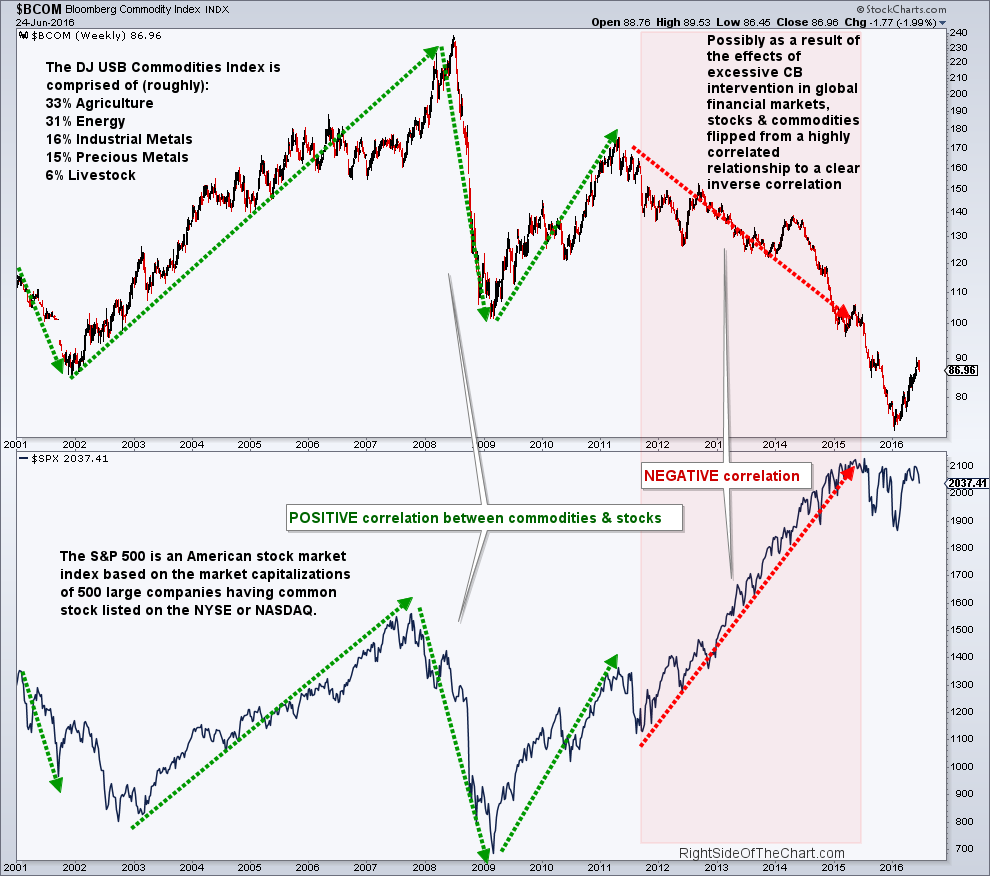