As I had stated in the video earlier today, this seems like a good time to keep things light & watch from the sidelines as the trend remains bearish yet the R/R on adding new short positions due various reasons including, but not limited to the deeply oversold conditions, proximity to support on the major indexes, extreme levels of put to call buying as evidenced by the $VIX & put/call ratios, risk of (even more) massive government intervention, etc… 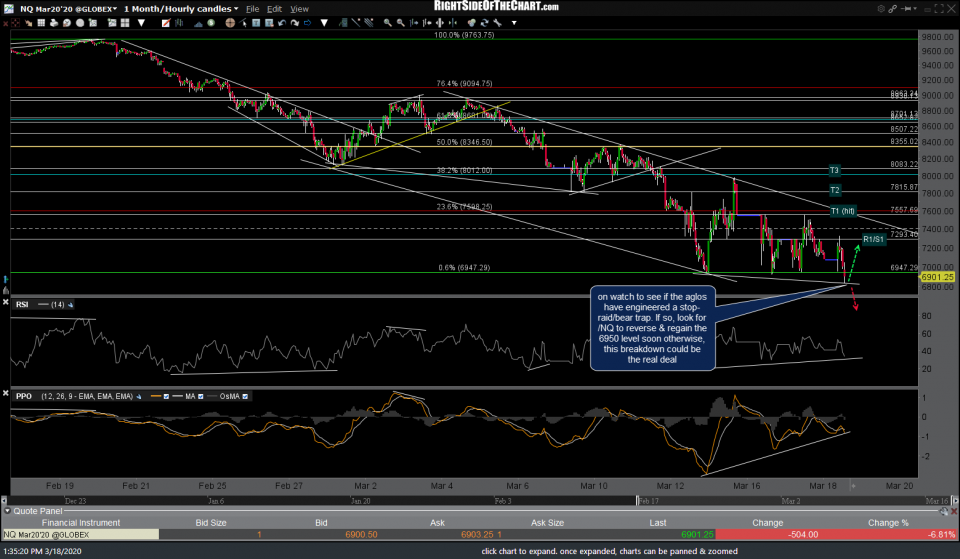 I’ll be curious to see if the aglos have engineered a stop-raid/bear trap by taking /NQ below that 6947ish support as per that potential scenario outlined in the video earlier today or if this breakdown following the 15-minute trading halt that was triggered when the Level 1 circuit breakers were hit, will prove to be the real deal with another major leg down to follow . For the former scenario (bear trap/false breakdown), look for /NQ to reverse & regain the 6950 level solidly & with conviction soon otherwise, this breakdown could be the real deal.

Should the latter scenario play out (the breakdown is the real thing), then a drop of another 8% or so down to my next solid support/target on SPY around 212.50 is certainly a possibility but again, the R/R for shorting with each tick lower at this point becomes increasingly less favorable. 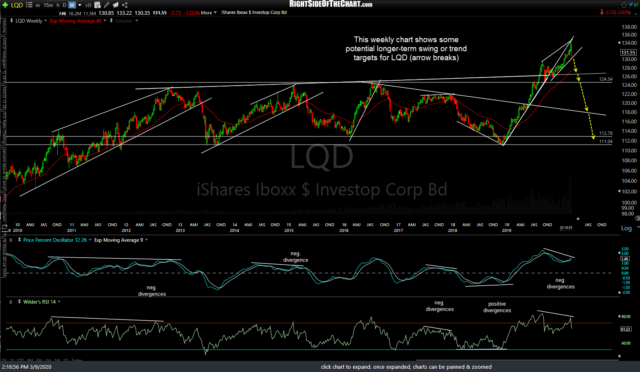 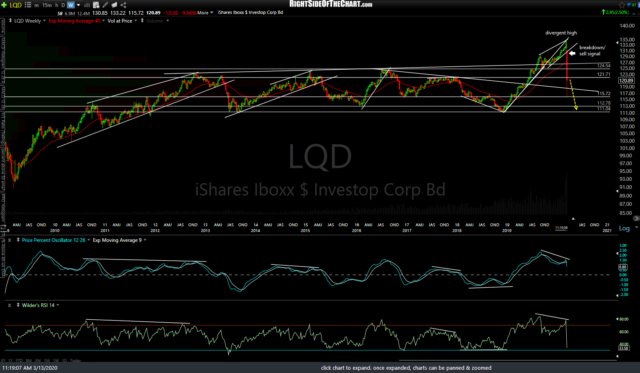 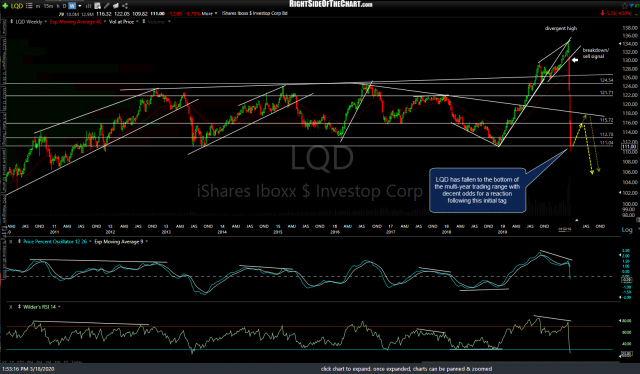 One of the reasons, in addition to those I discussed in the video earlier today, as to why I am open to, although far from highly confident, the former (bear trap) scenario is the fact that the LQD short trade has just hit and, so far, stopped cold, at the bottom of that very technically significant multi-year trading range that I’ve been highlighted on the weekly charts recently. Previous & updated weekly charts of LQD above. (click first chart to expand)

Should the stock market & LQD (investment-grade corporate bond ETF) fail to hold these supports with another 10%+ downside, the risk for an outright meltdown & crash of the entire financial system would begin to rise sharply IMO as additional losses in the stock & bond markets could trigger a cascading effect of failures within various institutional funds, banks, & other financial & even some non-financial entities. 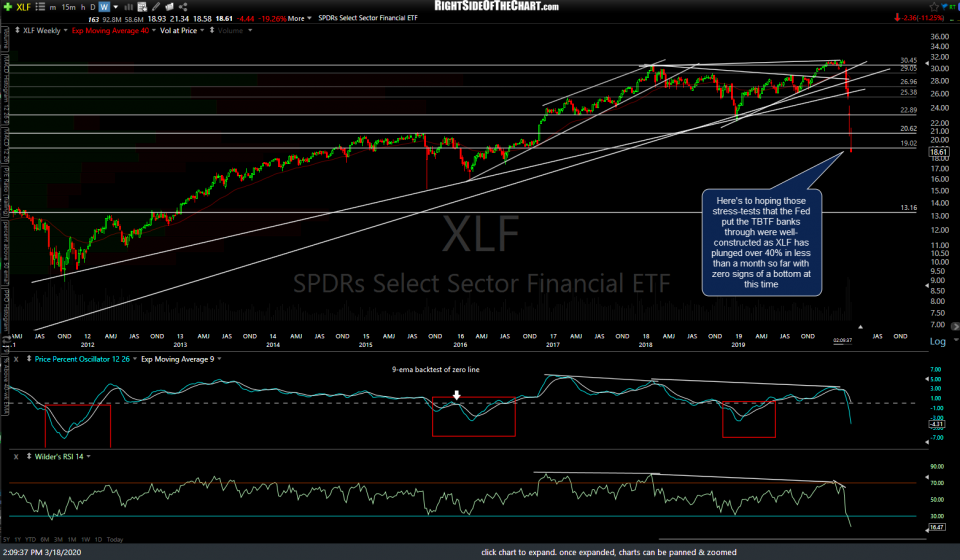 Hopefully, I am wrong as maybe the financial system can withstand another 10-20% drop in the stock market in relatively short order without triggering a cascading effect that impacts the TBTF (too big to fail) financial institutions because after all, didn’t the Fed assure the world that very same systematically important TBTF banks they allowed to continue to operate at such massive scales after the last financial crisis had passed their rigid stress tests with flying colors & were ready to handle another financial crisis? ;-)  Let’s hope so but what I can say is that XLF (financial sector ETF) isn’t painting a pretty picture lately, down another 11%+ today and plunging over 40% in less than a month. Stay safe & remember, cash is a position too & a good one for those not sure what to do right now.