Most of the Dollar-sensitive assets such as stocks, crude, & gold have been moving inversely to the $USD, as they typically do, until recently with the stark disconnect between the stock market (blue line), crude oil (black), and the US Dollar (inverted Dollar via UDN in green). However, the inverse correlation between the Dollar & gold has remained intact, with gold topping & the US Dollar bottoming back in early January & moving in near lock-step since, as they were before. The green line is UDN, the inverse (-1x bearish) US Dollar ETN, which shows the inverse correlation between the Dollar & dollar-sensitive assets below as a positive correlation for easier comparison. 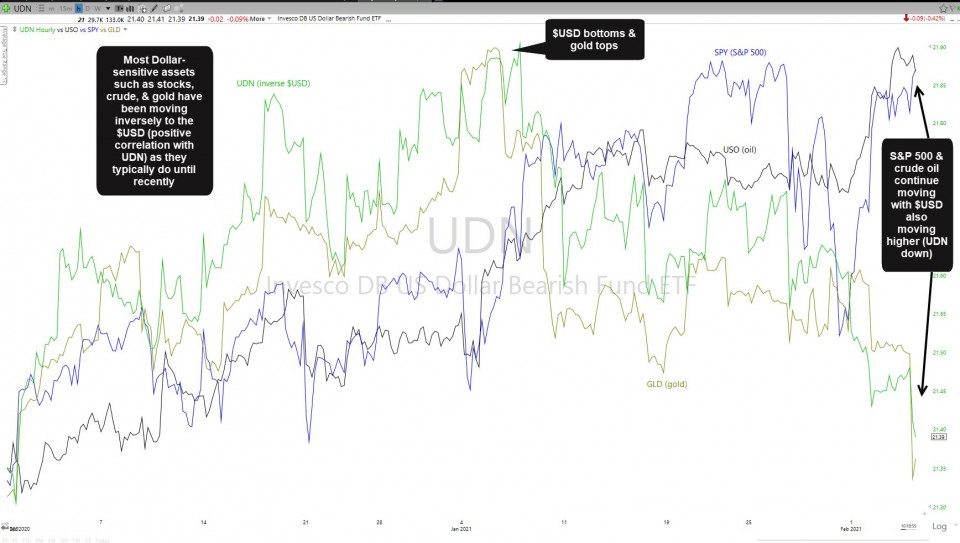 As /DX (US Dollar Index futures) has now clearly taken out the 91.081 target/resistance, I’ve added the next target around 92.038 on the 60-minute chart below.

/E7 (Euro futures) is approaching my next price target zone (T3) of 1.1952-1.1922. As I expect a reaction if/when T3 is hit, that does allow for the potential for a concurrent rally in equities and the Euro depending on how strong the bounce in the Euro/pullback in the $USD is if & when that proves to be the case. As such, I continue to put a higher emphasis on waiting for sell signals on the stock market & some of the market-leading FAAMG+T stocks such as AAPL & TSLA for a sell signal on major stock indices as the divergences between the Dollar/Euro and the stock market could continue for some time. 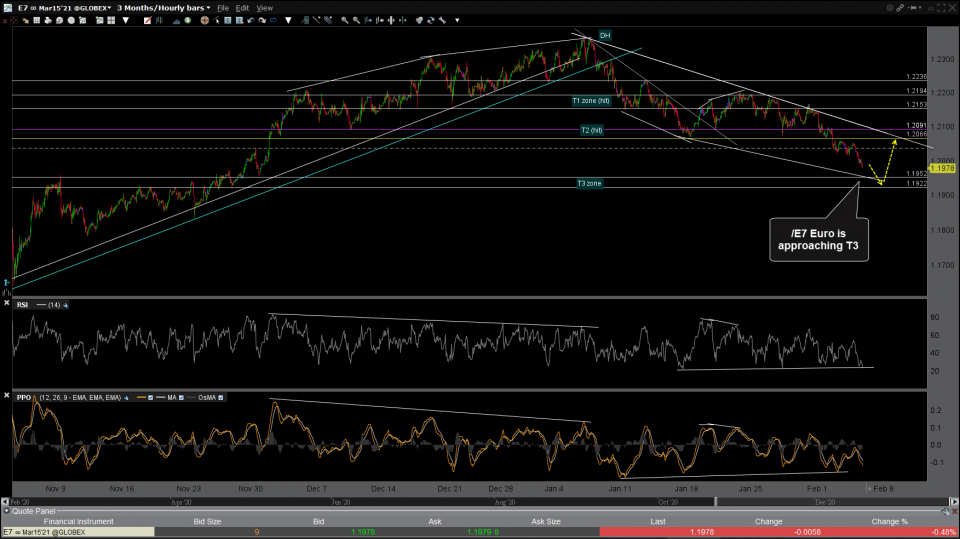 The 60-minute chart below lists some potential near-term pullback targets for /NQ (Nasdaq 100 futures) should the $USD continue to rally AND we get the sell signals in AAPL, TSLA, & QQQ that have been highlighted in recent videos. 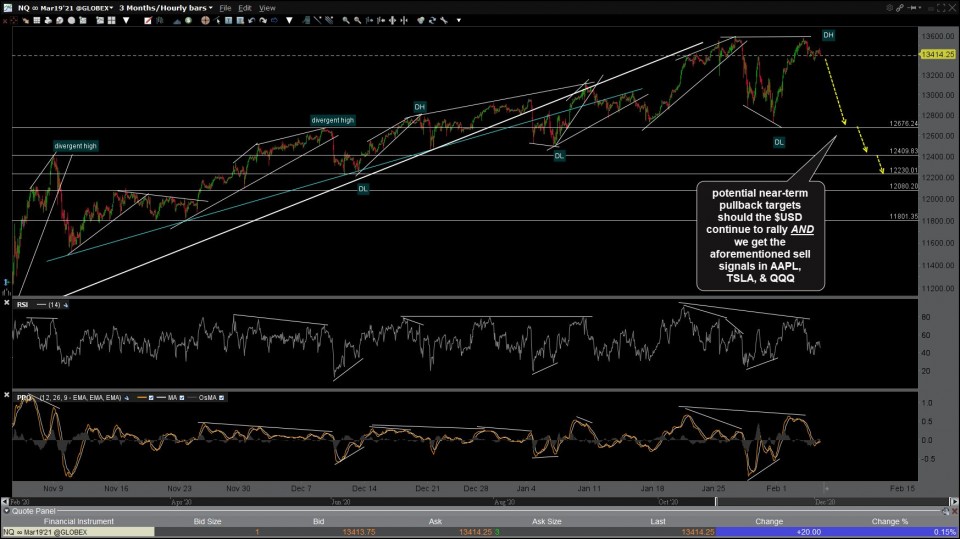 Bottom line: The technicals have so far played out as the charts indicated for a significant trend reversal (rally) in the US Dollar & of the three major Dollar-sensitive assets, only gold has corrected in lock-step with the rally in the Dollar with stocks & crude oil (which often tend to rise & fall together on economic growth expectations) so far shrugging off the rally in the Dollar.

The longer the disconnect of the typically inverse relationship between the Dollar and stocks/crude, the stronger the reversion to the mean is likely to be once it comes. However, the big question remains: Will that mean reversion come in the form of the next big leg down in the $USD, stocks down, or a combination of the two? The answer to that question will most likely depend on whether we get some decent sell signals in the stock market and several of the market-leading stocks or not.