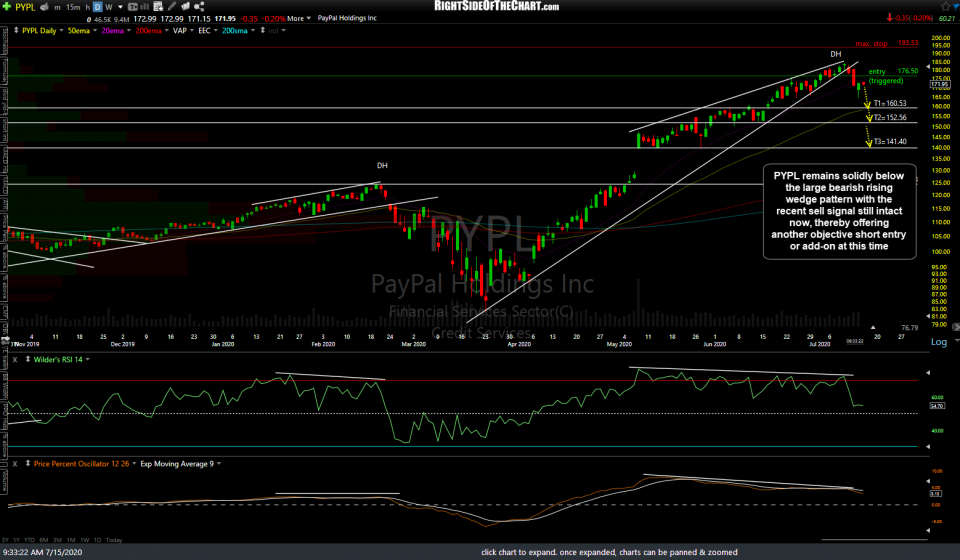 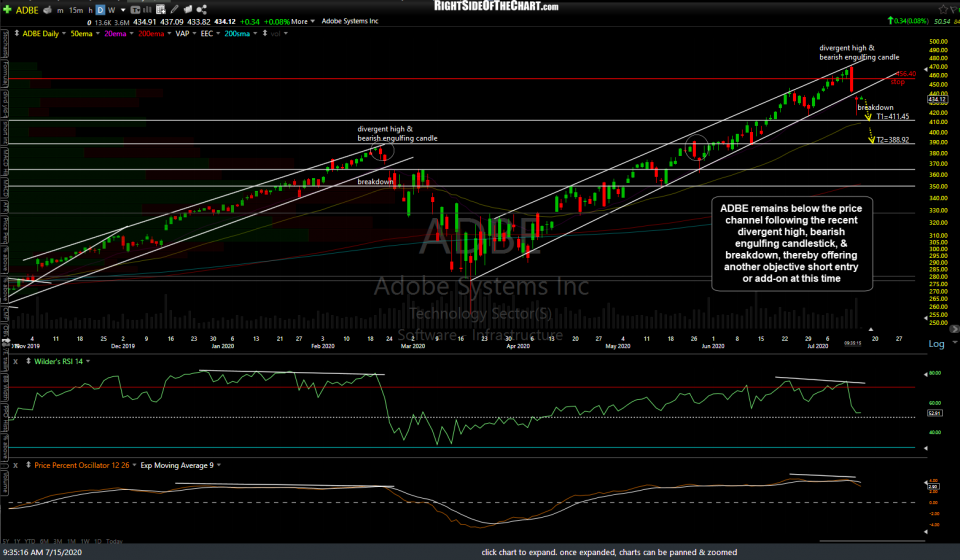 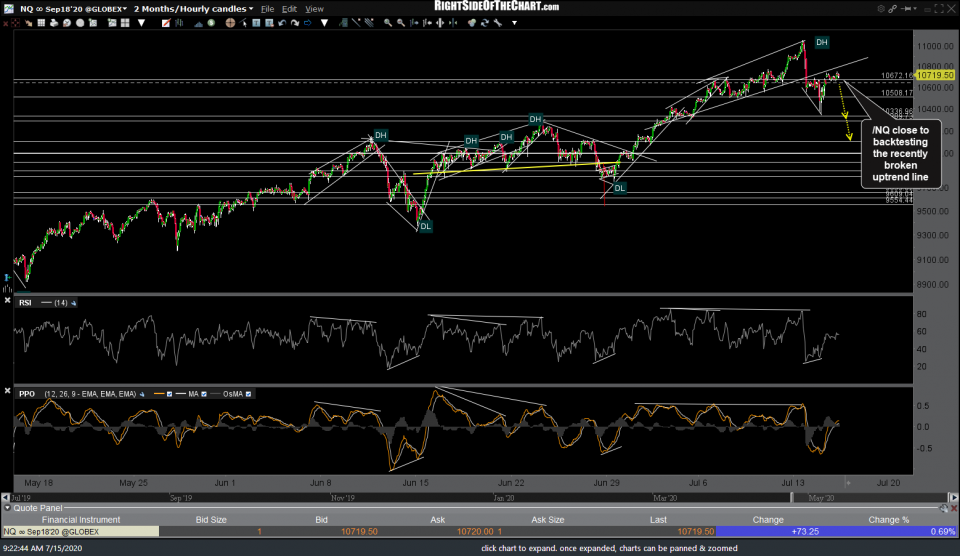 /ES (S&P 500 futures) has extended the divergences that were in place at the previous high in what appears to be a broadening wedge, aka-megaphone pattern. 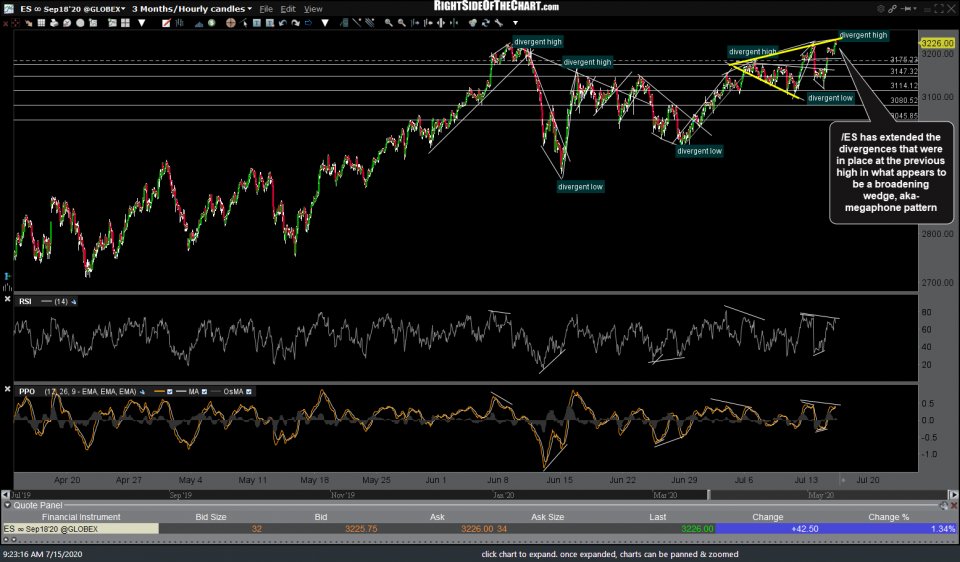 As per yesterday’s video, the recent bearish engulfing candlesticks on both QQQ & XLK were followed through with confirming red candles yesterday, thereby those potential sell signals have yet to be confirmed & would be invalidated, should QQQ & XLK close back above Monday’s engulfing candlesticks. As also highlighted yesterday, XLK remains above the primary uptrend line after yesterday’s stick save (intraday dip below followed by a reversal & rally to close back above the trendline). As such, a sell signal still remains pending a solid break & close below the trendline as well as a close below yesterday’s candlestick in order to confirm Monday’s engulfing candle. 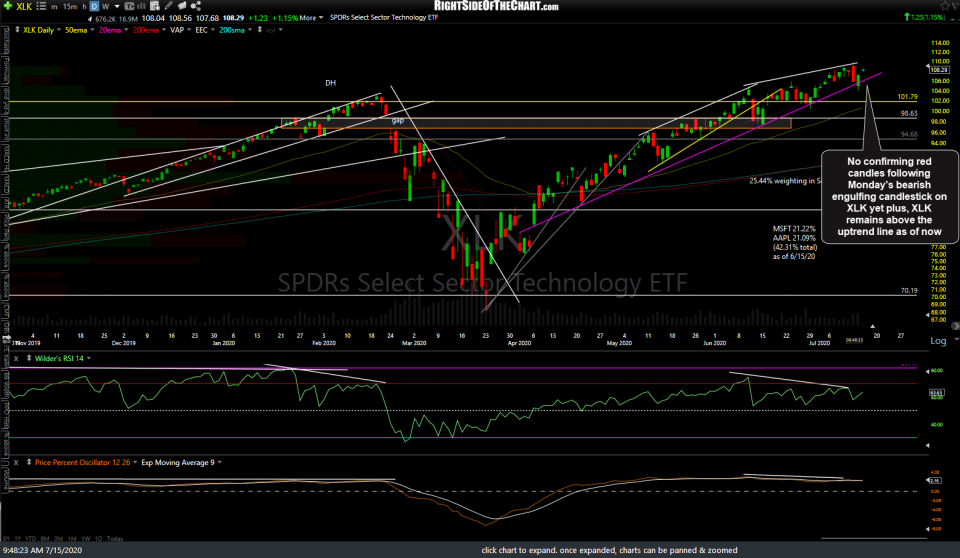 After hitting & reversing off my 1.91 target with negative divergences in place at the time, /NG (natural gas) now appears poised for the next buy signal on a break above the 1.786 level & downtrend line following the recent divergent low. UNG is a non-leveraged ETN proxy for trading natural gas while /QG is the MINY Nat Gas futures contract which can also be used in lieu of /NG. 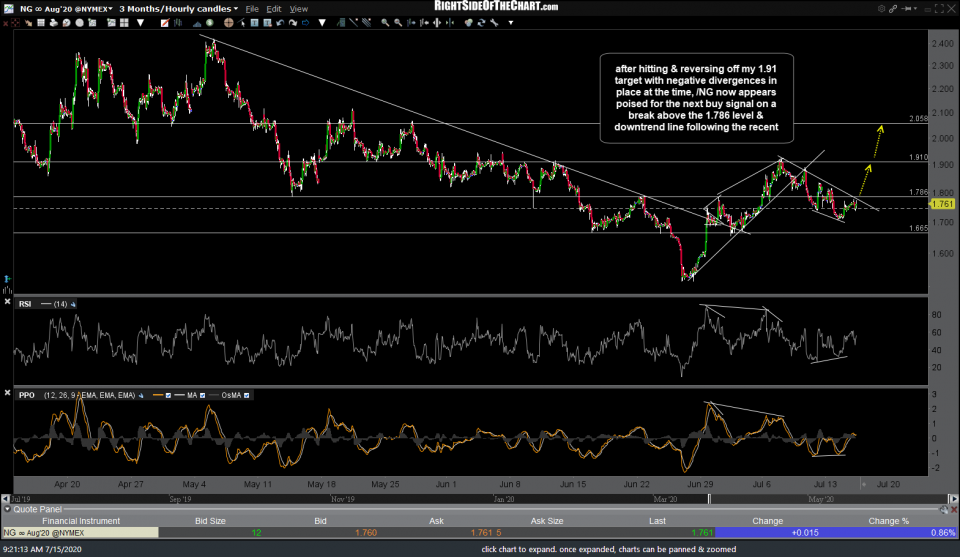 /CL crude oil has once again put in a divergent high around the 41.20 resistance level. USO is one of the more liquid non-leveraged crude ETN’s while /QM is the MINY futures contract. 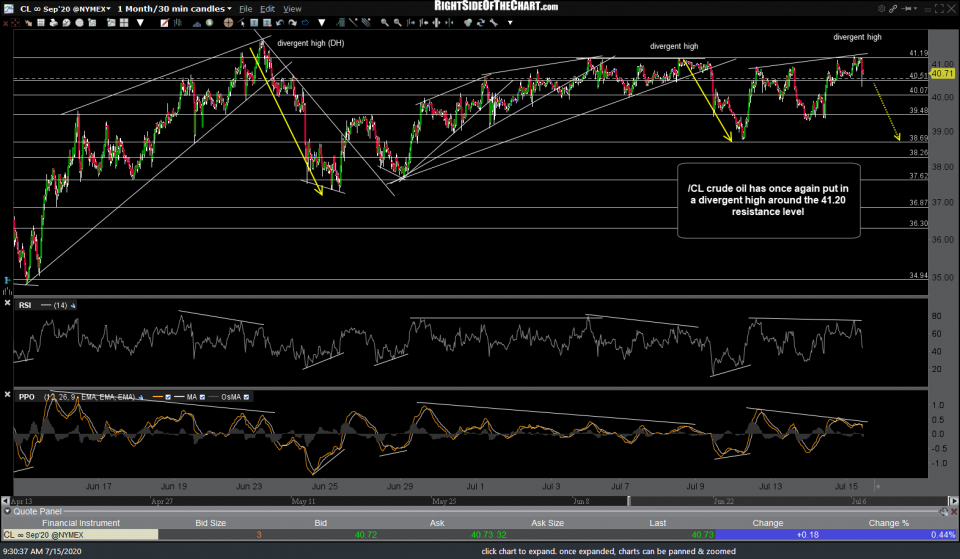 How the major stock indices, particularly QQQ, close today could provide some clues as to the next tradable trend in the stock market. A solid red close, especially below yesterday’s low, would be quite bearish & help to validate Monday’s potential reversal candlesticks on both QQQ & XLK while a close back above those candles would be bullish, or at least significantly dampen the case for more downside in the coming days to weeks. Any close between those levels today will keep us guessing into the next trading session, waiting patiently for the market to tell us where it wants to go from here.