A pretty solid move down below the uptrend line on the SPY daily chart so far today although t FOMC announcement. With a few hours to go in today’s trading session, so far we have an intraday bearish crossover on the PPO for SPY but not yet on QQQ & at this time, I still suspect today’s breakdowns have a decent chance of proving to be whipsaws although the buyers would need to step in soon & get SPY as well as some other key sectors back above the support levels taken out today. 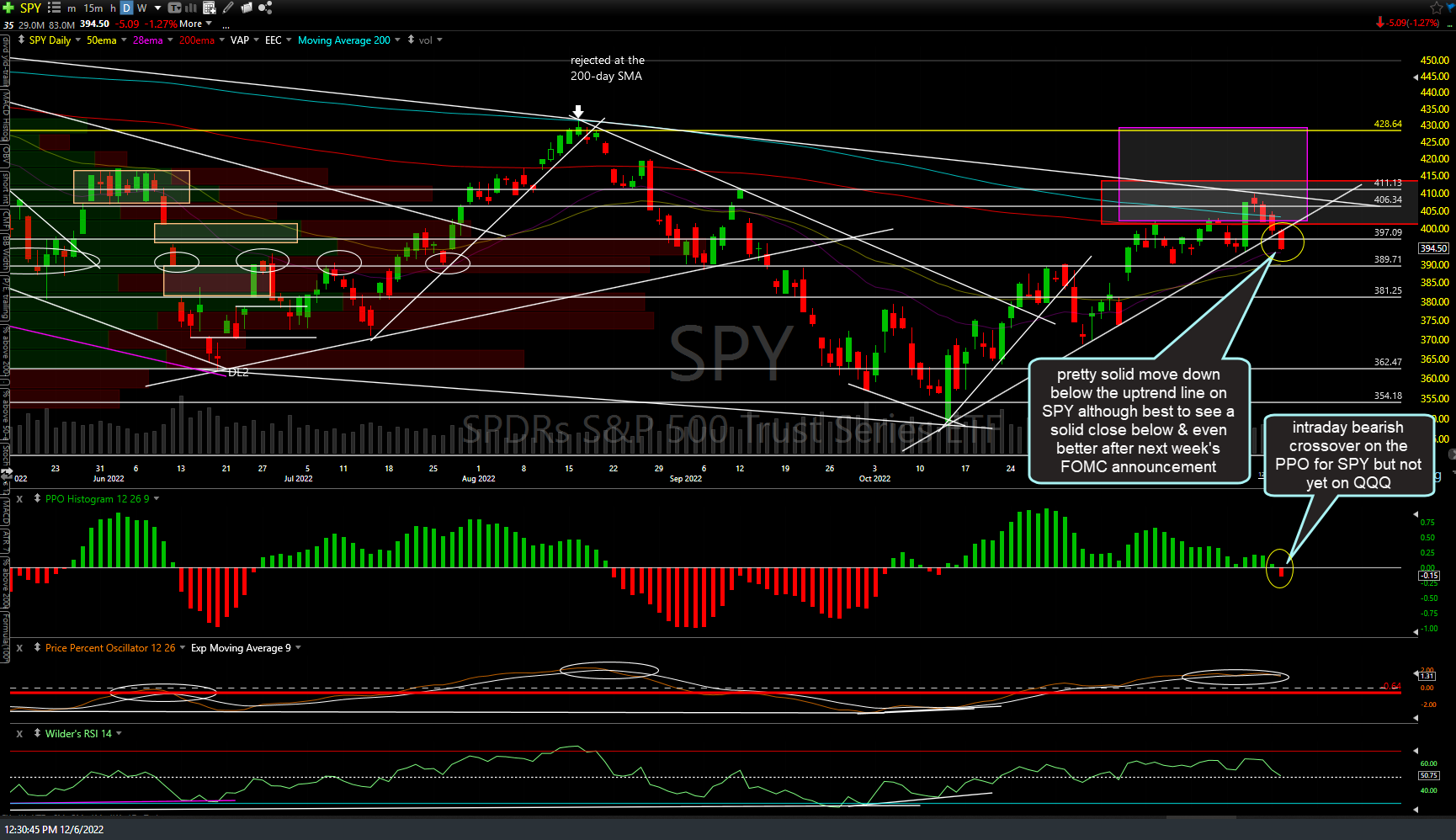 QQQ has made an intraday break below uptrend line but it would be prudent to wait for a solid daily close below before moving to a full or aggressive short position. I’m also still awaiting a bearish PPO crossover on a daily closing basis to help confirm a sell signal on QQQ following a solid break and/or daily close below the uptrend line & I still suspect this may prove to be a whipsaw/false breakdown/bear trap although the intermediate-term (weeks to months) bearish case continues to firm up today. 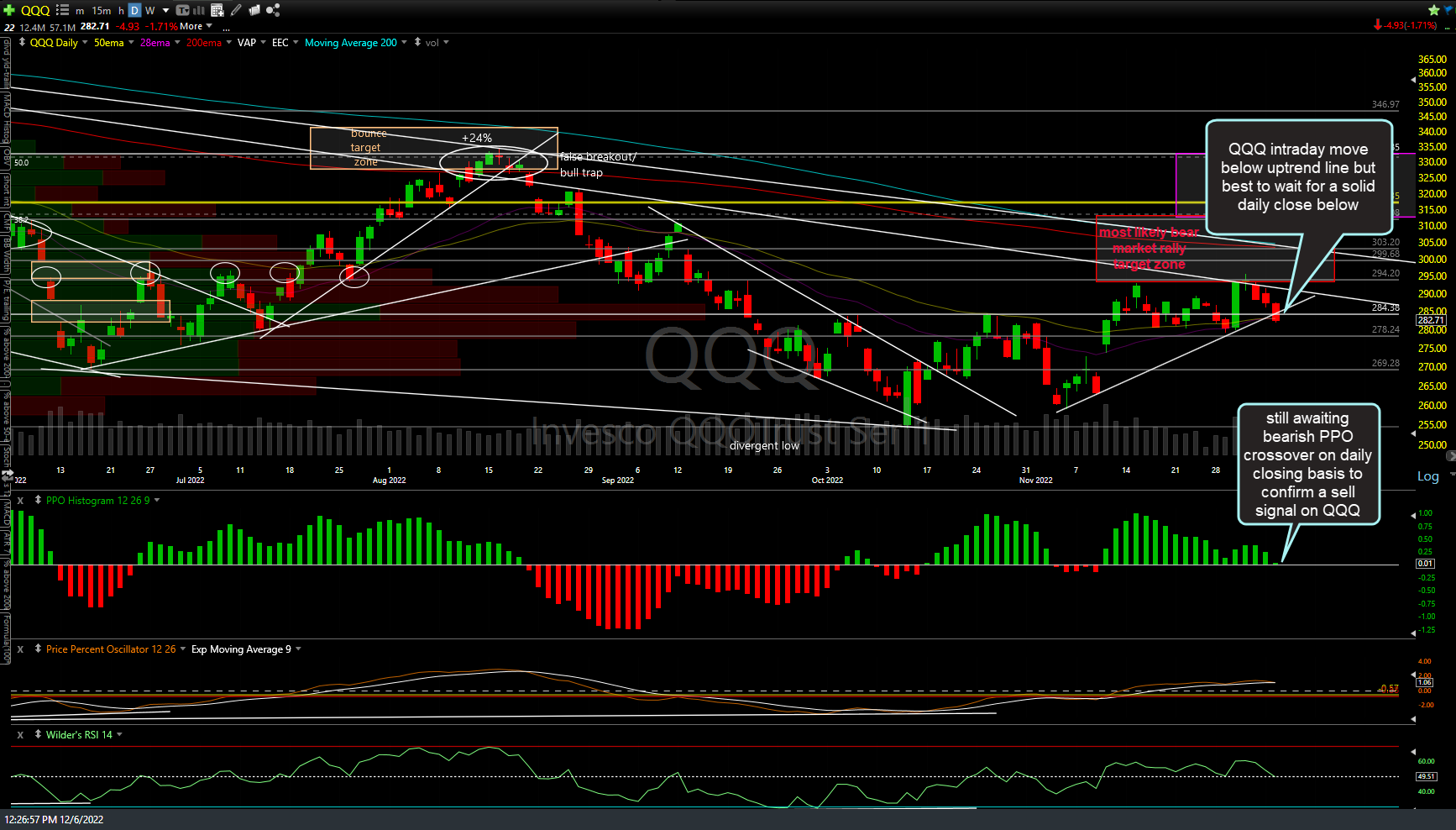 Far from coincidence, as the major stock indexes flirt with key uptrend lines, the $VIX volatility index is currently testing its primary downtrend line. Still awaiting a solid breakout, especially a solid daily close above, to confirm a sell signal on the stock market but as of now, this is just another rally into resistance for the $VIX but still monitoring this one closely in addition to a PPO bullish crossover on a daily closing basis, along with bearish PPO crossovers on both SPY & QQQ, ideally after next week’s FOMC announcement. 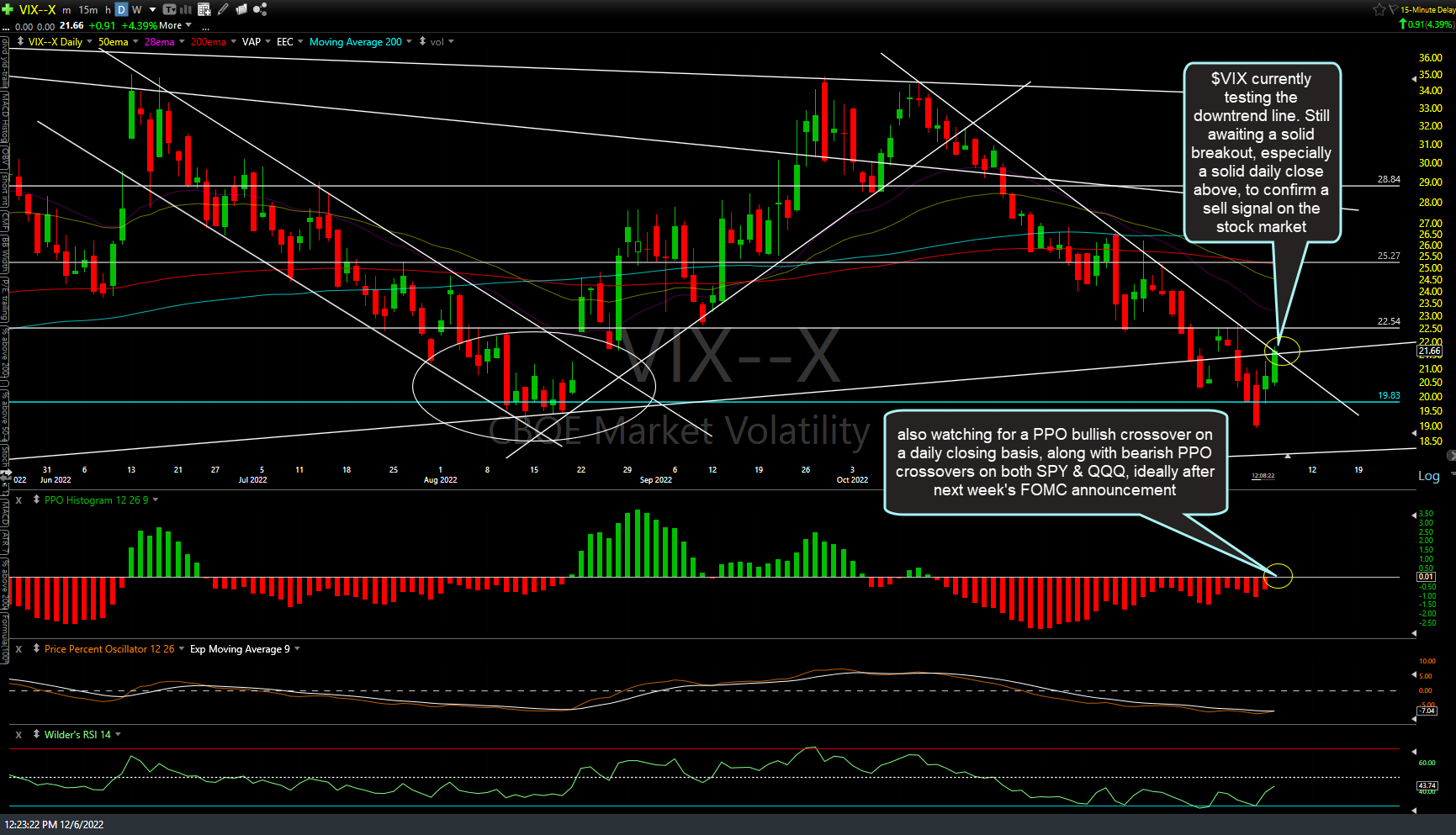 Bottom line: Several sell signals have been triggered today on breaks below support on the major indexes as well as several key sectors in addition to some of the indexes as well as more of the 11 sectors in the S&P 500 making bearish PPO crossovers on the daily time frame. While I still believe those sell signal & trend indicator reversals (from bullish to bearish) will most likely play out for another leg down in what is still most likely an ongoing bear market with lower lows still yet to come, there is also a decent chance that the stock market may chop around until next Wednesday’s FOMC rate decision with a decent (not great, but decent or slightly favorable) chance that today’s breakdowns may be reversed later today and/or tomorrow. Should that happen with a solid recovery back above the uptrend lines on QQQ & SPY, that would most likely spark a short covering rally in the coming sessions.