I’m back at my desk but still without high-speed internet until Comcast repairs the line tomorrow morning. I’d love to do a video but the upload speed while tethering off my cell phone is just too slow. Therefore, I decided to post an update on QQQ as well as the five market-leading FAAMG stocks, all of which recently confirmed the positive (bullish) divergences that had been building on the 60-minute time frames. Such divergences, especially in conjunction with yesterday’s whipsaw dip below the 2-week sideways trading range in QQQ need to be acknowledged for what they are: Bullish until & unless QQQ drops back down below the recent lows & takes out the divergences. 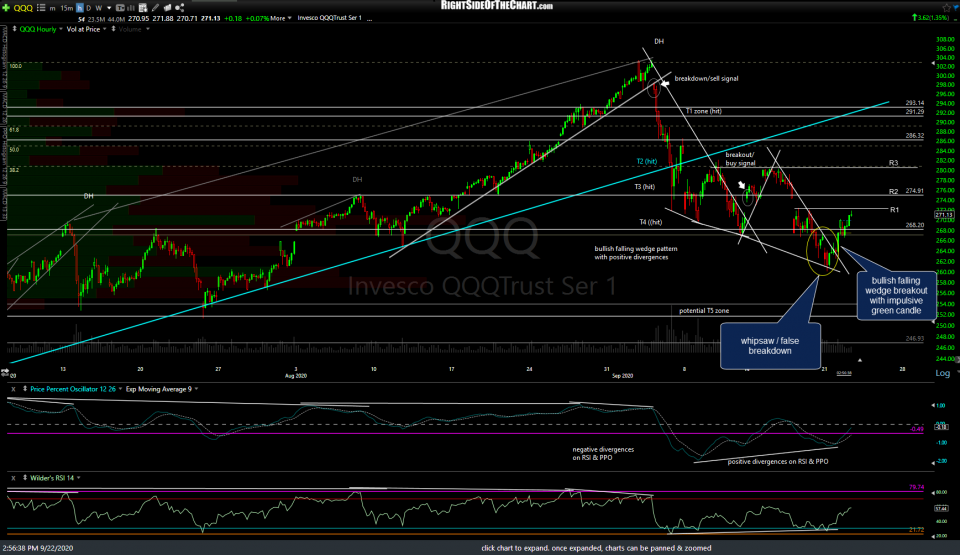 While that is very much a possibility at this time, especially factoring in all of the recent bearish developments that preceded & followed the recent highs (extreme bullish sentiment, bearish technicals & price action, breakdowns below some key support levels, etc…), the near-term outlook has flipped back to bullish. However, the recent false sell signals & recovery of the trading range is far from an “all-clear” buy signal. Both QQQ & SPY, as well as the market-leading FAAMG stocks, still have quite a bit of significant resistance just overhead to contend with before I would put decent odds on the market (and the FAAMGs) heading to new highs anytime soon.

There are numerous factors that indicate the current divergences may not play out for the next leg to new highs & beyond, factors that did not exist in the previous 60-minute divergent highs on QQQ, SPY, & the FAAMGs. A few (but not all) things to consider are:

How one trades or positions with such technical crosscurrents depends largely on their trading style (active or passive trader or investor), their own outlook for where the market is headed as well as how strong (or not) those convictions are), etc.. Although I’ve spent more time away from my desk than in front of it over the past two days due to other obligations, one thing that keeps me leaning towards the fact that today’s recovery back above the bottom of the trading range, the breakout above the bullish falling wedge on QQQ, strong positive divergence, etc.. has a good chance of proving to be yet another whipsaw with another major leg down in the stock market & tech sector soon is the continued relative weakness of the bank stocks & financial sector. 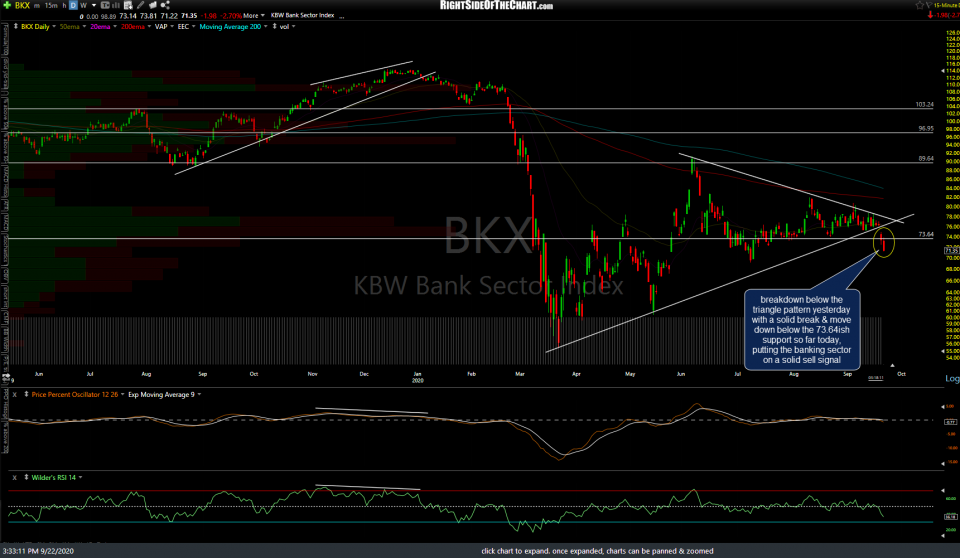 Relative weakness during a bull market is perfectly normal, as sectors take turns leap-frogging (one rallies & outperforms, ultimately followed by a consolidation or correction while one of the recent underperformers takes the baton & starts to run). However, one needs to also factor in the recent bearish technical posture & bearish developments in XLK & $BKX (KBW Bank Sector Index). While tech may be the darling of Wall Street, the banks are the heart & vital organs of the entire financial systems & as of now, they continue to fall impulsively following the recent breakdown below the symmetrical triangle pattern that I highlighted last week, with the 73.64ish support clearly being taken out today. The 60-minute charts of the FAAMG stocks, all of which recently put in divergent lows (see the previous price action following divergent highs & low) are posted below. 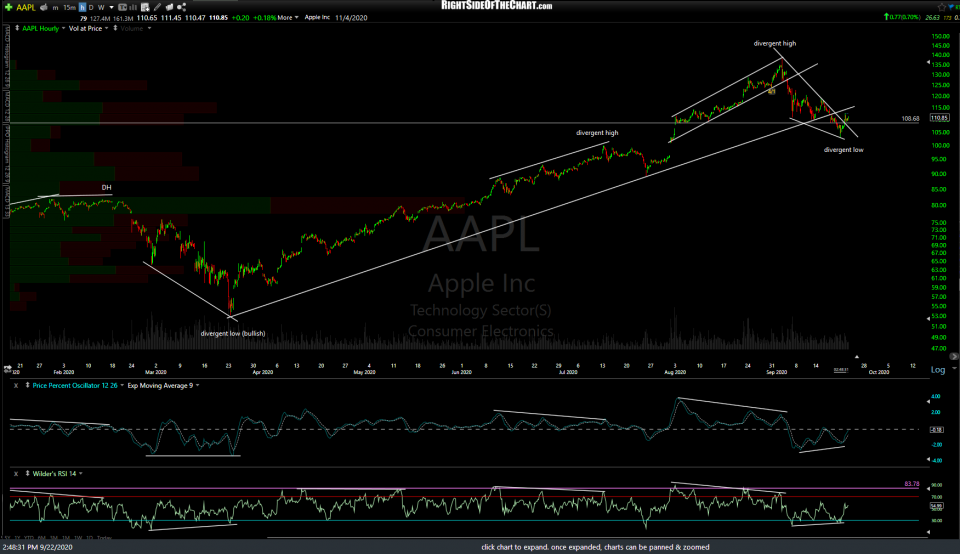 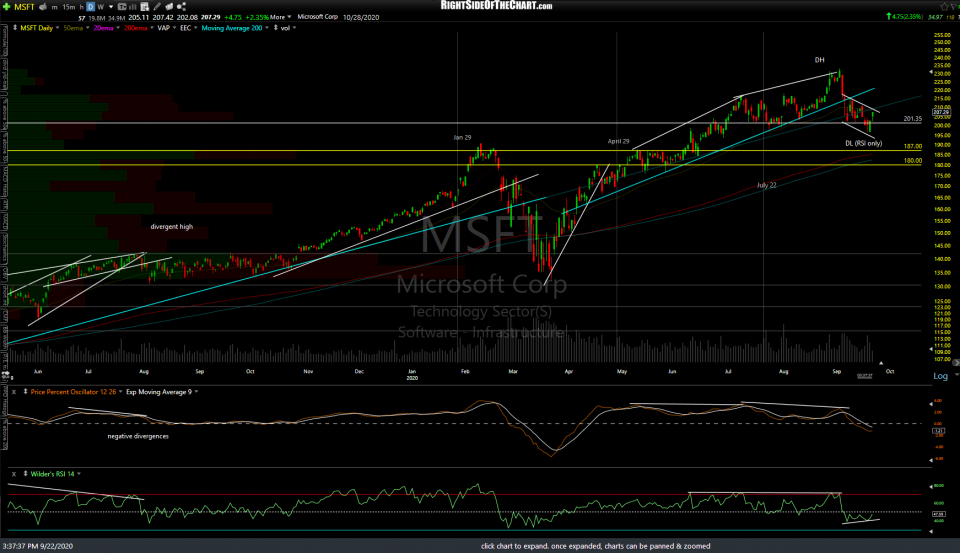 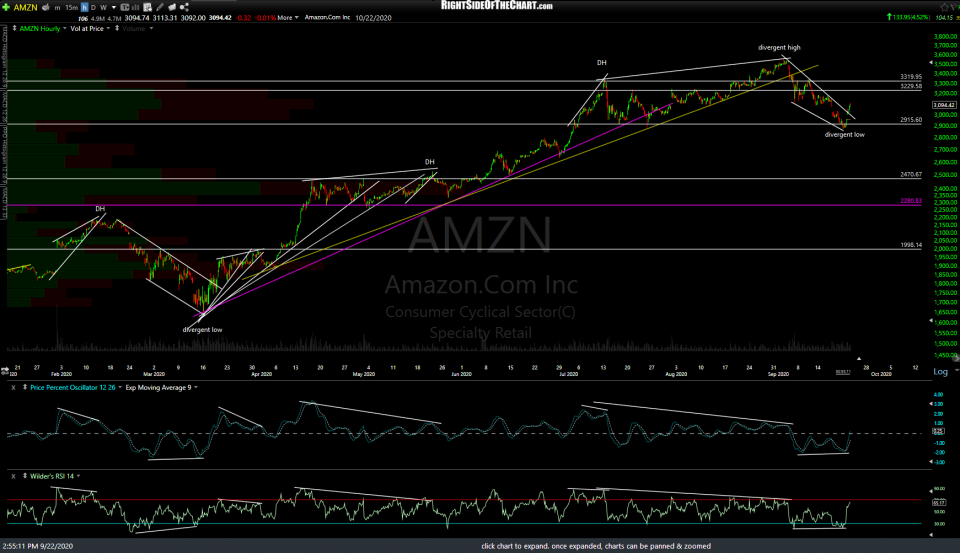 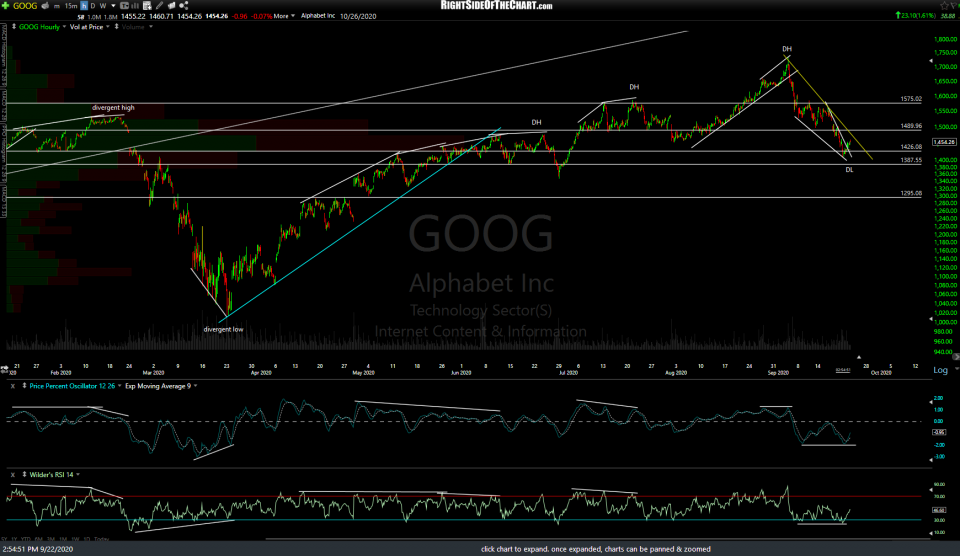 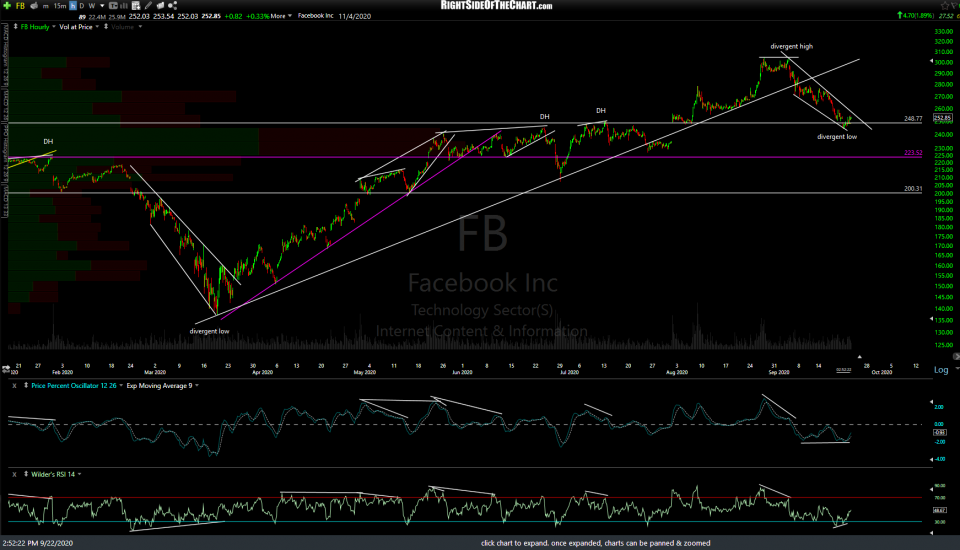