As a follow-up to the recent update on the SOXX / SOXS Active Short Trade, highlighting the objective short entry or add-on to that position as SOXX is currently backtesting the recently broken primary uptrend line from below, here’s a few leading semiconductors stocks that help to support my case that the semiconductors are most likely poised for a substantial correction in the coming months. Any or all of these stocks could provide objective short entries but in keeping the official trade ideas manageable, for the time being I will leave SOXX / SOXS as the only official short trade idea for exposure to the semiconductor sector.

INTC (Intel Corp), the 800 lb. gorilla in the semiconductor arena, has recently broken down below & backtested its primary uptrend line from below following a divergent high & appears to be headed lower in the coming months, undoubtedly taking the sector down with it if so. 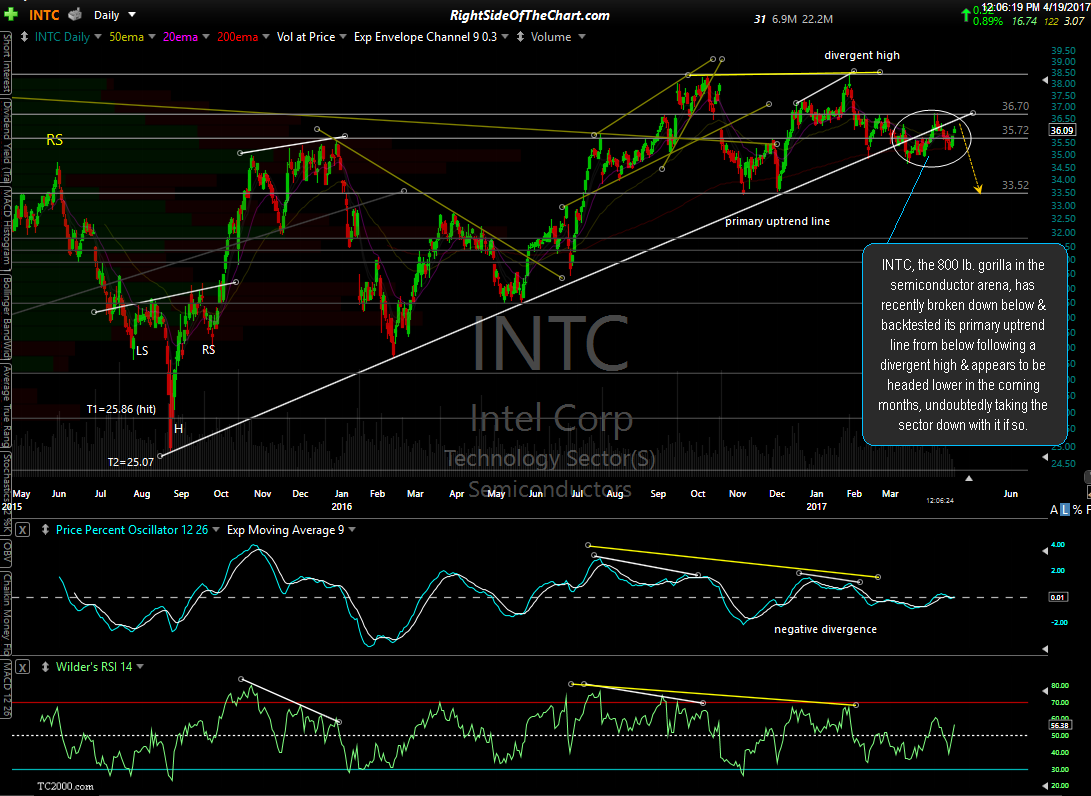 TSM (Taiwan Semiconductor), one of the world’s largest chip makers is breaking down below this large bearish rising wedge pattern / primary uptrend line & appears headed lower in the coming weeks to months. 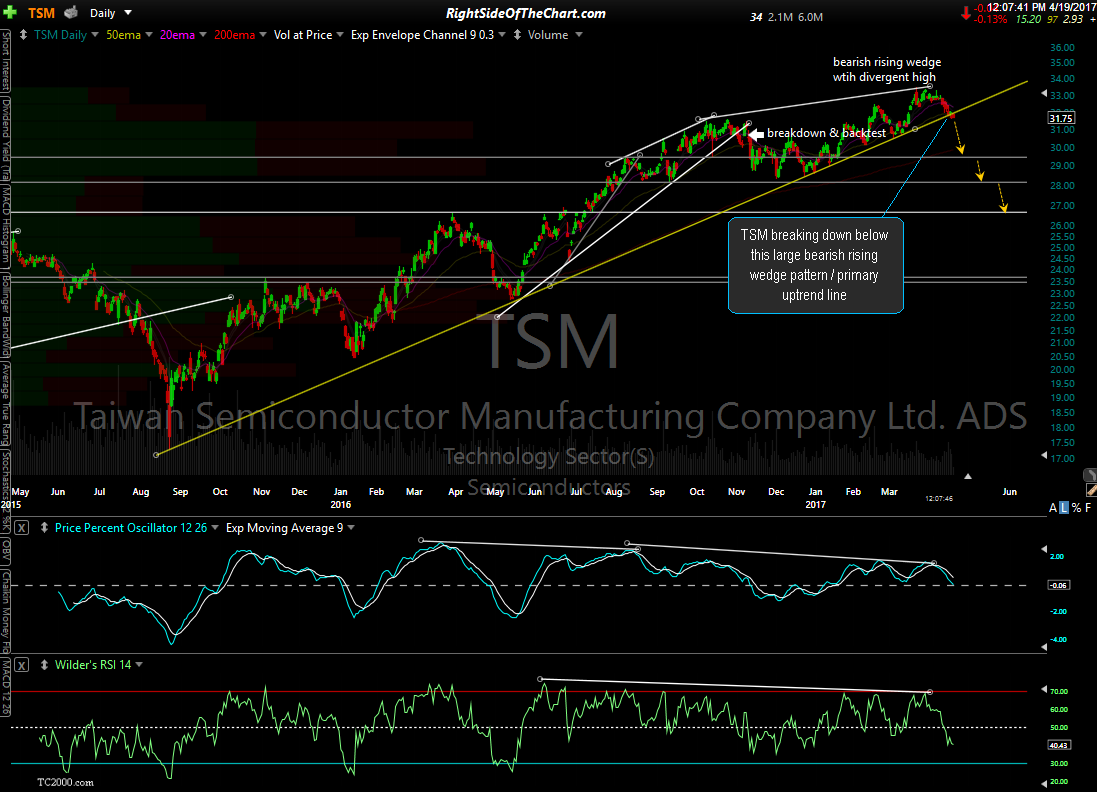 TXN (Texas Instruments) recently broke down below this well-defined bearish rising wedge, confirmed with negative divergence, and is currently offering an objective short entry on this backtest of the wedge from below. 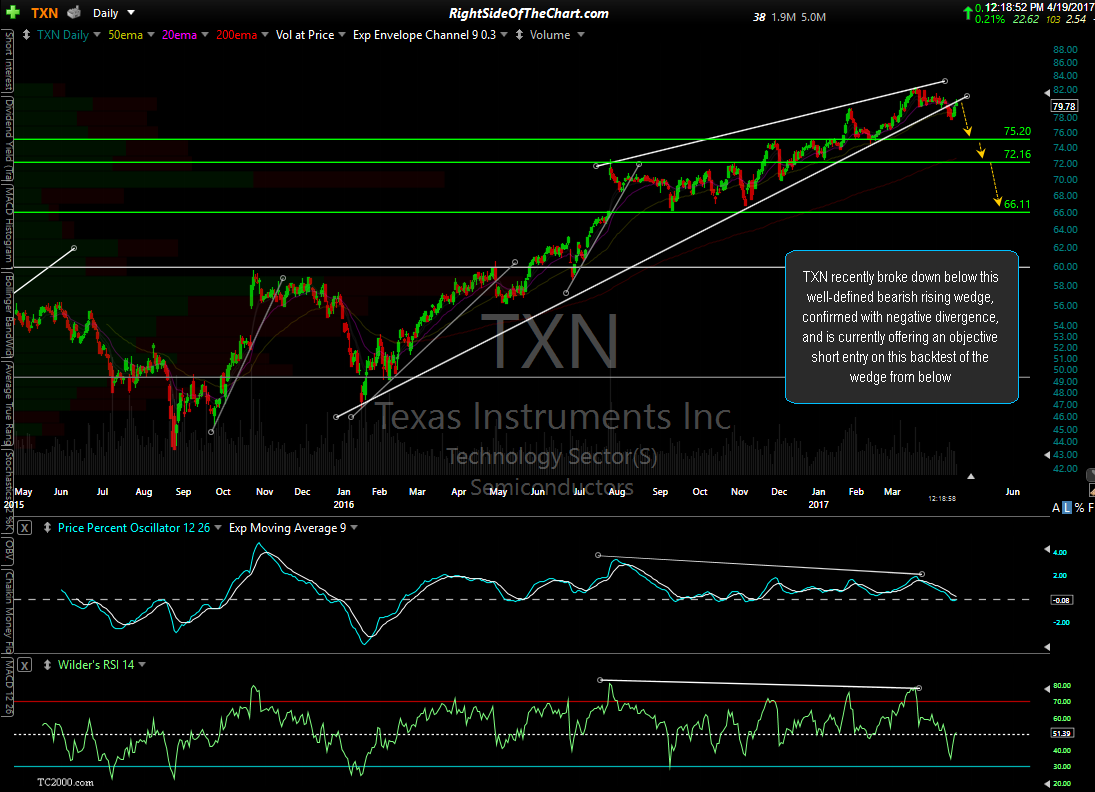 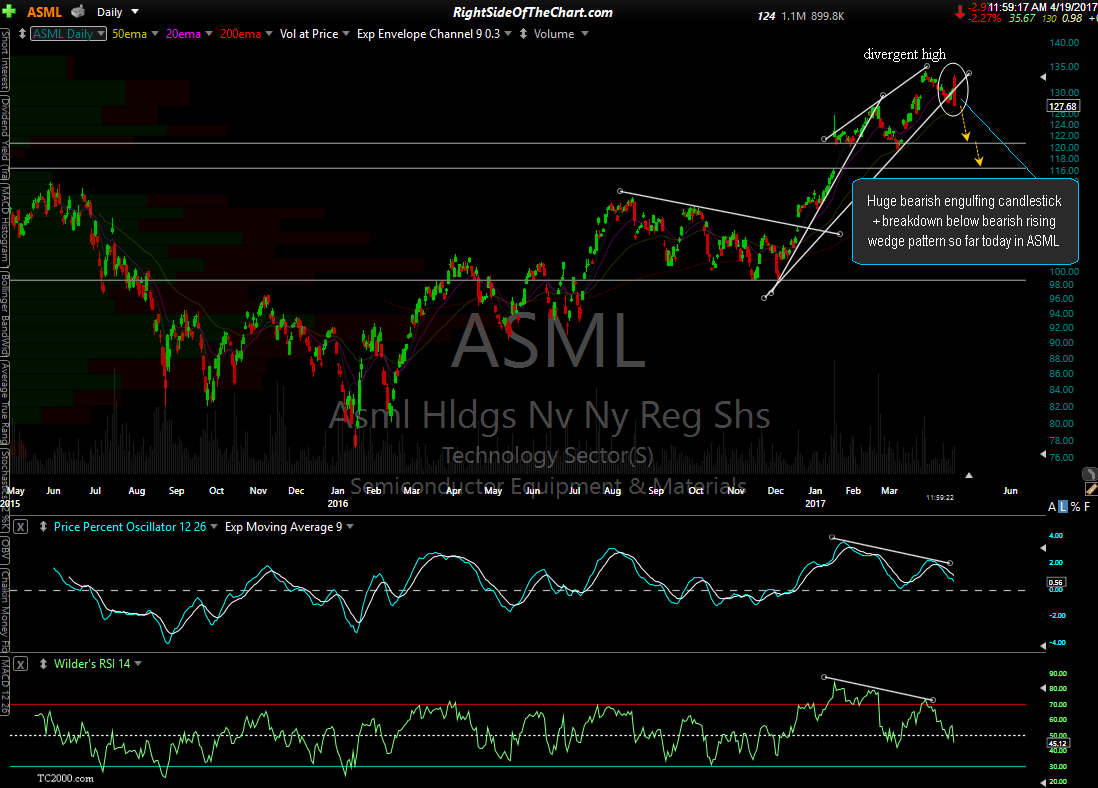