Regarding the downtrend lines on the 1 & 5-min charts that are covered in this video, since the recording, I just posted the following in the Trading Room:

Yep. Looks like the same TL on the 5-min charts I posted below. /ES & /NQ were since rejected twice off those TL & are making another run at them again at lower levels, of course. If I had to make a micro-call guess, I’d say those TL’s get popped to the upside soon which should trigger some buy orders & hit stops on shorts but then I would expect that breakout to fail (bull trap/stop raid) with the indexes going on to make a new low. Either way, sitting tight on my shorts for now. 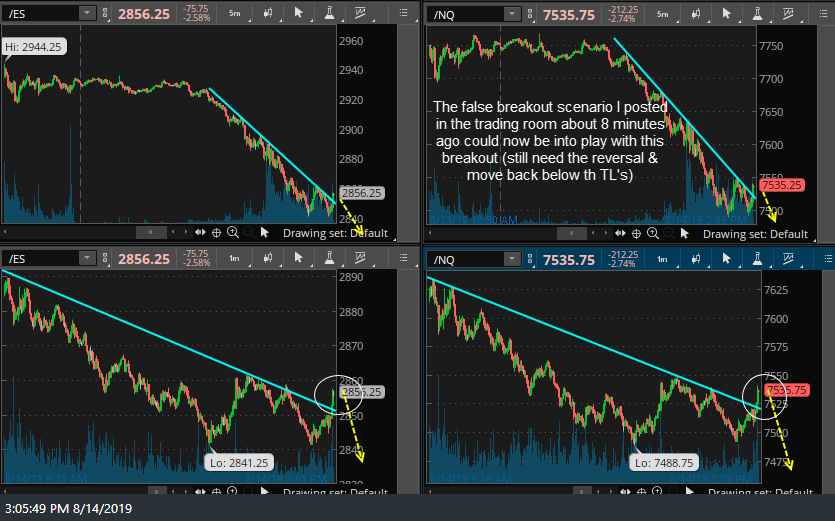