Another week with potential market-moving stocks set to report earnings, starting with GOOGL (Alphabet Inc) after-the-market-close (AMC) today. The “G” in the FAAMG stocks, GOOGL is backtesting its bull market uptrend line from below (weekly chart) while extending the divergences that were already in place preceding the 24% drop in Q4 ’18. Plenty of room for a post-earnings pop before a reversal so one to watch this week. 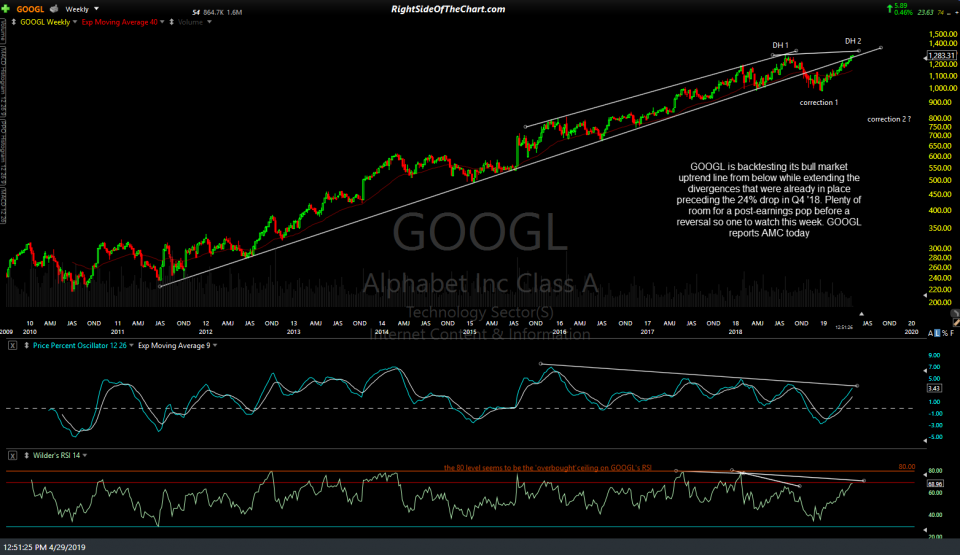 X (US Steel Corp) reports on Thursday AMC although AKS’s (AK Steel Holding Corp) earnings report & guidance AMC today has the potential to spark & rally & confirm the potential divergences on X and could provide a clue as what to expect from X when they report later this week. Daily chart: 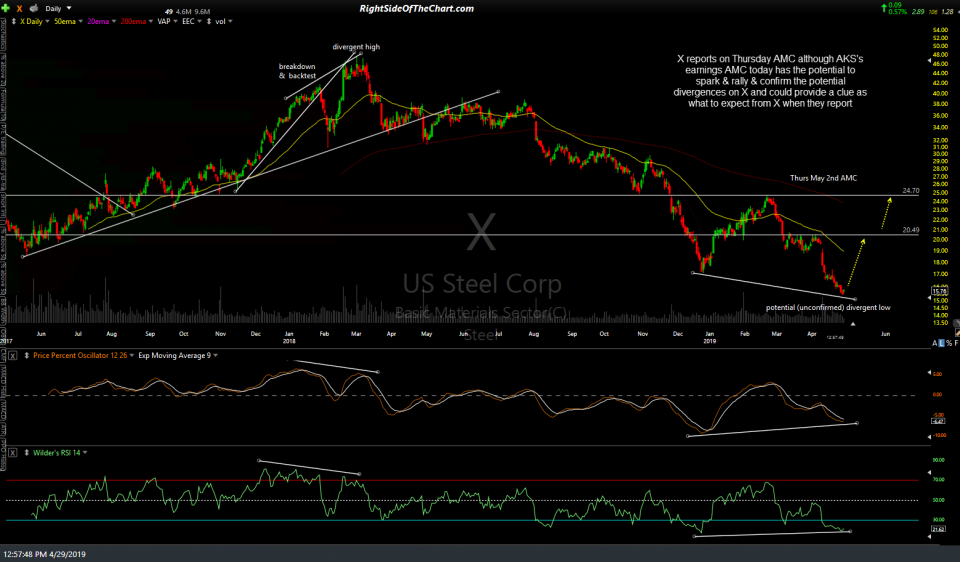 While no longer the market-moving stock that it used to be back before a bear market that has wiped out a significant portion of its former market capitalization, GE might warrant watching as a potential trade idea if the stock can take out this downtrend line generated off the bear flag pattern in late 2017 (note: the horizontal lines on this daily chart were price targets & the suggested stop from a previous trade back in early 2018, not current targets, although those will be provide if the charts start to firm up on GE). GE reports tomorrow, BMO (before the market opens). 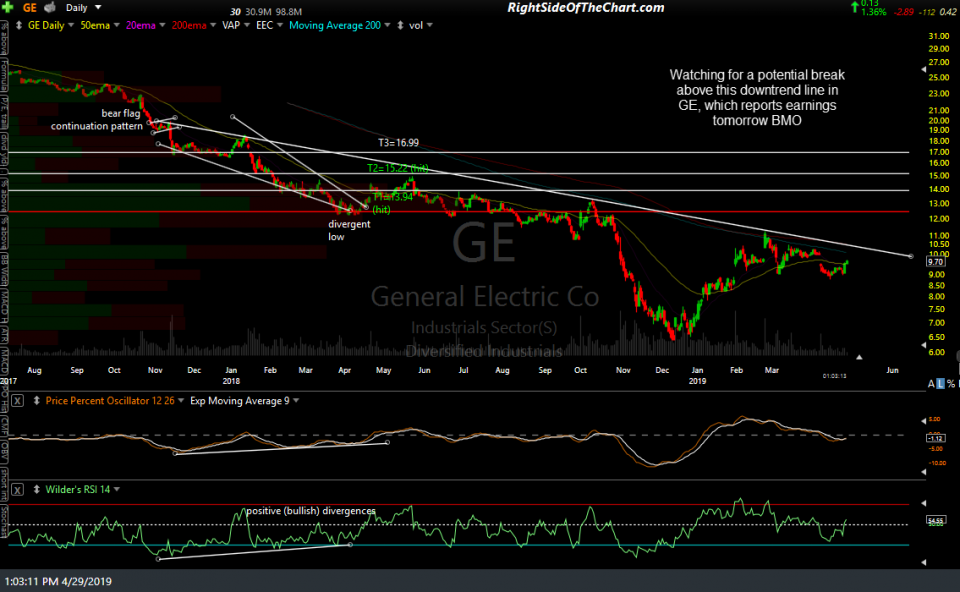 One of the “A’s” in FAAMG and most certainly a potential market-moving stock, AAPL (Apple Inc) reports on Wednesday AMC. Despite the strong rally off the Dec lows, AAPL is still 13% below its 2018 bull market/all-time highs & has yet to backtest this trendline from below. Also note the PPO signal line testing the key zero level from below on the weekly/first chart below. 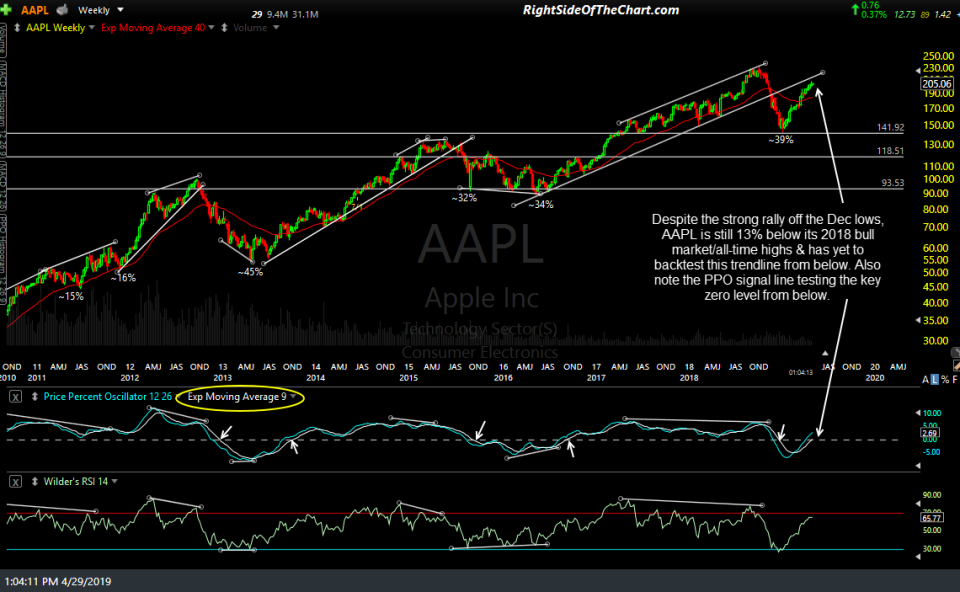 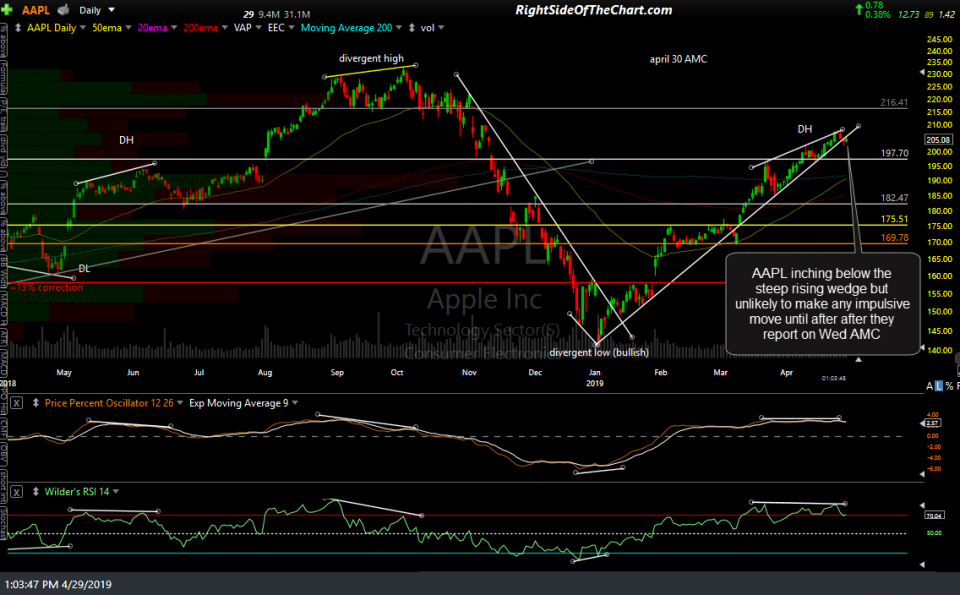 AMD (Advanced Micro Devices) also reports after the market close on Wednesday with the potential to set the tone for the semiconductor sector following Intel’s (INTC) big missed & earnings-induced wallop last week, which continues today with INTC down another 2½%. 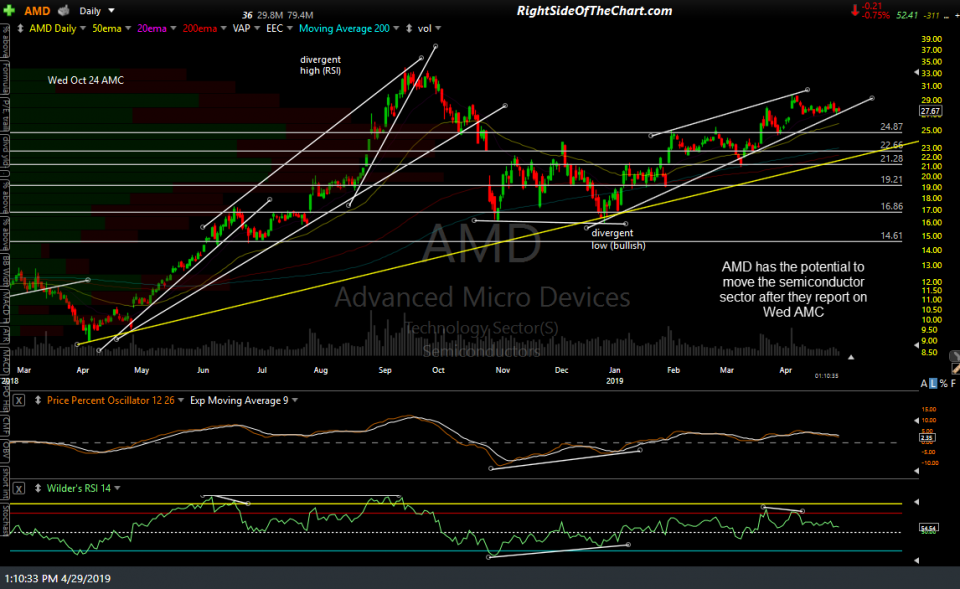 While far from a potential market-moving stock, I will be watching TNDM (Tandem Diabetes Care) as the stock remains in holding pattern, awaiting earnings on Tuesday* (*edit) AMC following the breakdown below the primary uptrend line & bounce off the T1 (1st target/support level). Smaller companies like this have the potential to make large gaps in either direction following earnings so this one remains an unofficial & aggressive trade idea for now although I may add it as an official trade, should the stock present an objective entry on later this week & the charts still confirm the bearish case at the time. 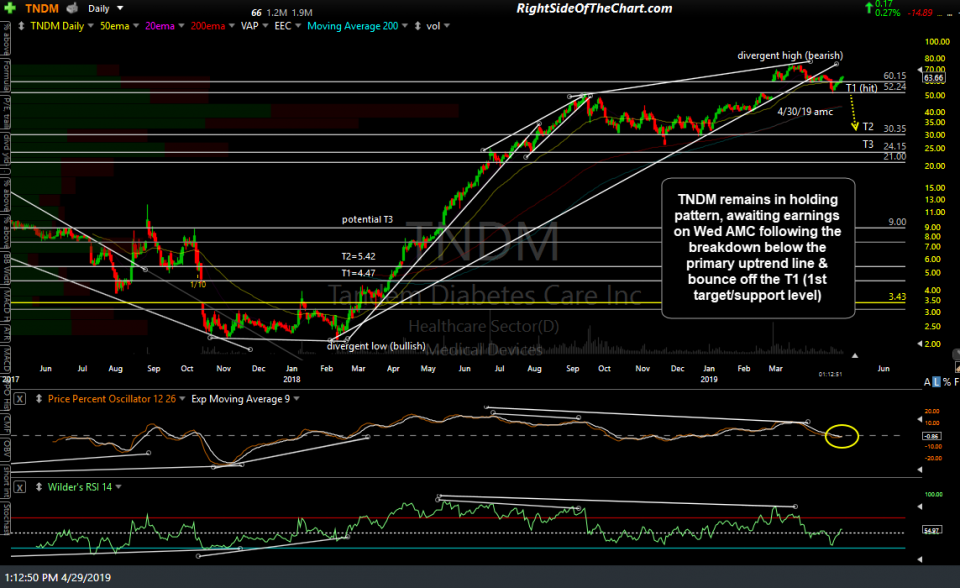