In addition to the odds of profit taking in front of next week’s FOMC meeting & earnings from, by far, the most potentially market-moving companies (AAPL, MSFT, GOOGL, & META) increasing from here with each tick higher on the heels the double-digit rally over the past 5 weeks or so, the 120-minute charts of /ES (S&P 500), /NQ (Nasdaq 100), & /RTY (Russell 2000) below have about 3 other reasons why I booked profits on longs & went to a net short positioning yesterday (which I am sticking with for now):

Yes, that whole “paradigm shift” thing still very much appears to be in play but at this time I think that, at best, the “easy” money from the initial leg off the mid-June lows has been made & we’re more likely to see the rate of ascent slow or stall out as traders become hesitant to take new long positions in front of next week’s FOMC meeting & biggest earnings week of the entire season while at worst, we could see substantial profit taking in front of the aforementioned market-moving events next week. Maybe, maybe not but what I can stay with certainty is that the risk/reward to longs is not nearly as attractive as it was a month or so ago & as such, this appears to be a good time for those with nice profits on longs over the past month or so to either book some profits or at least tighten up stops to protect them. 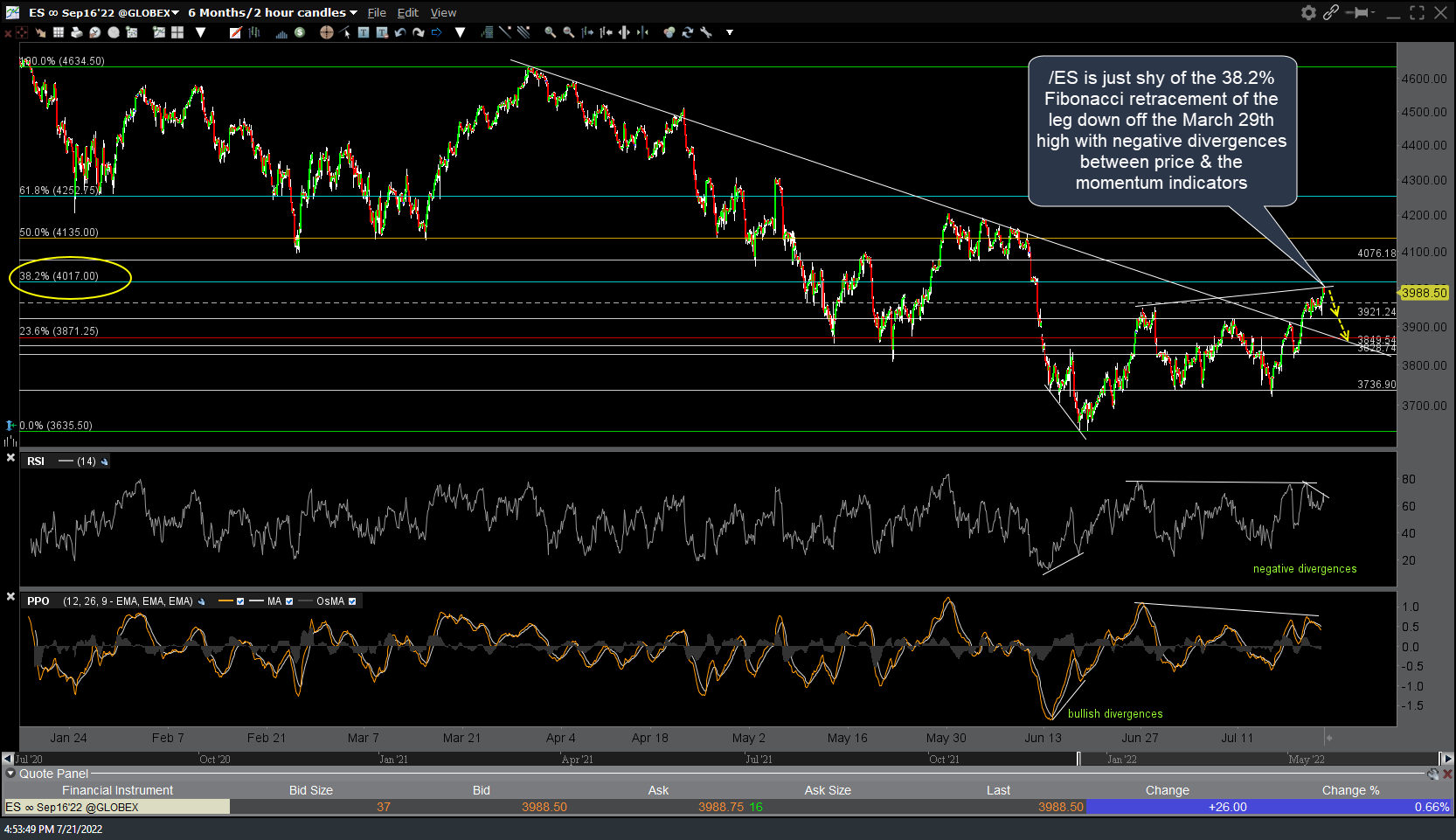 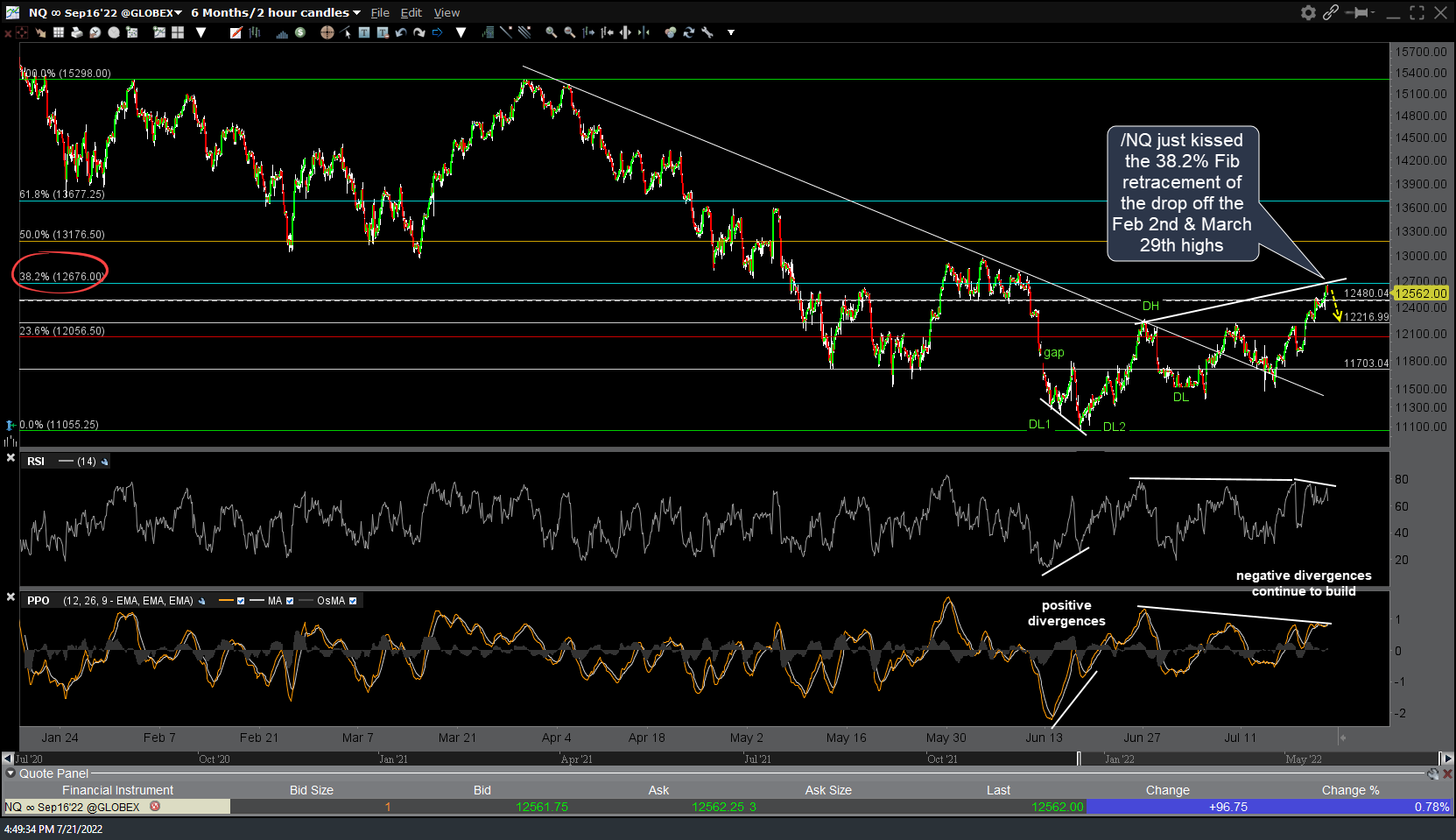 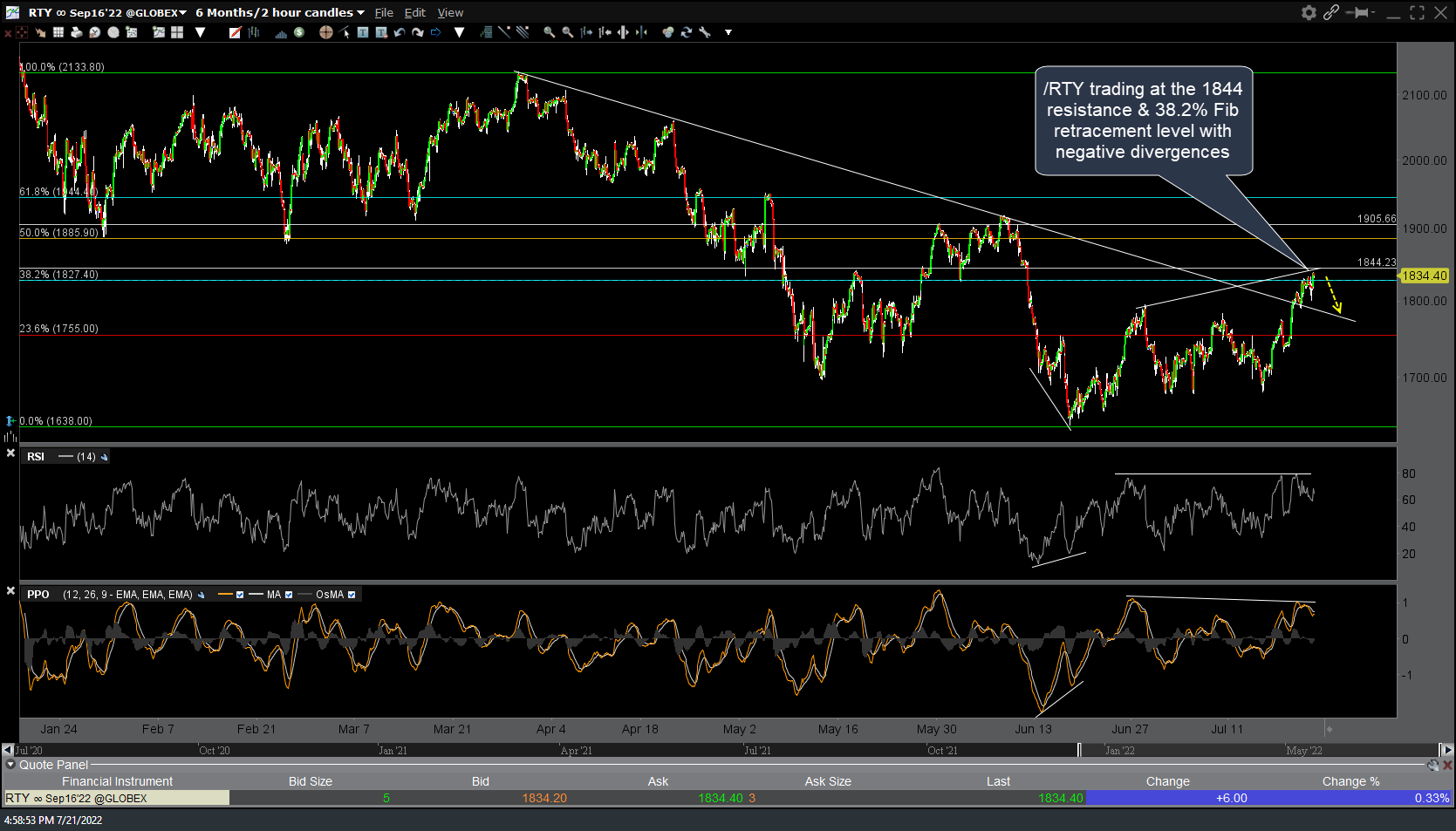