Breakout of fakeout? SPY gapped above the post 6/11 sell signal trading range. Should it hold & build on this morning’s gains, that would be bullish while a drop back below 311 would be bearish (false breakout). Daily chart below. 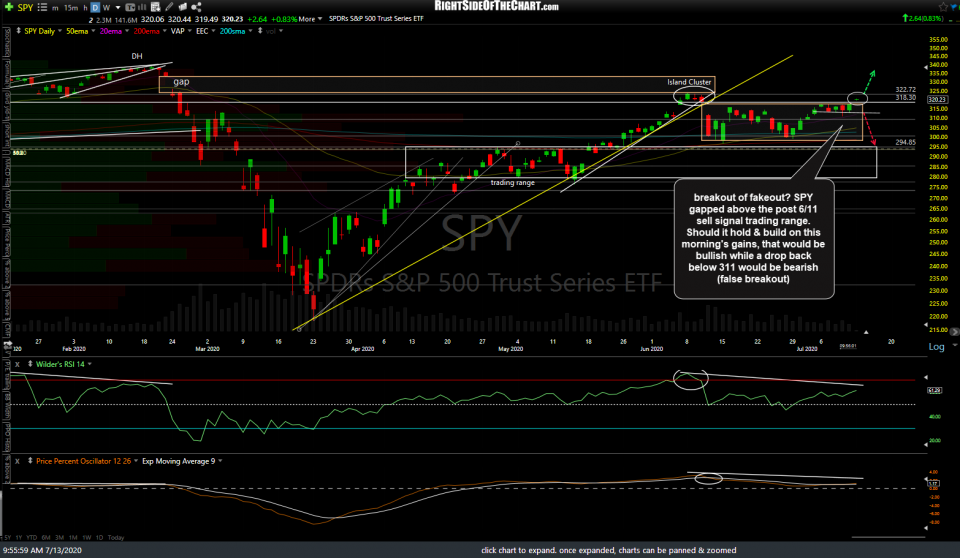 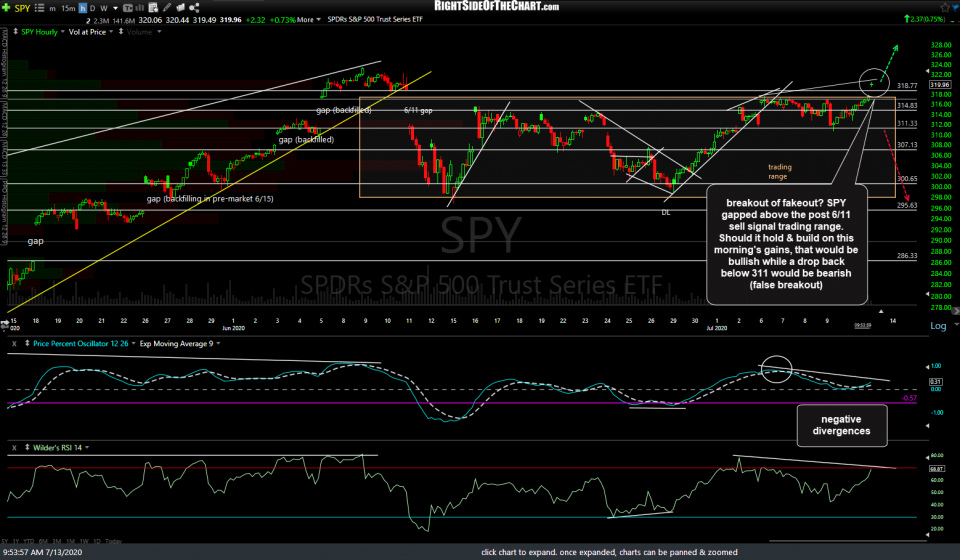 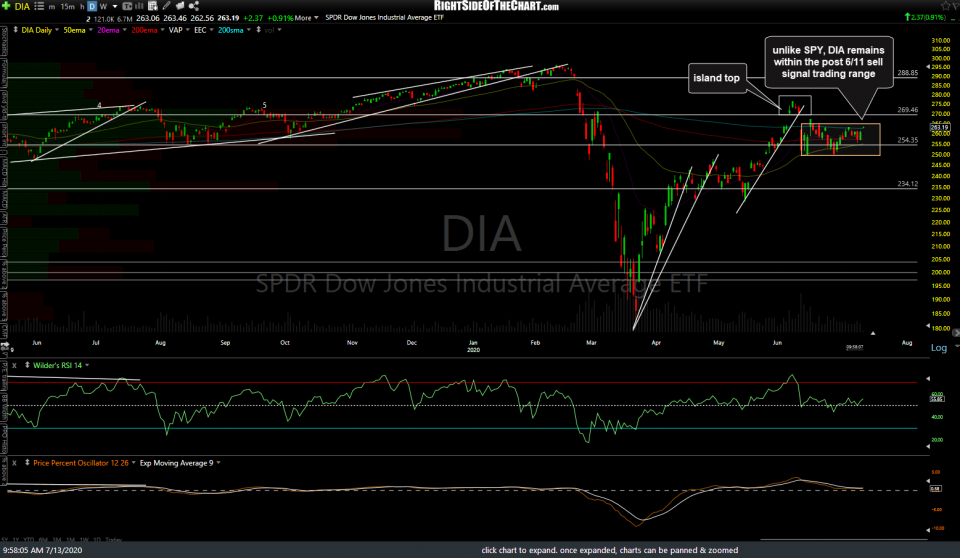 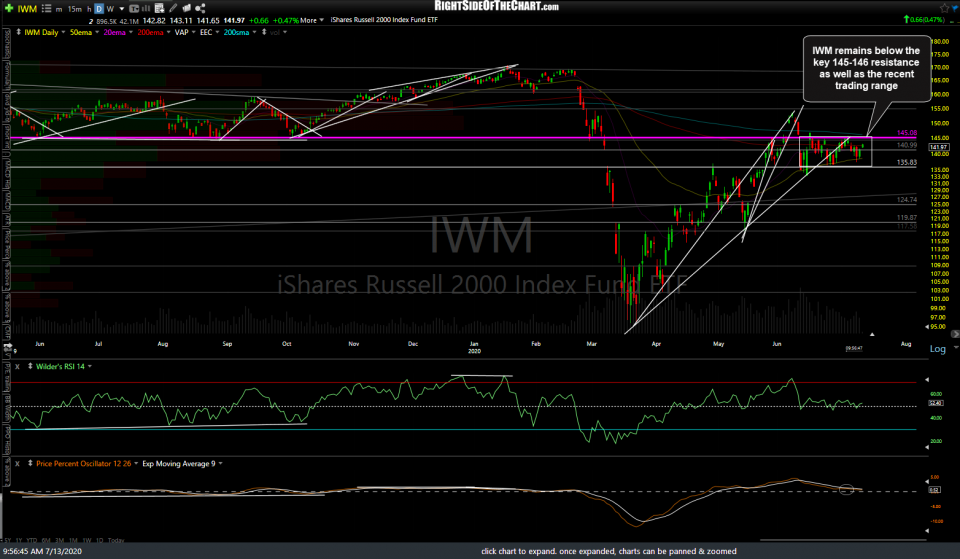 QQQ continues to do its own thing with negative divergences building on this 60-minute chart with a series of corrections following the previous divergent highs in recent months, all of which were followed by corrections of approximately 5%. Also, note the RSI is approaching the extreme 78.30 level which has preceded corrections in recent months. 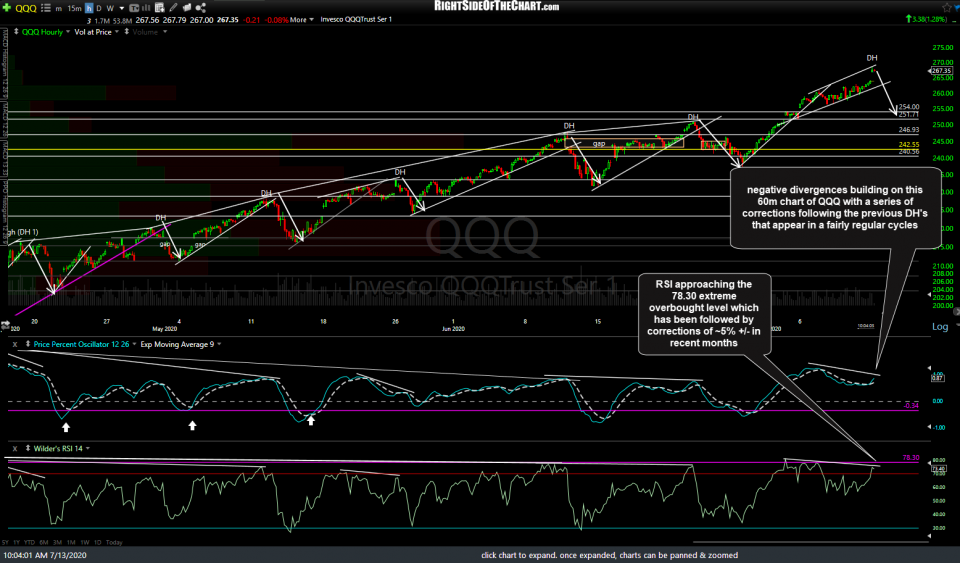