No need for another lengthy video for today’s market wrap as just this one chart will suffice. SPY (and /ES) closed right on their uptrend lines off the mid-June lows with the positive divergences still intact. At the risk of over-simplifying things, essentially it will be bullish if the buyers can rally it off this key support this week & bearish if the sellers take that level out with conviction. 60-minute chart below. 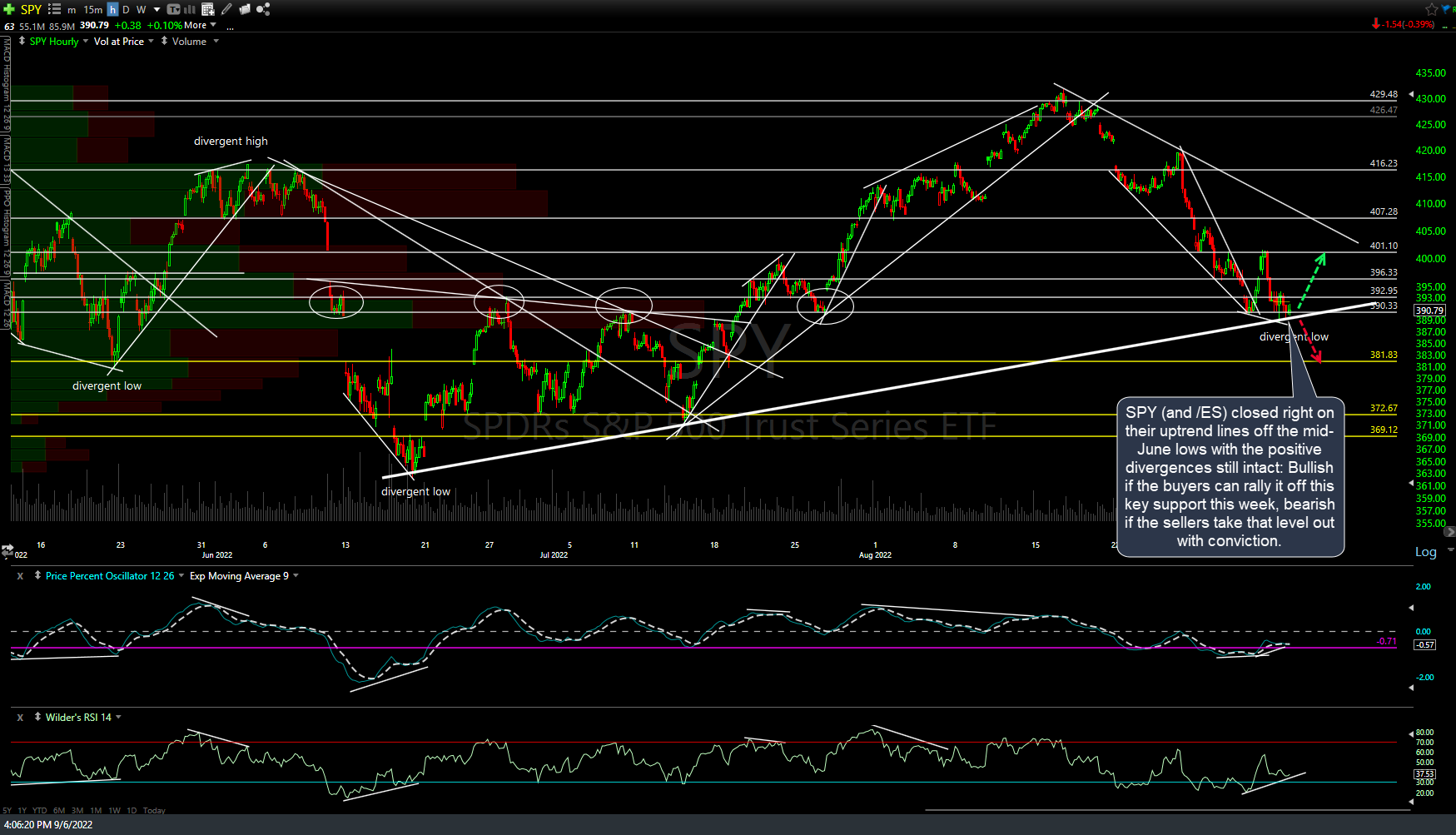 The price action has been clearly bearish since the S&P 500 rallied into & was impulsively rejected off its 200-day SMA on August 16th with mostly impulsive selling & red daily candlesticks since. The bigger picture (weekly & daily charts) still clearly indicates (to me) that we are in a bear market with more downside yet to come although even in a bear market, one must recognize & respect oversold pullbacks/drops to key support levels, especially with divergences in place on the 60-minute time frames.

While in a bull market, pullbacks to support with bullish divergences on the 60-minute charts are often the catalysts for rallies to new highs & beyond, in a bear market such developments are typically either followed by a tradable counter-trend rally or, in some cases, result in nothing more than a relatively brief pause or “speed bump” on the road down to the next downside price targets.

Other than the fact the major stock indices printed another red candle today, some of the other bearish developments that I noted were the sharp drop in the major cryptos that started shortly after the open today. As risk-on assets highly correlated with the stock market for the past year, Bitcoin & Ether had been rallying recently and, like the stock market, closed down on or near key support today & need to rally soon to keep the potentially constructive developments (divergent lows at support) intact.

Bottom line: Since the major stock indexes fell to key support with (60-minute) positive divergences followed by the impulsive breakouts of those 60-minute bullish falling wedges late last week, the sellers stepped in hard to sell those breakouts, overwhelming the buyers who were still M.I.A. throughout the day today. However, as I like to say, support is support until & unless broken so for now I’ll call this a stalemate or Mexican Standoff as the buyers battle the sellers with the next tradable trend likely to be determined by the winner of this battle. To be continued tonight (in the Globex futures session) and/or into tomorrow’s regular session. 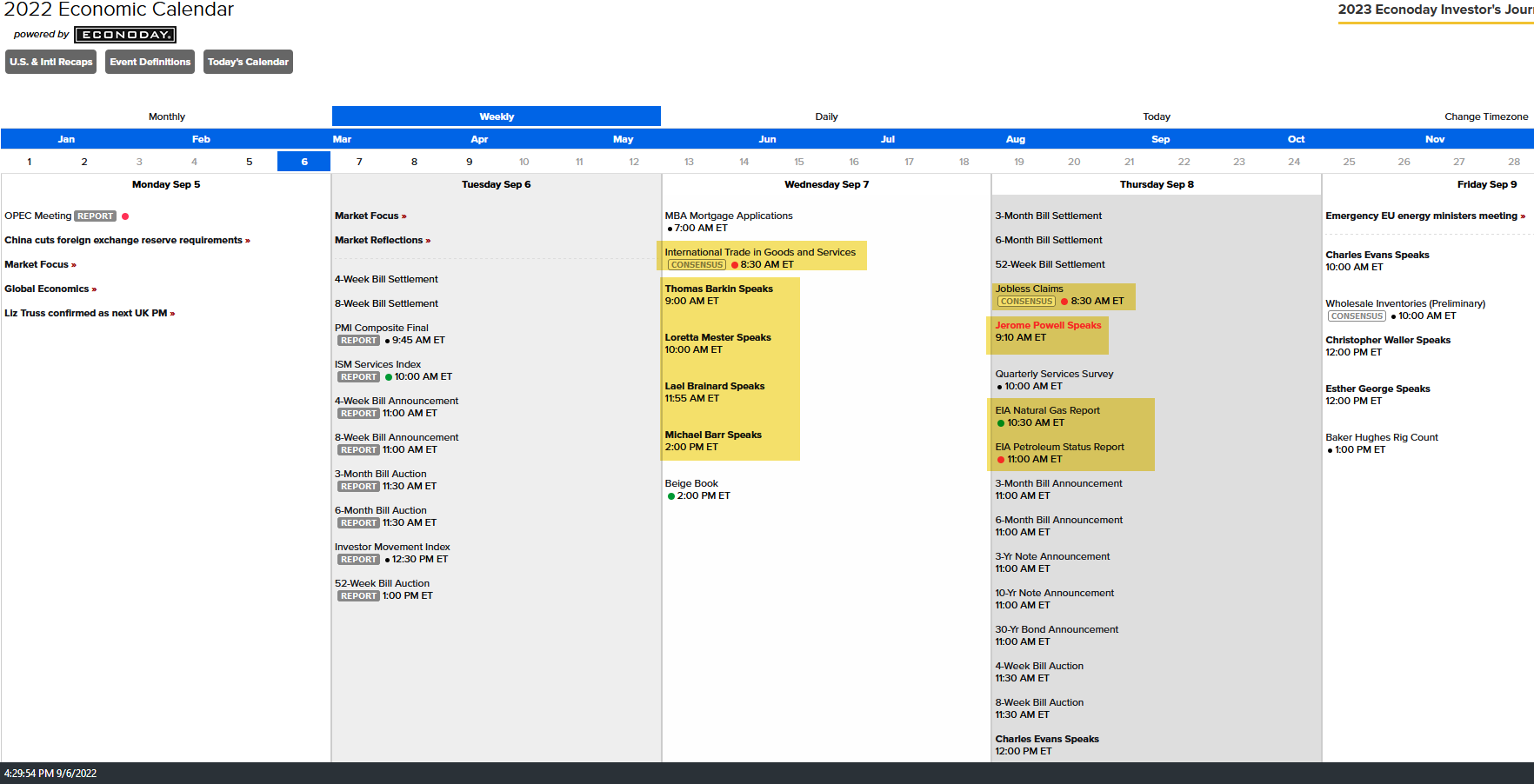 I’ve highlighted some of the potential market-moving events scheduled for the remainder of the week on the economic calendar above, including several Fed members tomorrow & Fed Chair Powell on Thursday. Nat gas & crude traders should also note the inventory reports on Thursday as well.