3 Insurance Stocks Poised For A Correction

3 Insurance Stocks Poised For A Correction

The following three insurance stocks appear poised for significant corrections after they report earnings within the next couple of weeks, any or all of which may soon be added as official trade ideas.

The first to report on Monday, July 29th after the market close (AMC) is ACGL. This is a simple Wash, Rinse, Repeat trade setup: Go long on breakouts following the divergent lows & go short on breakdowns following the divergent highs, such as the most recent DH on July 10th, with the stock currently testing the uptrend line and next week’s earnings report likely to be the catalyst for a breakdown & ~20% correction off the divergent high. Daily & weekly charts below. (gallery charts may not appear on email notifications) 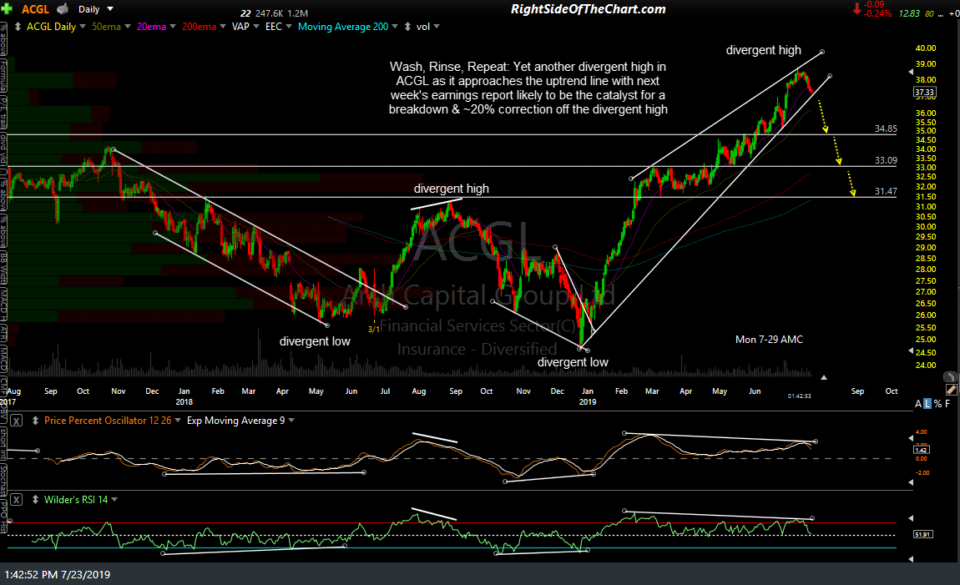 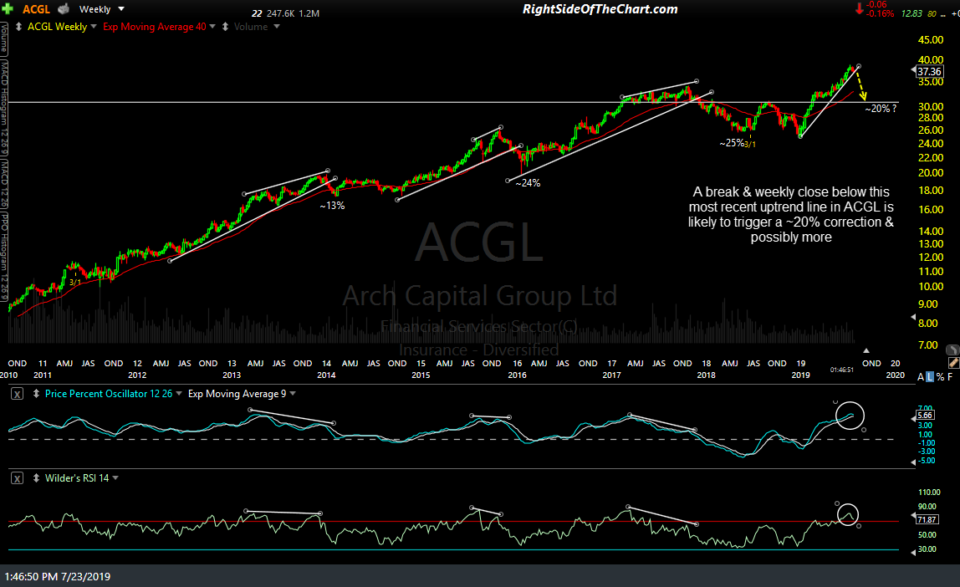 Next up is HIG (The Hartford Finanical Services Group) which will offer an objective short entry on an impulsive break below these intersecting uptrend lines with their Aug 1st earnings likely to be cited as the reason (only after-the-fact, of course) for a drop to these two price targets that is already prices into the charts. 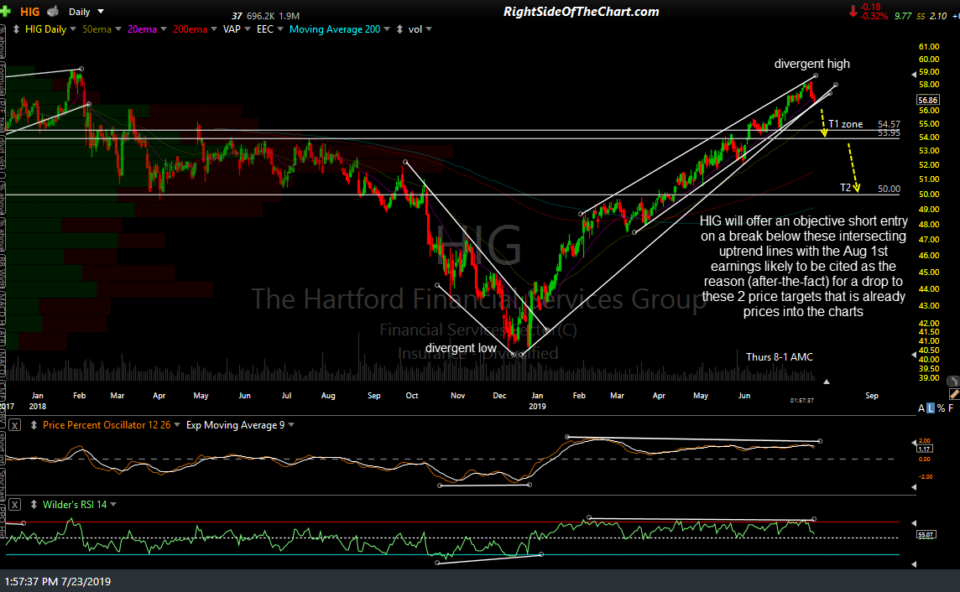 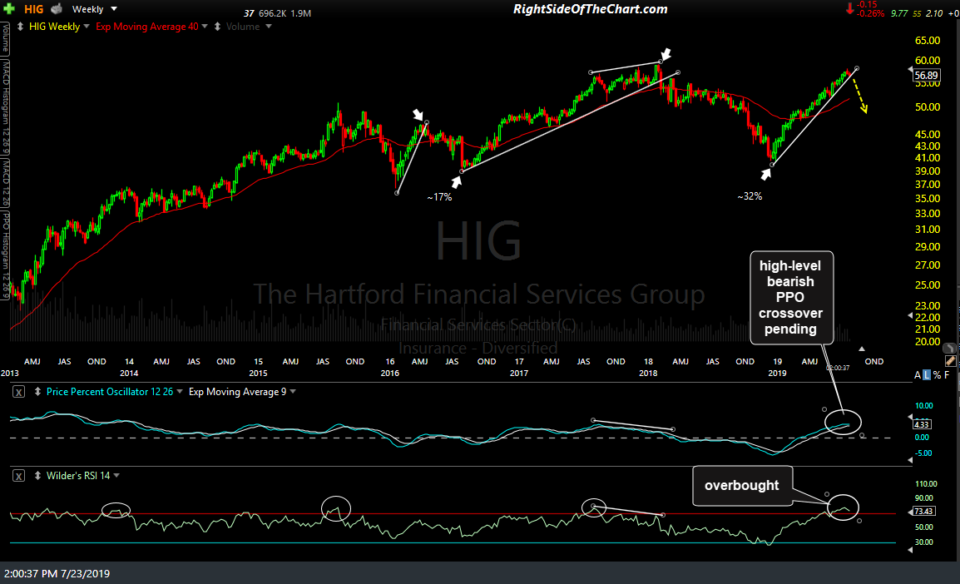 Last but not least, AIG (American International Group) reports on August 8th AMC although I might not wait until then as AIG appears to offer an objective short entry here as the stock is pinched between the minor uptrend line (support) from below with both downtrend line resistance as well as a fairly significant resistance zone defined by the 56.57ish (first line) and 58.50 (2nd horizontal line) just above.

While the most objective & highest probability short entry on AIG would be to wait for a break below the minor (upper-most) uptrend line, shorting a stock at resistance, if & when other technicals on the chart confirm, is also objective with the appropriate stops in place somewhat above that resistance. Additionally, based on the current bearish technical posture of many of stocks in the insurance industry, I would suspect that some of the upcoming earnings reports over the next week or so will likely start to set the tone for the sector as a whole, putting pressure on those stocks that have yet to report, assuming those reports lead to breakdowns/sell signals on some of those first-to-report companies. Also, keep in mind that the 800 (or really 8,000) lb. gorilla in the insurance industry, Berkshire Hathaway (which has been selling down impulsively over the past couple of weeks) is scheduled to report earnings on Monday, August 5th BMO.

These are being passed along as unofficial trade ideas as of now as; 1) these are only trade setups that have yet to trigger a sell signal and 2) earnings can result in large opening gaps in either direction so establishing a new position just before a company reports always adds an additional degree of risk to a trade.

Thank you Randy! Would TRV fall under the same category. I know it already reported and started to correct, was wondering if its not too late to get in

TRV is in the Property & Casualty Insurance sub-sector whereas the 3 I highlighted are in the Diversified Insurance industry but yes, similar chart & related industry although TRV already broke down below trendline support & has fallen quite a bit. Right now, I have TRV in what I call ‘no man’s land’; smack between support (what would be my price target of 143.20ish) and resistance (the recently broken trendline). As such, not a very objective short entry on TRV right now.