TLT Gaps Above First Target For a 5% Profit

TLT Gaps Above First Target For a 5% Profit

The TLT (20+ Year Treasury Bond ETF) has gapped above the first target, T1 at 116.48, to open at 116.81 where any standing sell limit orders at 116.48 would have been filled. As such, the revised first target is today’s opening price of 116.81. Including the dividend of 0.274697 that was paid on November 7th as well as the 0.266873 dividend that will be paid on December 7th to anyone that was holding TLT as of yesterday’s close when the stock went ex-dividend, even if they sell TLT anytime today and also factoring in the suggested beta-adjusted position size of 1.8 on this trade, that results in a beta-adjusted gain of 4.7% on this trade. Previous & updated daily charts below: 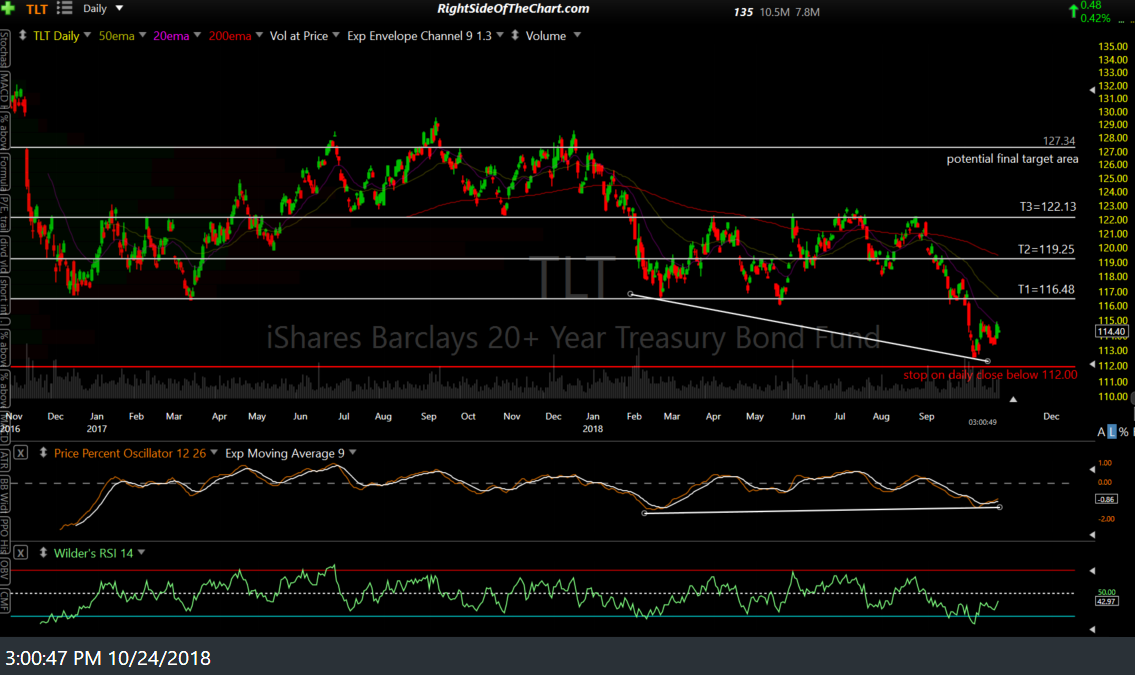 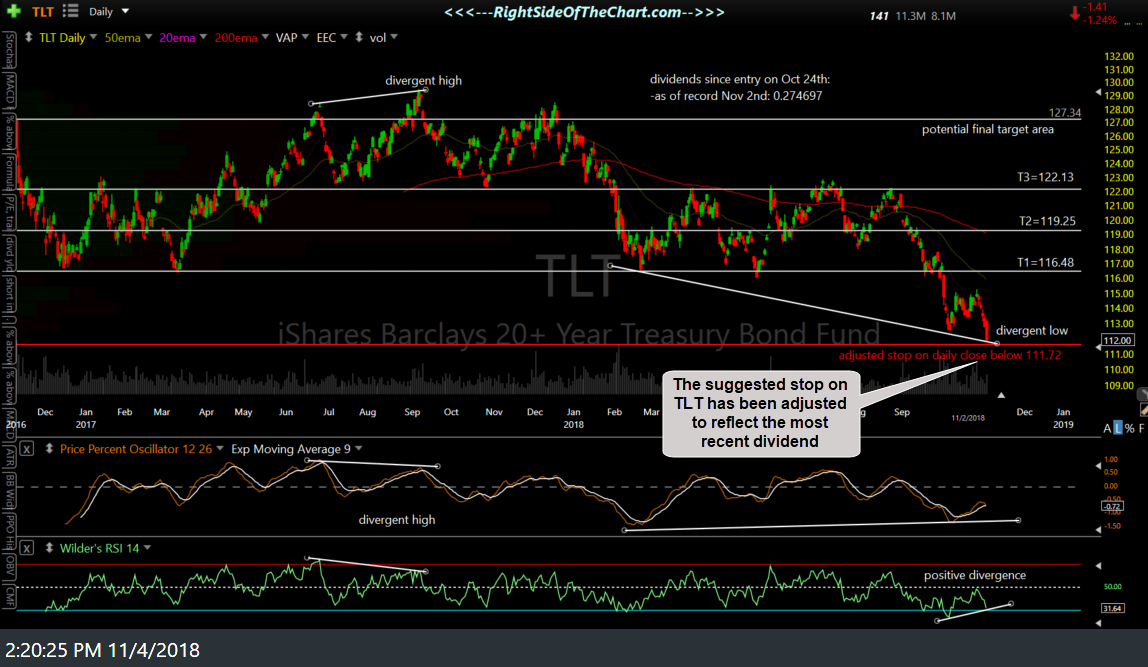 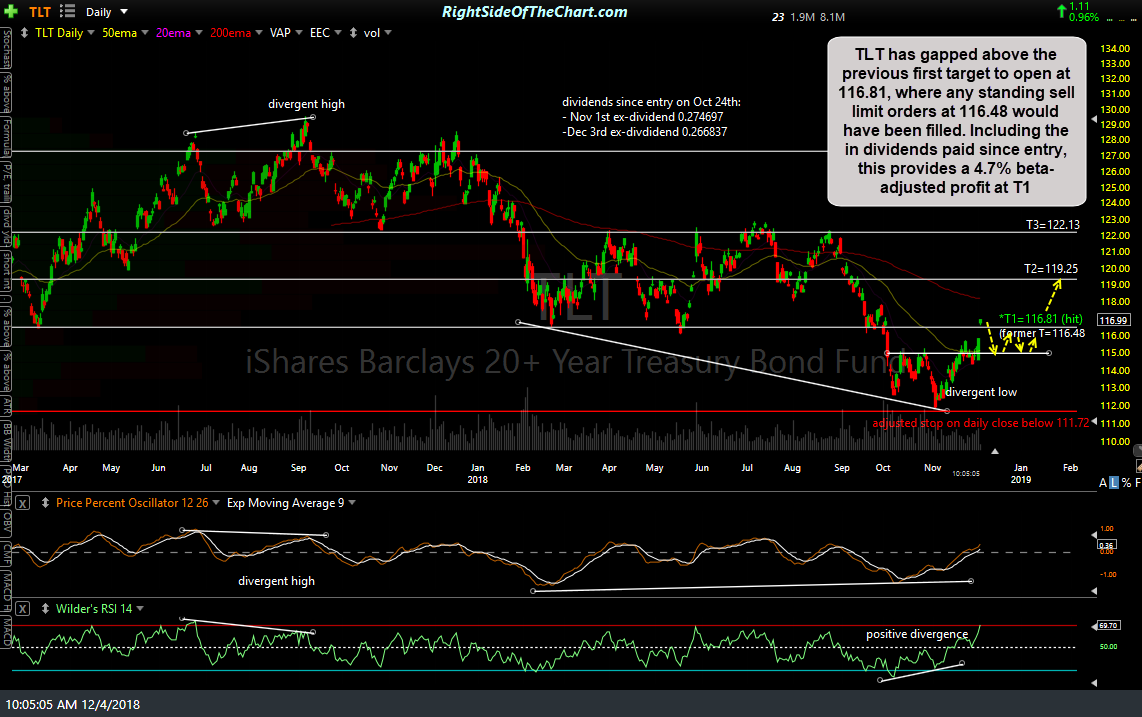 I was considering revising the final target on this trade to T1 as this is a significant resistance level on TLT where the odds for a reaction are pretty high. However, my definition of a reaction is either a pullback or a period of consolidation (or both) and despite the increased chance that TLT might pullback or trade sideways for a few weeks or even several months around this level, I still like the intermediate-term outlook for long-term treasury bonds and as such, I will leave this trade as an Active Trade for now with the second & third price targets as is.

With that being said, one might consider raising stops to protect profits at this time while active traders might opt to book partial or full profits, possibly re-entering the trade strategically on the next objective entry. Long-term traders, including those that purchased TLT as a Growth & Income Trade and/or for diversification within the portfolio via asset allocation might opt to ride out any relatively minor pullbacks or consolidation periods as the nice thing about holding a bond fund during periods of sideways trading is that you get paid to wait, unlike some non-yielding assets such as commodities or stocks that don’t pay a dividend.