The TLT (20+ Year Treasury Bond ETF) swing trade + growth & income trade idea has hit the final price target, T2 at 119.25, for a beta-adjusted gain of 8.5% (non-adjusted gain of 4.7%). Consider booking partial or full profits and/or raising stops if holding out for additional gains. 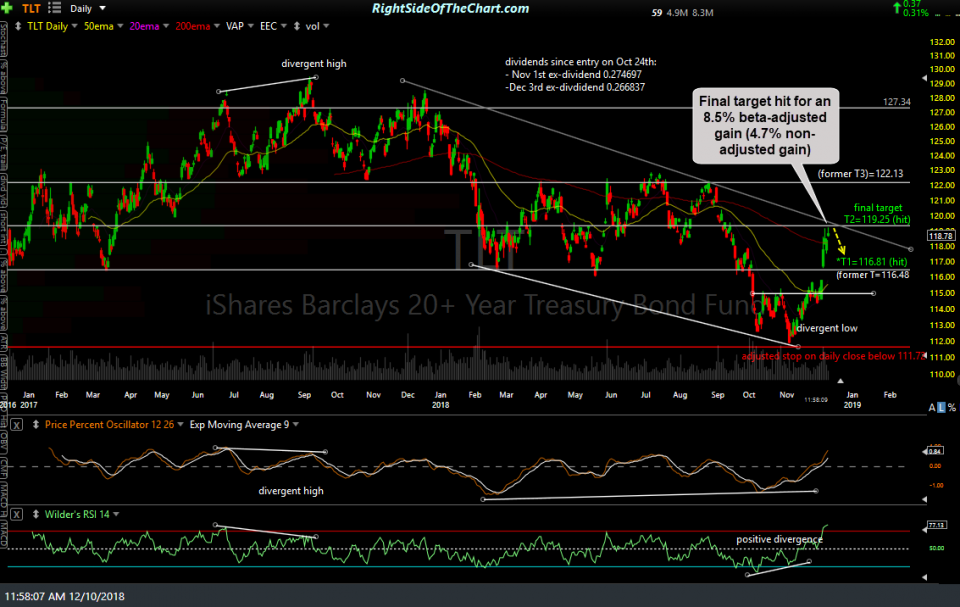 The original price target for this trade was T3 at 122.13 with that target eliminated in this post published earlier today in which T2 was revised as the final target. The 8.5% beta-adjust gain was calculated based on the Oct 24th entry price of 114.40 plus the two dividends totaling 0.541534 since that entry, multiplied by the 1.8x overweighted suggested beta-adjusted position size for this trade.

While I believe the odds favor a pullback or substantial consolidation in the coming weeks, it still appears that the intermediate to longer-term outlook for TLT remains bullish and as such, I may add TLT back as another official trade soon if the charts confirm, most likely sometime after the start of the new year. This trade & all associated posts will now be moved to the Completed Trades archives for future reference.