SPG (Simon Property Group) is still on watch as a potential long Swing Trade + Growth & Income trade idea. As the stock is scheduled to report quarterly earnings before market opens tomorrow, it would be prudent to wait until earnings are out of the way before establishing a position & risking a possible large earning/forward guidance-induced gap against the stock. 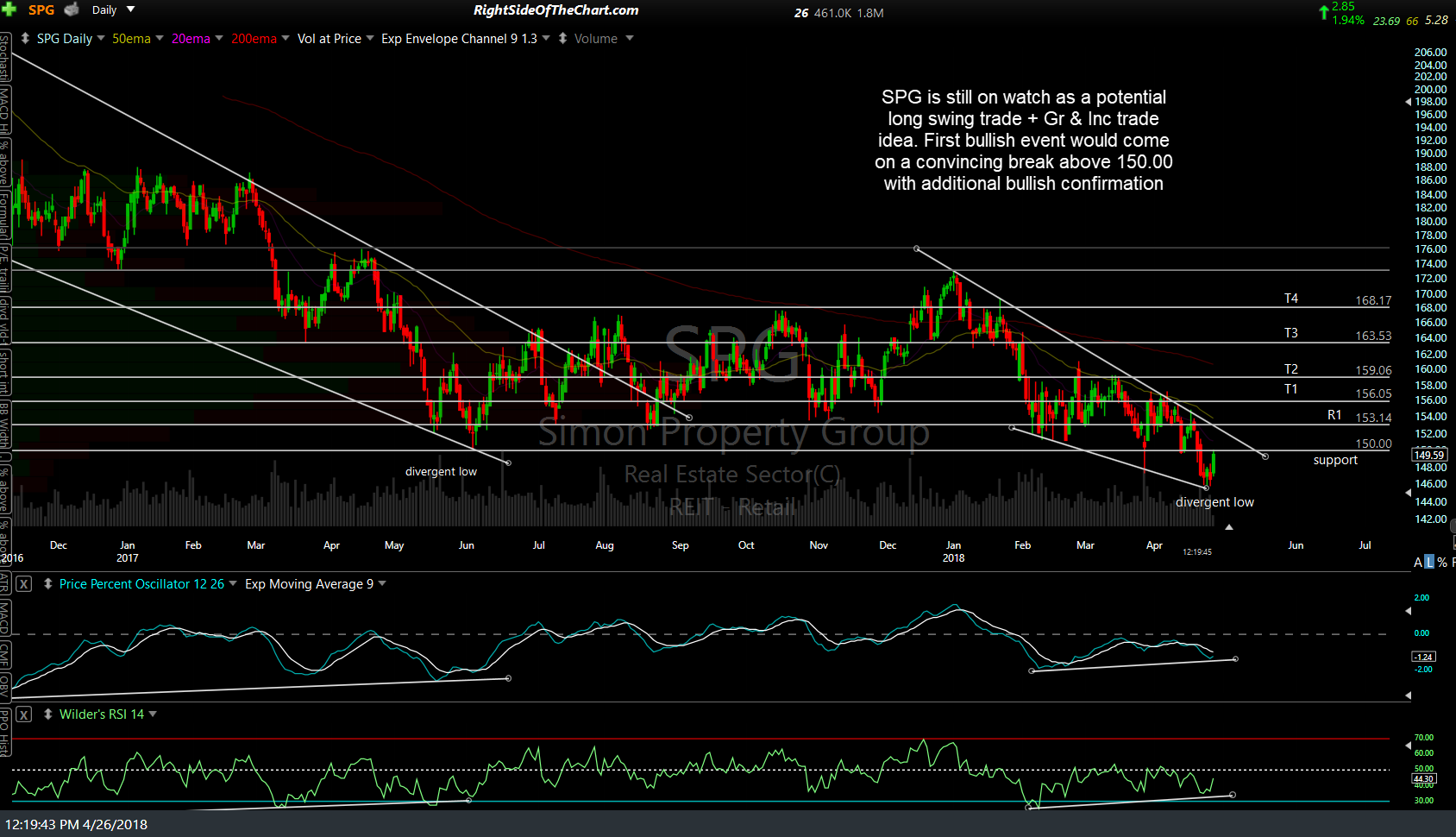 The first bullish event would come on a convincing break above 150.00 with additional bullish confirmation on a breakout above the downtrend line.  I have revised the potential price targets (shown here as the actual resistance level, not adjusted for an optimal fill) along with an initial resistance level around 153.14 which comes in just above the downtrend line. Should SPG become an official trade idea, quite likely Friday or early next week, an official entry (buy) trigger, price targets suggested stop & a beta-adjusted position size will be outlined.