With QQQ & SPY still holding above last Monday’s lows and even the top of Monday’s gaps (which I had stated earlier was key support that needed to be taken out to spark the next wave of impulsive selling), I could be jumping the gun on this one but based on my read on the charts as well as the recent price action over the past several trading sessions, I have decided to add SOXS (3x short semiconductor sector ETF) as an official Short Swing Trade around current levels. One could also wait for a solid break below the tops of Monday’s gaps in SPY & QQQ (around 288 & 183.50ish) before shorting the semis which would provide a higher-probability entry albeit, most likely at a less favorable price. 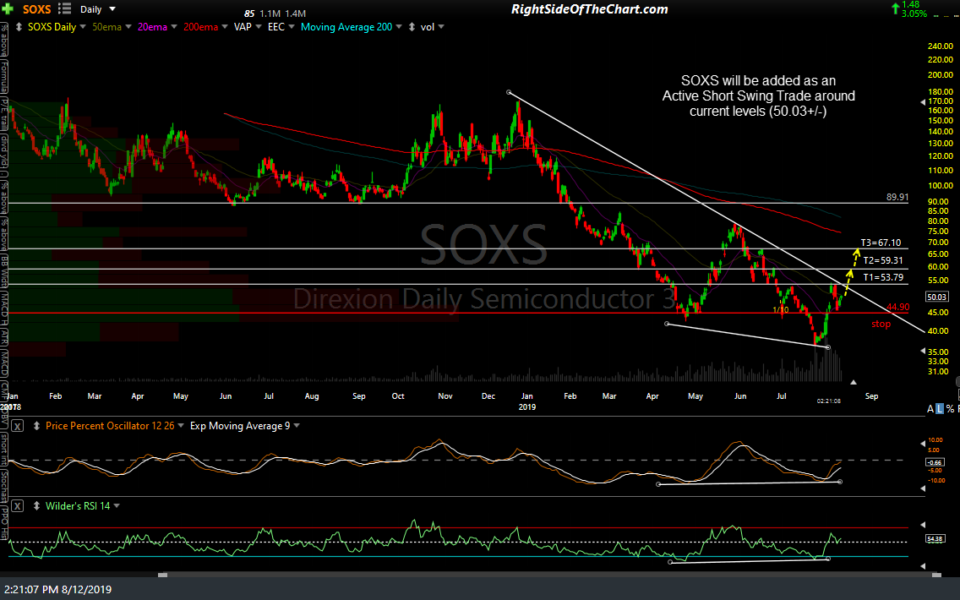 Note: One would buy or go long SOXS in order to short the semiconductors. However, as a short on the semis, this trade will be assigned to the Active Short Trades category. One could also opt to short a typical (0.9 to 1.o BAPS) of SOXX in lieu of buying SOXS.

I’ve also taken a postion in FAZ 3x financial bear. I believe the contagion risk from European banks (many of which many are plumbing new lows) is potentially high and the chart suggests to me a potentially similar set up.
https://www.tradingview.com/x/4WqBOL5W/

Are you still in this trade?