The PIR (Pier 1 Imports) Long Trade + Growth & Income Trade ideas has hit the final target, T4, for a 44% gain (and currently up 59%) since the entry less than 4 weeks ago. Consider booking full profits as the R/R no longer warrants remaining long. 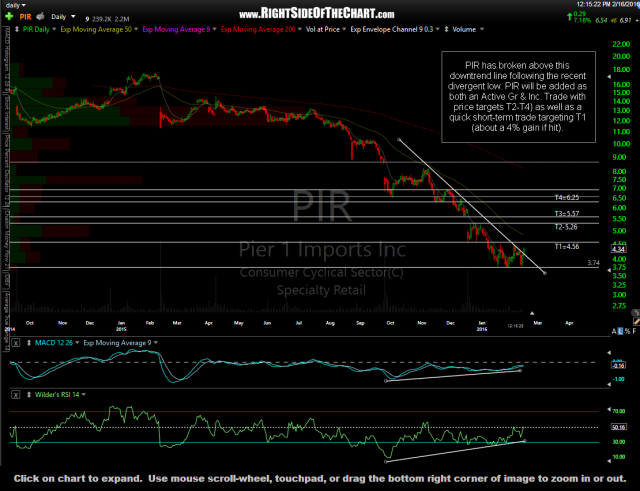 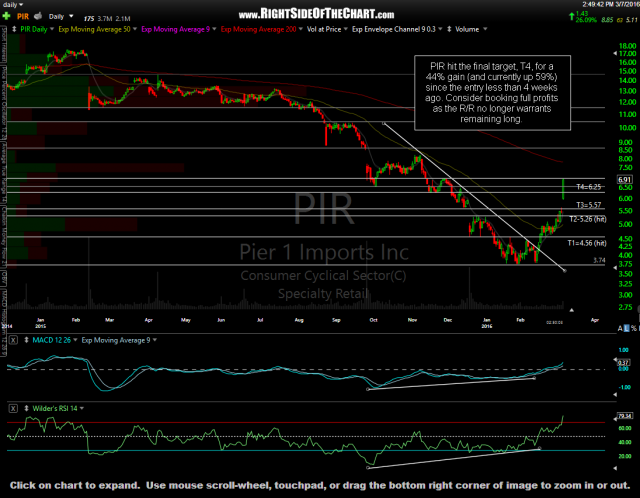 Although the Growth & Income Trade ideas are typically intended as long-term trade ideas lasting several months or more, due to the confirm bullish chart patterns, it is not uncommon to see these trades reach their final price target before the first dividend has even been paid since the trade was taken. As T4 was the final price target, PIR will now be moved to the Completed Trades category without any further updates. Original & updated daily charts: