The sole bounce target (downtrend line) from yesterday’s /NQ or QQQ short-term (long) trade has been hit, followed by a false breakout above which also coincided with a divergent high on the same 10-minute time frame that trade was based off. /NQ (or QQQ) now offers an objective short entry on this snap back to the intersecting downtrend & uptrend lines. Previous (yesterday’s) & updated 10-minute charts below. 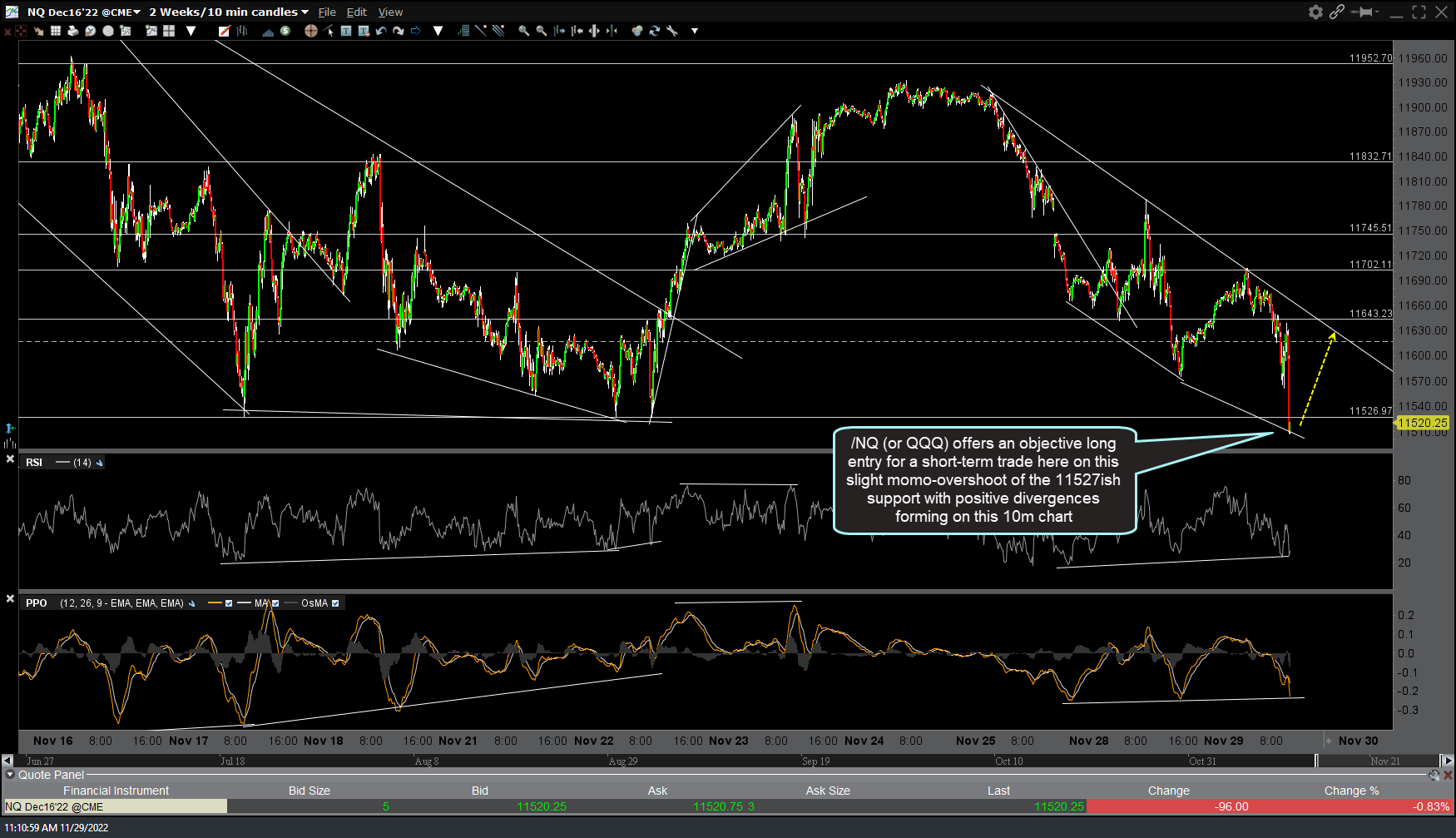 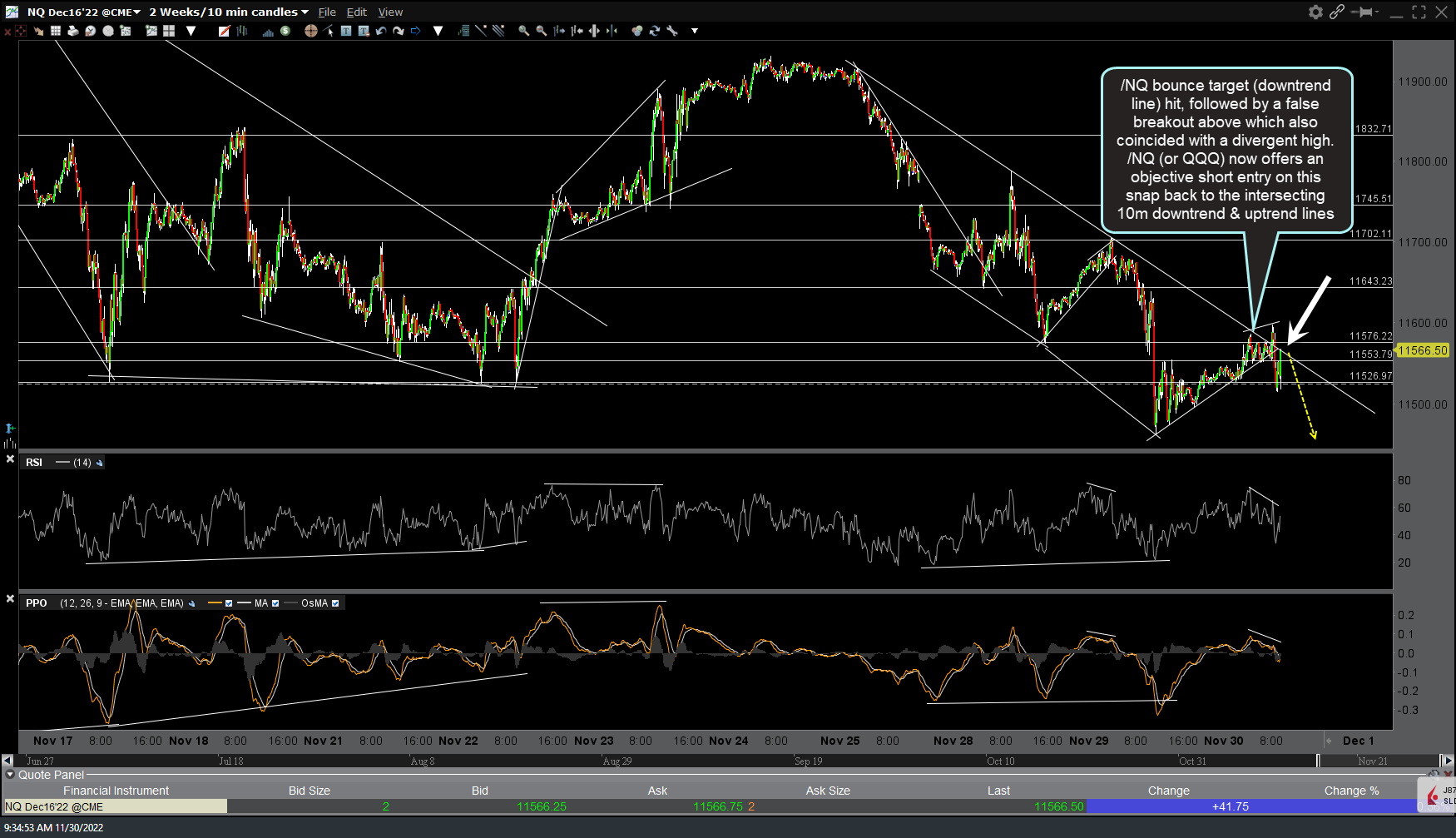 One could keep relatively tight reins on this short trade with a stop somewhat above the recent spike high around 11598 or give the trade some more room as it appears to me that the case for scaling back into a swing or trend short position on the major indices is firming up, despite the fact that the markets may, or may not, grind around until the FOMC meeting in a couple of weeks. I plan to follow up with a video making the case for adding back some swing or trend shorts as we head into the final month of trading for the year.