Following the 10:30 am weekly inventory report, /NG (natural gas futures) has made an impulsive breakout above the 1.985 resistance level which opens the door for the next leg up to my 2.096ish target. Previous chart from Feb 10th followed by the updated 60-minute chart below. 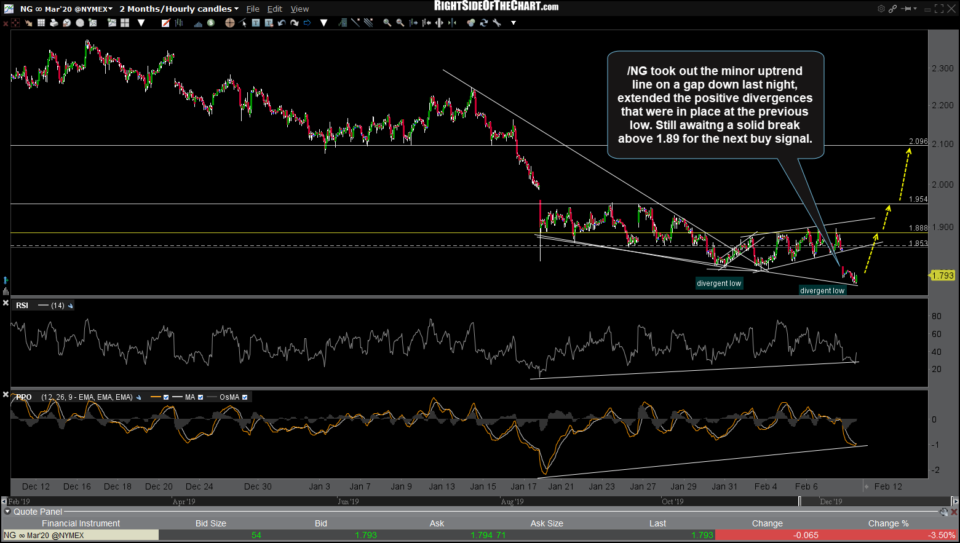 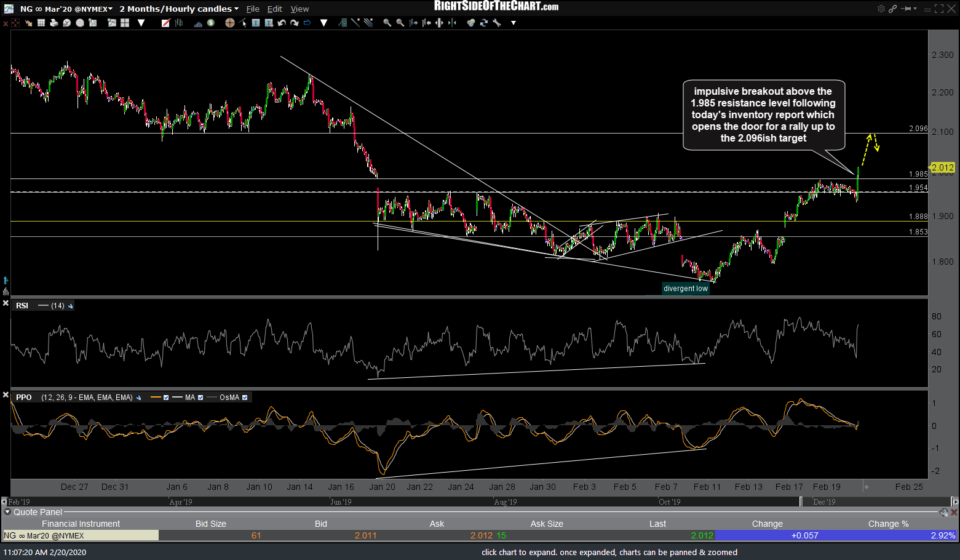 Likewise, UGAZ (3x bullish natural gas ETN) has also taken out the 51.03 resistance level in which the first target for the recent long trade was set just below. This also opens the door for a potential rally up to the 2nd price target from that trade, T2 at 65.24, which was set just below the 66.13 resistance level, although one is best aligning entries & exits on UGAZ with the charts of /NG due to the decay suffered on the former from the 300% leverage & volatile nature of nat gas prices. 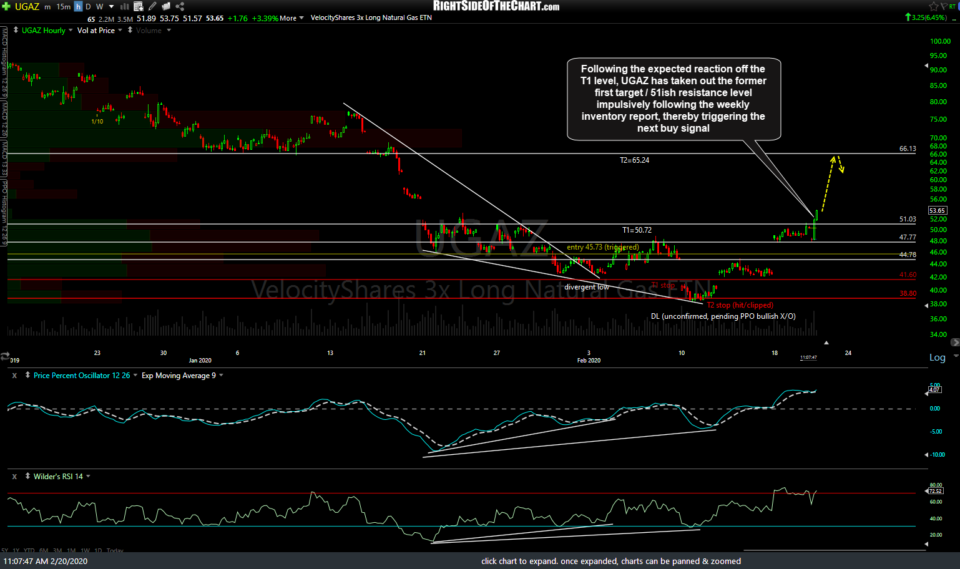