I have finalized the second price target at 18.40 & cleaned up this chart to remove the annotations from the previous trade + slightly modified the downtrend line. Awaiting the next pop over 15.00, ideally followed by an increase in volume, as a likely catalyst for a short-squeeze in LL & a quick thrust up to either or both official targets. A potential 3rd target has also been added which might be extended as the final target, depending on how the charts play out. 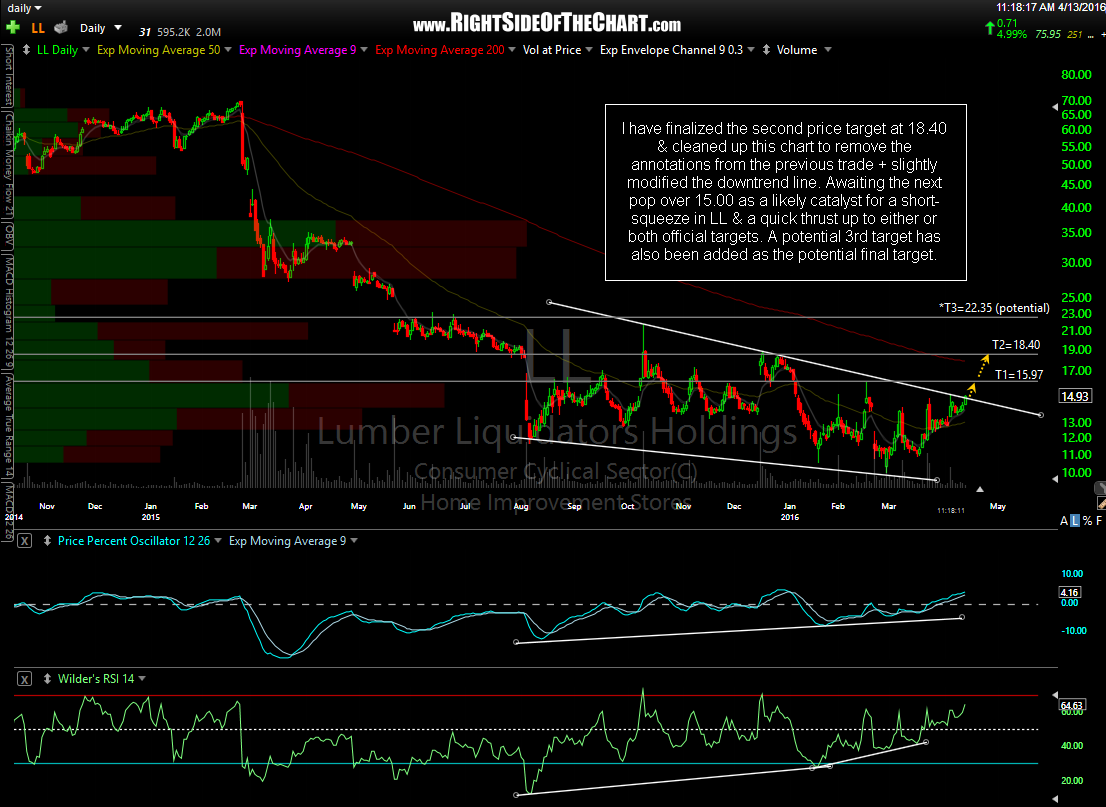