As with platinum & palladium (updated chart on the latter to follow), both of which hit price targets while I was away on vacation yesterday, gold & silver also hit & reversed off of recently highlighted price targets. As with platinum (in the previous post/update that was sent out earlier today), gold & silver also put in small divergent highs when those targets/resistance levels were hit, resulting in pullbacks that have taken gold & silver back down to former targets/resistance levels which are now likely to act as support. As such, gold & silver offer objective re-entries for those that book profits at the targets yesterday. 120-minute charts of /GC & /SI (futures contracts) below. 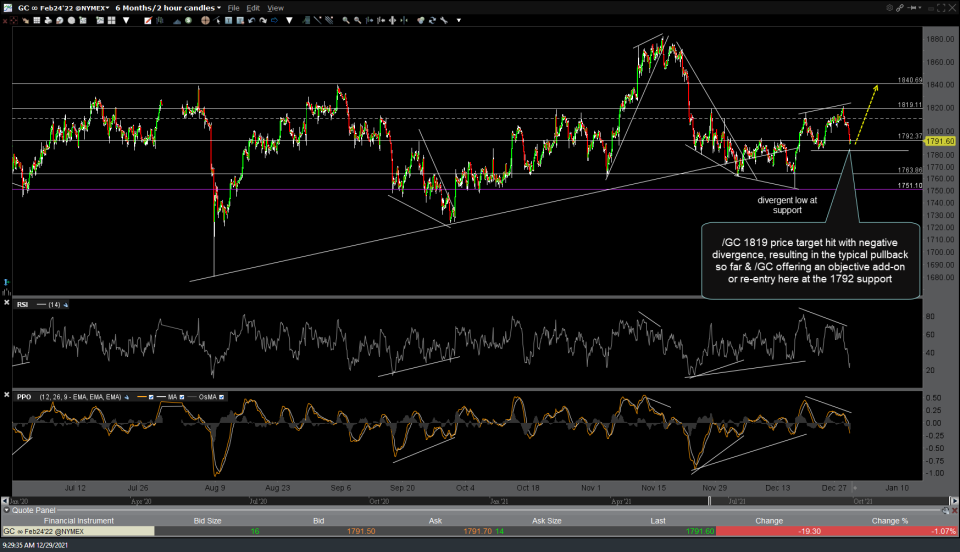 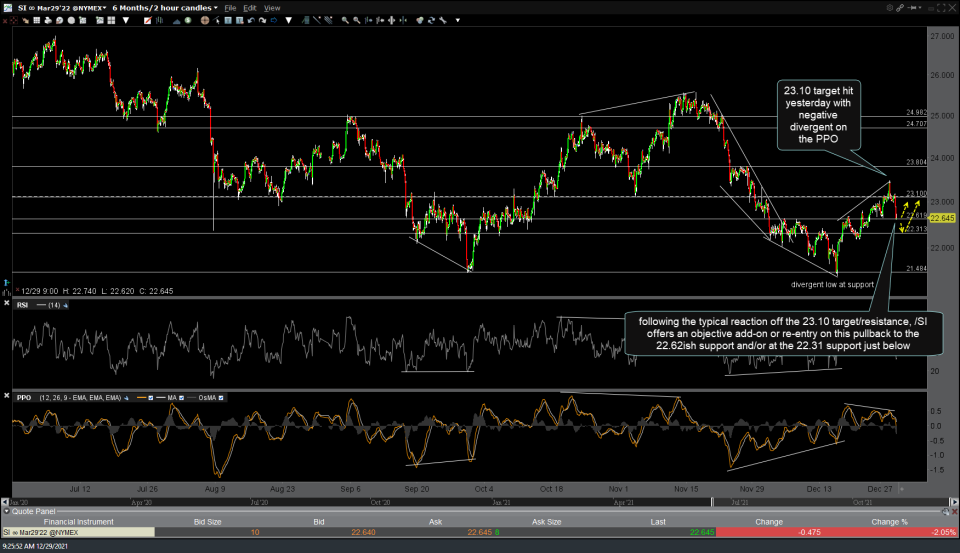