FSLR (First Solar Inc) was mentioned in the trading room today as a unofficial long trade idea shortly after the open while at 25.90 long-term support & then again as another objective long entry on a break above the bullish falling wedge on the 60-minute time frame in the front page post, Solar Stock Setups. Nice reversal so far today off long-term support with potential bullish divergences forming on both this daily time frame as well as the weekly & 60-minute charts. FSLR will be added here around the 26.75 level as an Active Long Trade & Long-term Trade with over 40% profit potential in the coming months if T3 is hit. 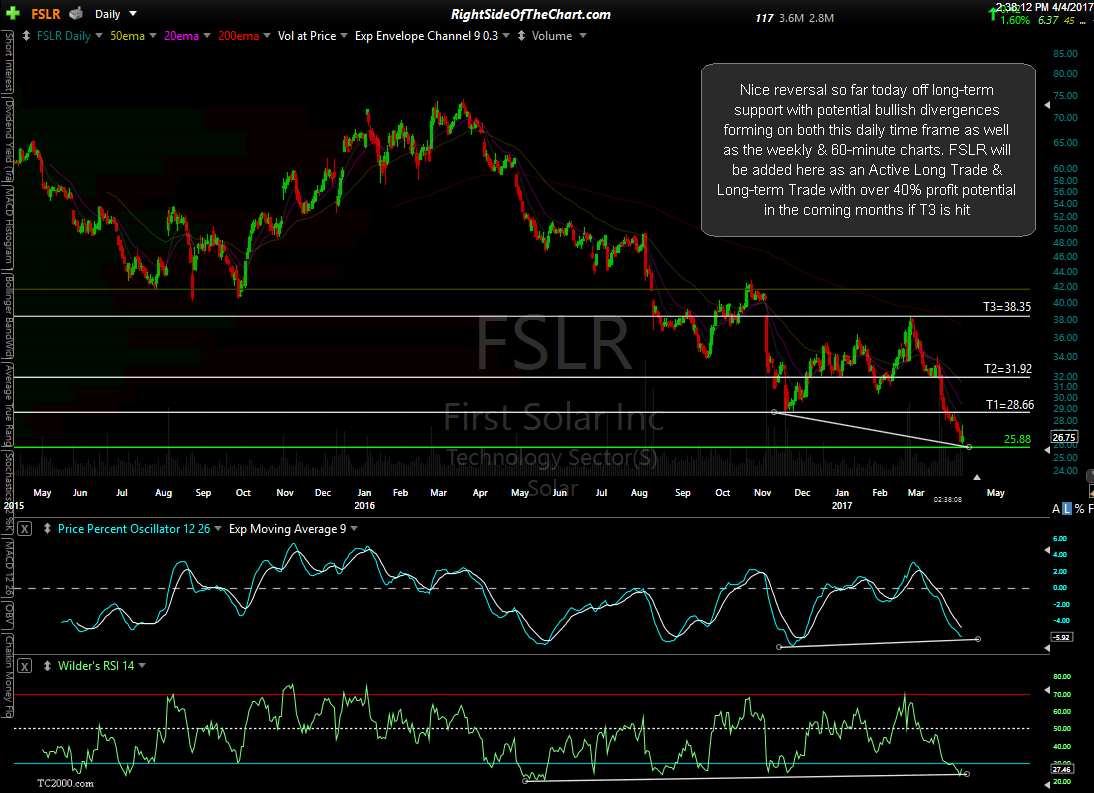 The price targets for the Swing Trade are T1 at 28.66 & T2 at 31.92 with an additional price target for the Long-Term Trade, T3, at 38.35. As this is a fairly aggressive attempt to catch a falling knife (i.e.- a bottom in a vicious downtrend), coupled with the fact that the solar stocks, including FSLR, tend to be quite volatile, the suggested beta-adjusted position size for this trade is 0.7. The maximum suggested stop for the swing trade (T2) is any 60-minute closing candlestick below 25.30 and a suggested stop of any move below 23.56 for the Long-Term Trade. 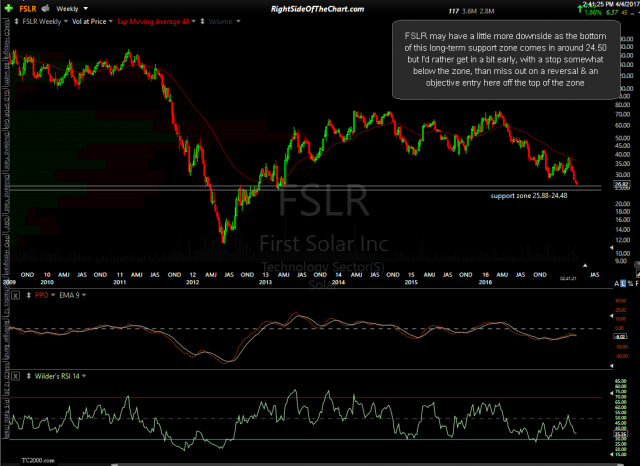 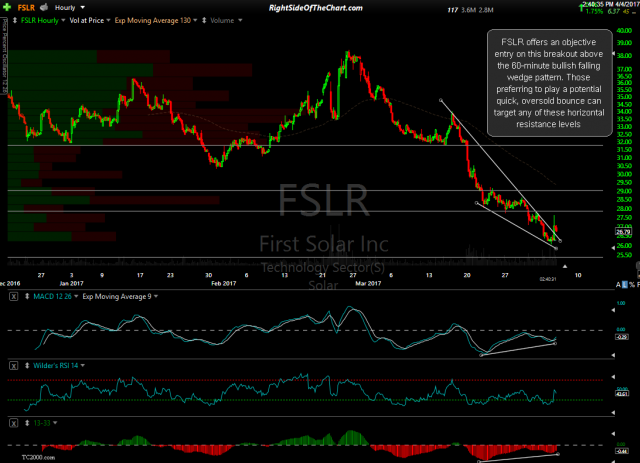 FSLR may have a little more downside as the bottom of this long-term support zone comes in around 24.50 but I’d rather get in a bit early, with a stop somewhat below the zone, than miss out on a reversal & an objective entry here off the top of the zone. Zooming down to the 60-minute time frame, FSLR offers an objective entry on this breakout above the bullish falling wedge pattern. Those preferring to play a potential quick, oversold bounce can target any of these horizontal resistance levels.

Once again, this should be considered an aggressive, counter-trend trade as the majority of the solar stocks, including FSLR are clearly entrenched in bear markets that in many cases have wiped out 80% or more of their value in recent years. As always, DYODD and only consider trades that mesh with your own unique trading style, risk tolerance, objectives & align with your own analysis.