I cleaned up the charts of some of the cannabis trade ideas that I started highlighting right at their lows last Tuesday by removing some of the older trendlines & overhead resistance levels to make my targets more clear. There has been some M&A buzz in the sector over the last couple of days with all of the trade ideas that I’ve been covering since last Tuesday moving sharply higher, even into today’s after-hours session. I’ll post some updates on the remaining cannabis trades tomorrow but here are a few that have hit their 2nd or 3rd price targets in the AH session today & could hit what I have as final targets tomorrow if the momentum continues.

OGI (Organigram Holdings) hit T3 in the AH session today for a ~50% gain from where it was first highlighted last Tuesday. My fourth & final target zone remains the 2.18-2.31 resistance level, should the stock & the sector have a little more gas left in the tank. 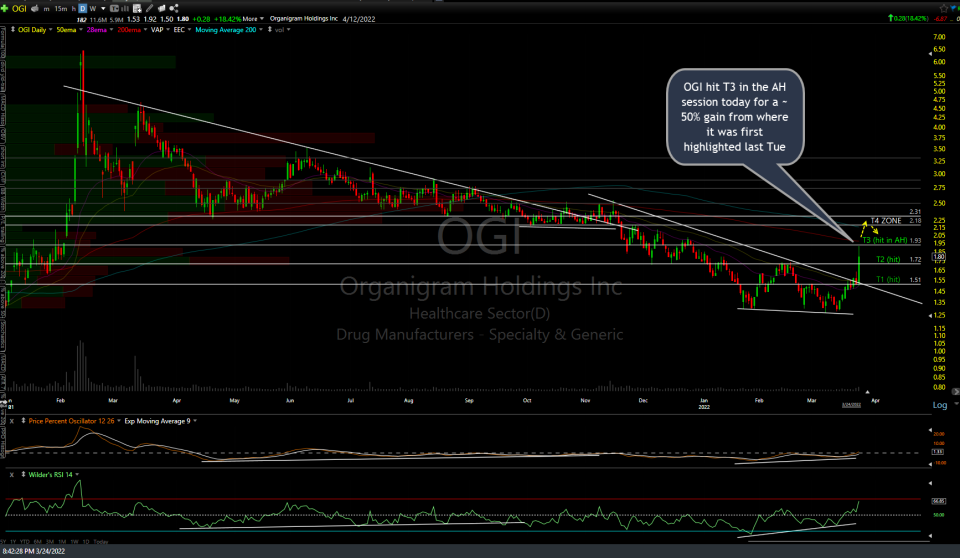 TLRY (Tilray Brands) hit & exceeded the first price target in the AH session today for a 70%+ gain so far from were it was trading last Tueday’s video when the recent top picks in the sector were first highlighted. All of the white lines were on the recently covered TLRY charts although I have added one new resistance level (yellow) at 9.90 just below the 10.58 resistance level that defines the 2nd target zone for TLRY (and preferred final target). 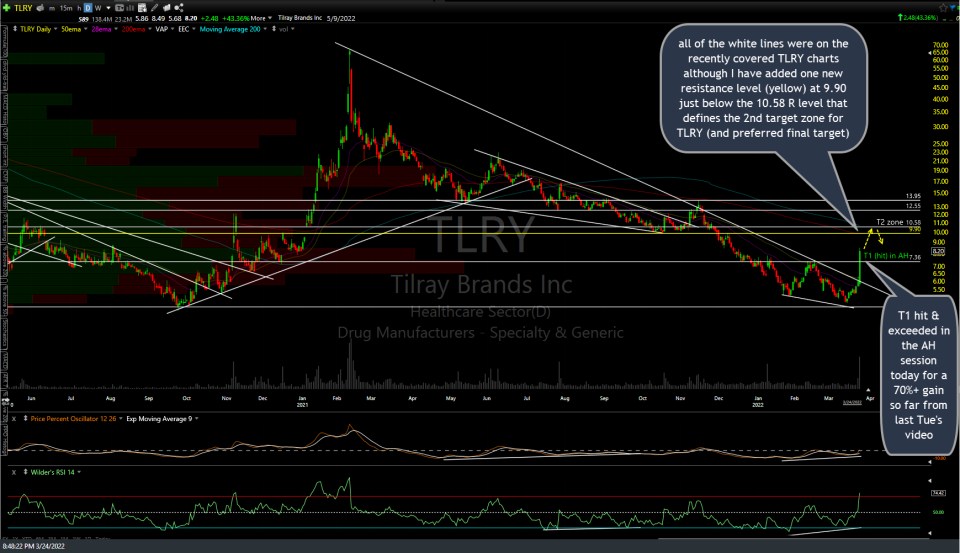 CGC (Canopy Growth Corp) hit T2 in the after-hours session today for a 70%+ gain from where it was first highlighted last Tueday. As with TLRY, all of the white lines were on the recently covered CGC charts although I have added one new resistance level (yellow) at 13.00 just below the 14.48 resistance level that defines the 3rd target zone for CGC (and preferred final target). 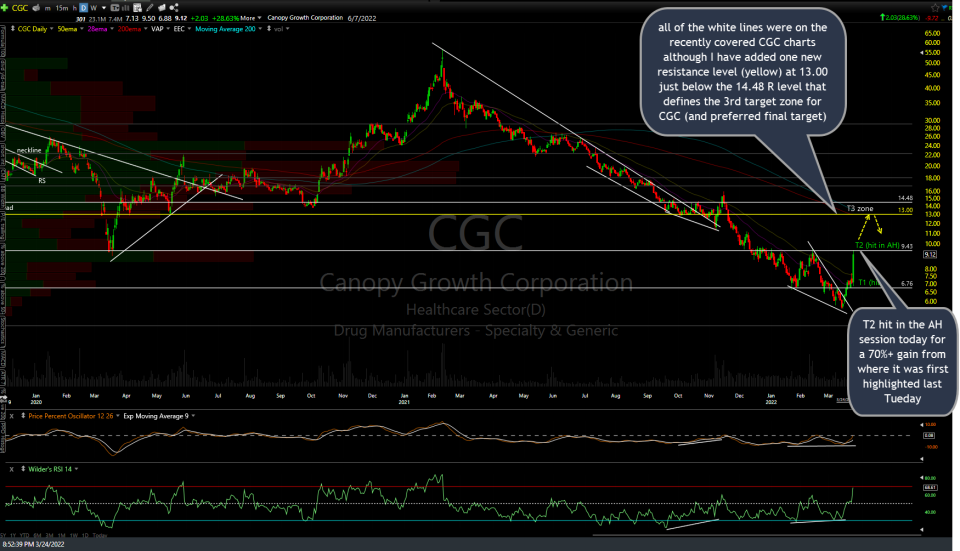 HEXO (Hexo Corp) effectively hit the first target in the regular session today (a few pennies shy) and exceeded it in the AH session. While there is some resistance around the 1.00 area, this one has the potential to run up to around the 1.30-1.40ish level, assuming the momentum in the sector continues this week and/or into next. 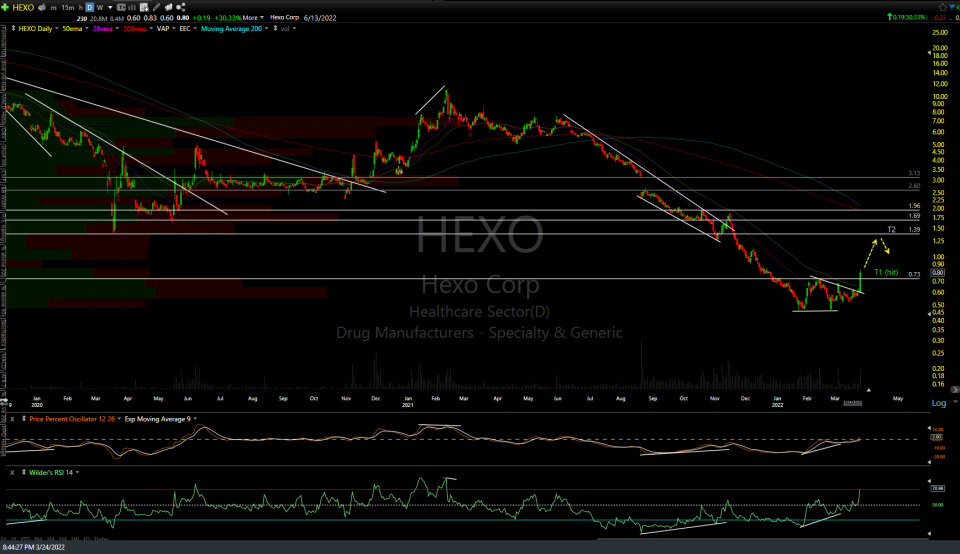