In the /NG (natural gas futures) or UNG, BOIL (nat gas ETN’s) trade idea from yesterday, I’ve identified & added another price target in-between the two targets that were highlighted in yesterday’s video & the chart screenshot (below). Yesterday’s scenario had /NG rallying up to the first target of 6.578 (which was hit) followed by a pullback (which happened from there) followed by another thrust up to the next target of 6.897. 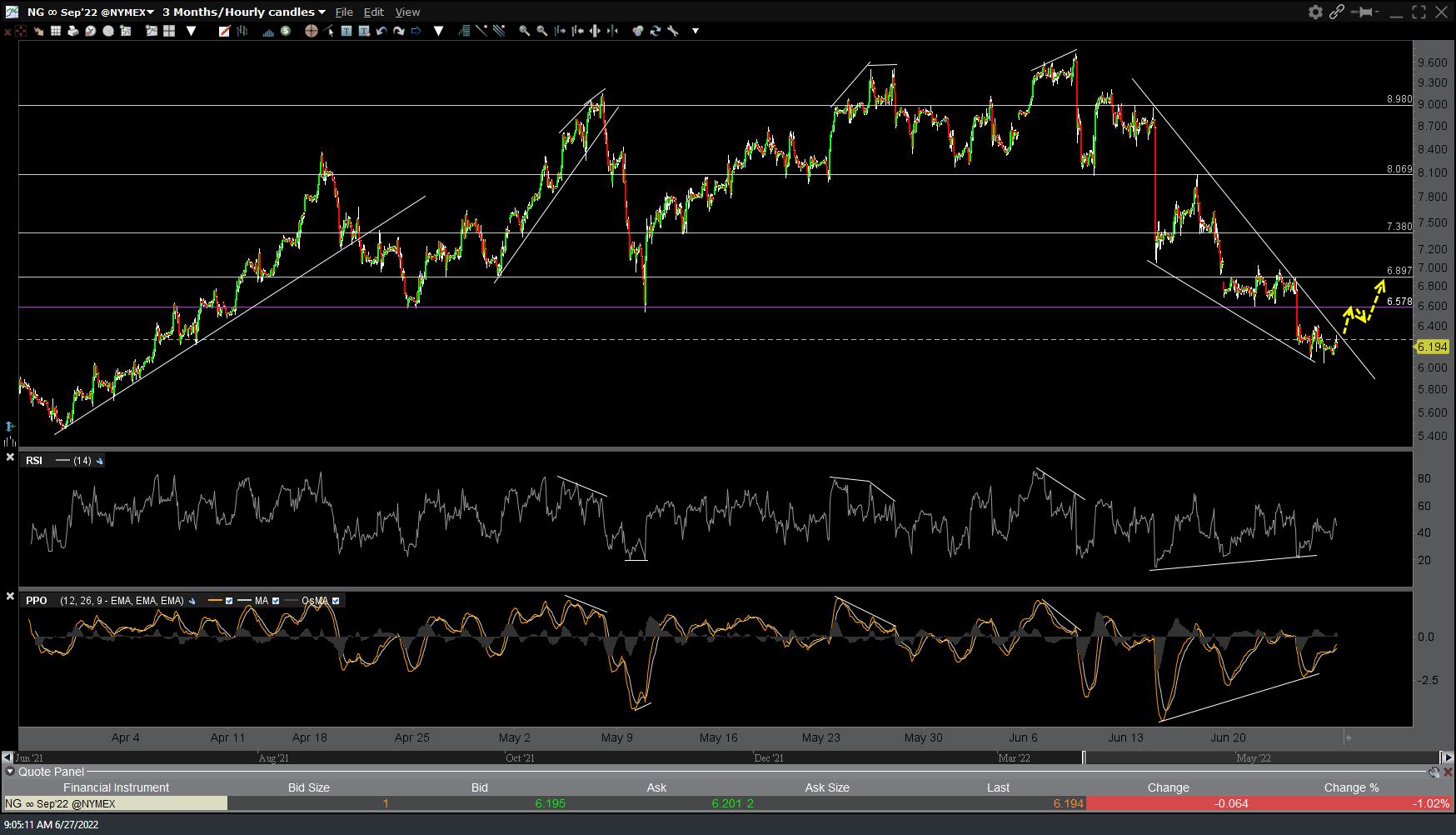 So far, nat gas has made it about halfway to the 6.897 target although I’ve added a new target in-between around the 6.703 level, where nat gas is currently trading at, which is now T2. FWIW, I’ve decided to book full profits here & take the quick ~8% gain & will wait for the next objective entry on nat gas, long or short. For those holding out for the 6.897 target (or comparable levels on UNG or BOIL), consider raising stops to protect profits. I would say the odds are decent, but not highly likely for a continued rally up to that next target with the odds for a reaction/pullback here first, likely. I’m also going to consider this trade completed since I believe that we sheared most of the meat off the bone with the most favorable R/R although I’ll be glad to post updates on nat gas upon request. Updated chart below. 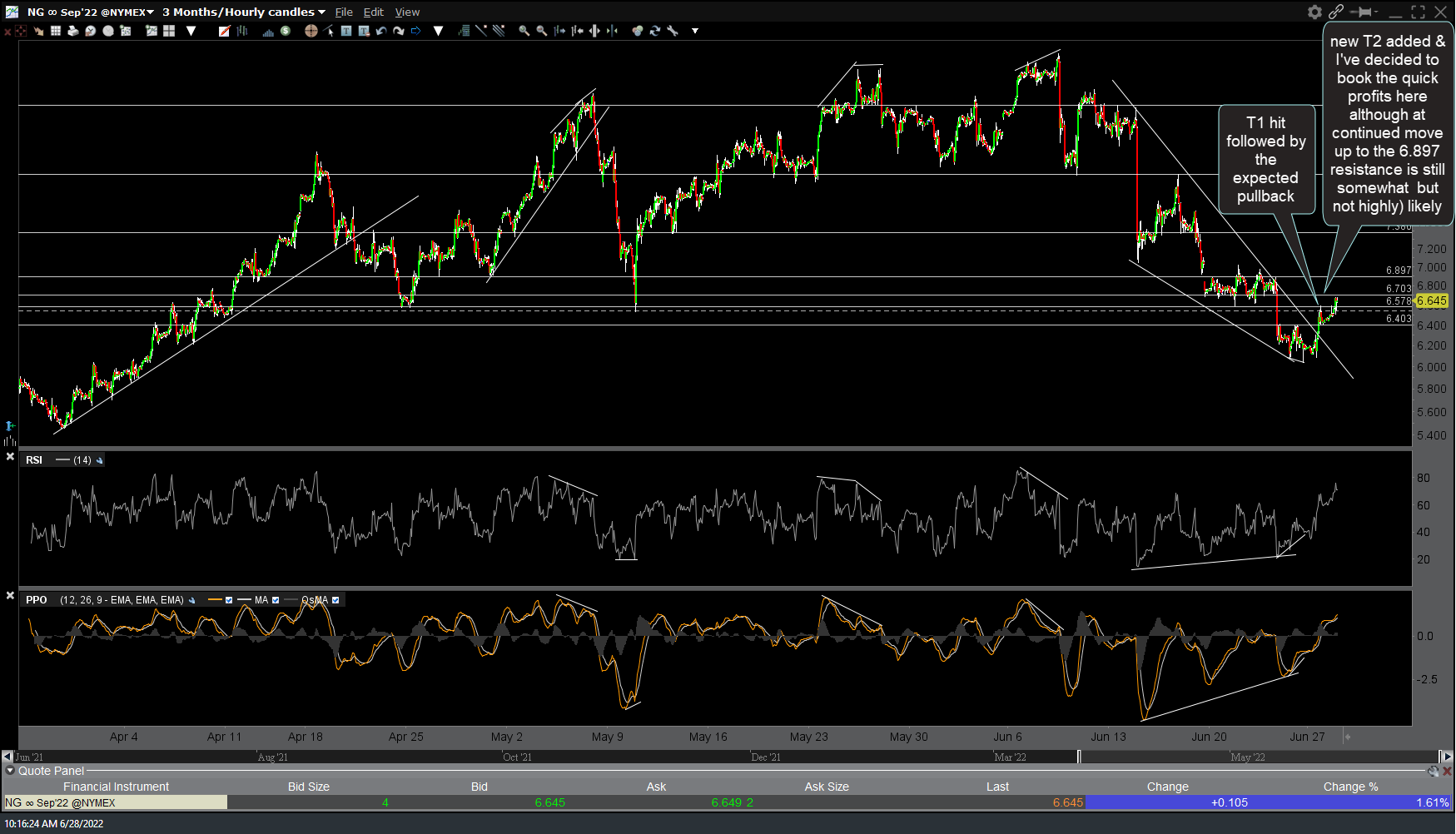