F (Ford Motor Co.) is backtesting this weekly downtrend line, which is likely to act as support. 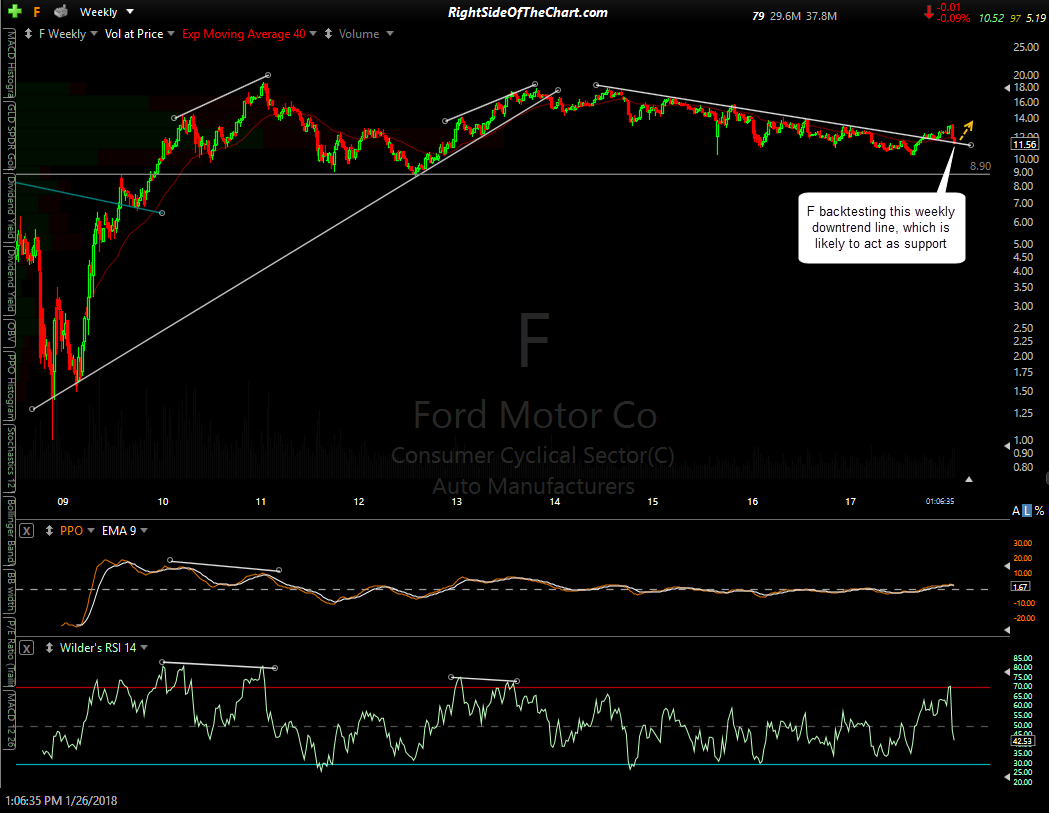 Ford has fallen to support on the daily time frame while oversold for the first time since the Aug ’17 divergent low, just before it rallied 29% to the recent divergent high. 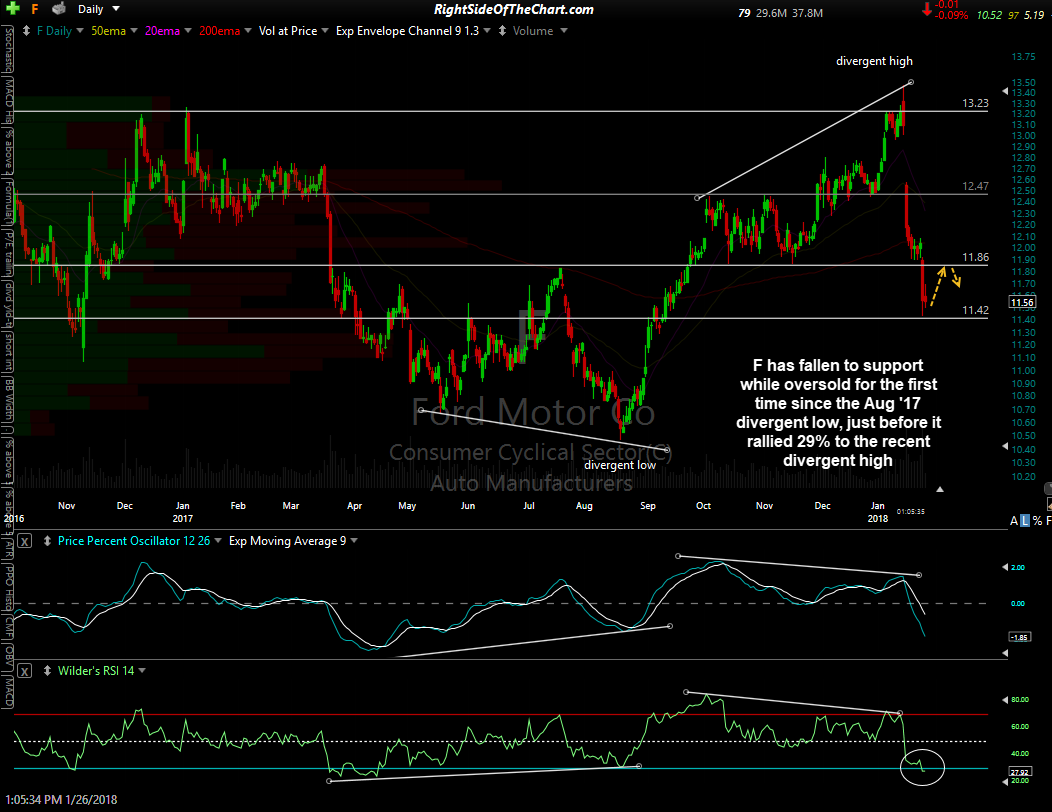 Ford has bullish divergences on the 60-minute time frame as it hits support on both the daily & weekly time frames. Minimum bounce target 11.88 (unadjusted target, actual resistance level.. best to set your sell limit order a few cent below the actual sport level). 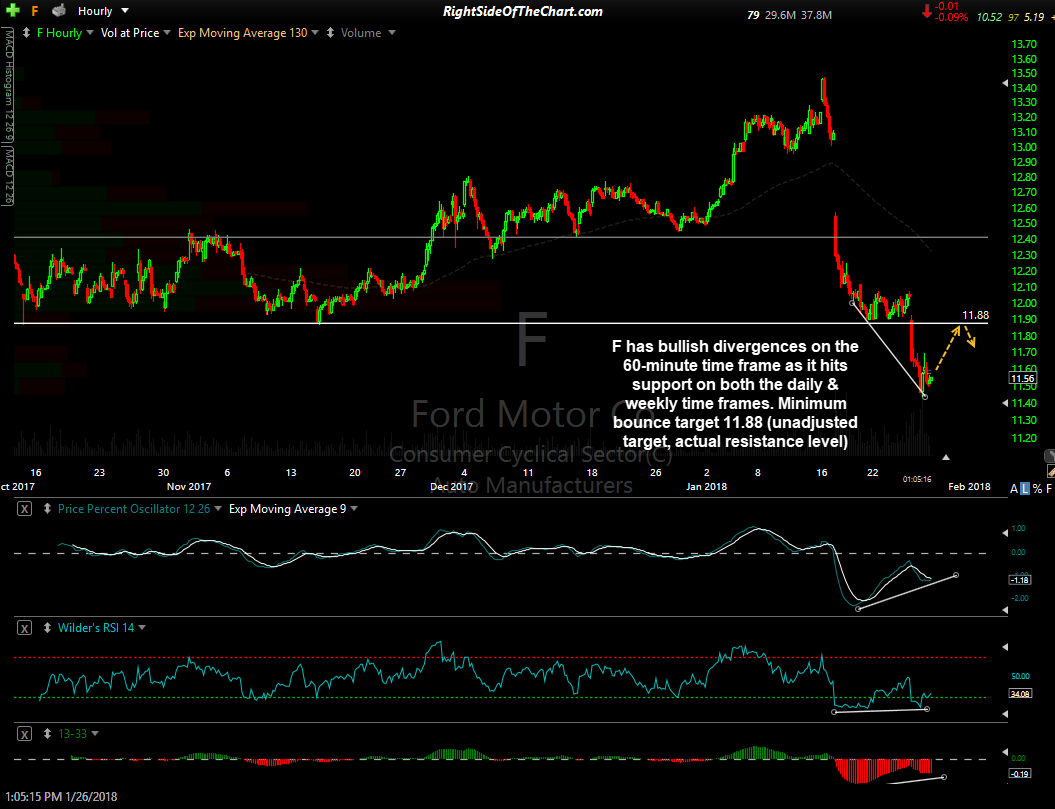 Bottom line: Based on the fact that F recently broke above that long-term downtrend line the week chart & is currently backtesting it from above following the recent sharp selloff, the case could be make for a long-term swing or trend trade in Ford at this time. My personal plan is only to game a quick “oversold, off support” bounce to the 11.85 level with a relatively tight stop below yesterday’s lows.

From my analysis of the charts, I currently favor a relatively minor (~3.7%) rally off yesterday’s lows, followed by at least one more thrust down in Ford although I plan to stand aside & watch the stock after this trade either hits my price target or is stopped out. I also see limited upside in the major automakers as per the recent Automakers Setting Up for a Swing Trade post from January 18th. With that being said, those longer-term bullish on the broad market as well as the auto makers, or at least Ford, might opt to take a partial or full position here with a more liberal stop (based on your current price target), adding to a partial position as & if the charts begin to firm up.