While most certainly an aggressive, counter-trend trade, TVIX (2x short $VIX volatility index ETN) will be added as an official long trade here as the R/R for a long entry just above the 177.28 support level with bullish divergences building seems favorable. In fact, TVIX will continue to offer an objective long entry down to as well as slightly below the 177.28 support level to the bottom of the price channel (i.e.- the lower downtrend line). As such, one could also take a starter position on TVIX here, scaling in down to but not below the bottom of the price channel. 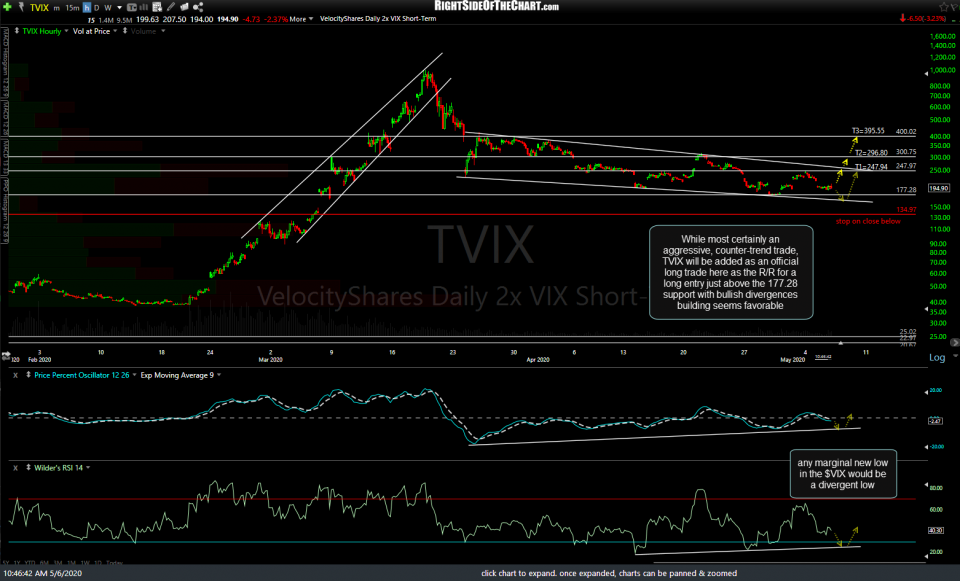 The last official trade on TVIX was closed out on February 25th when the final target was hit for a 65% profit. As with that previous trade, in which TVIX was entered back on Jan 29th when the stock market was humming along to all-time highs with the vast majority of market participants bullish, I suspect there is little interest in going long volatility which in essence, is analogous to a going short the stock market. As I had said back then, one should pass on this type of aggressive, counter-trend trade if it does not mesh with your trading style, risk tolerance, and/or outlook for the stock market.

To recap the recent price action in the $VIX, about a 6-7 weeks ago, as the $VIX was approaching its all-time high which was put in back October 2008, I was highlighting the fact that the $VIX peaked at that Oct high, over 4 months & more than 20% before that bear market ended. I was also clearly stating that the R/R was no longer skewed to being long the $VIX, rather short, based on both the technical posture of the $VIX, extreme bearish sentiment & P/C ratios, as well as the bullish divergences & extreme overbought conditions in the stock market. $VIX weekly chart below. 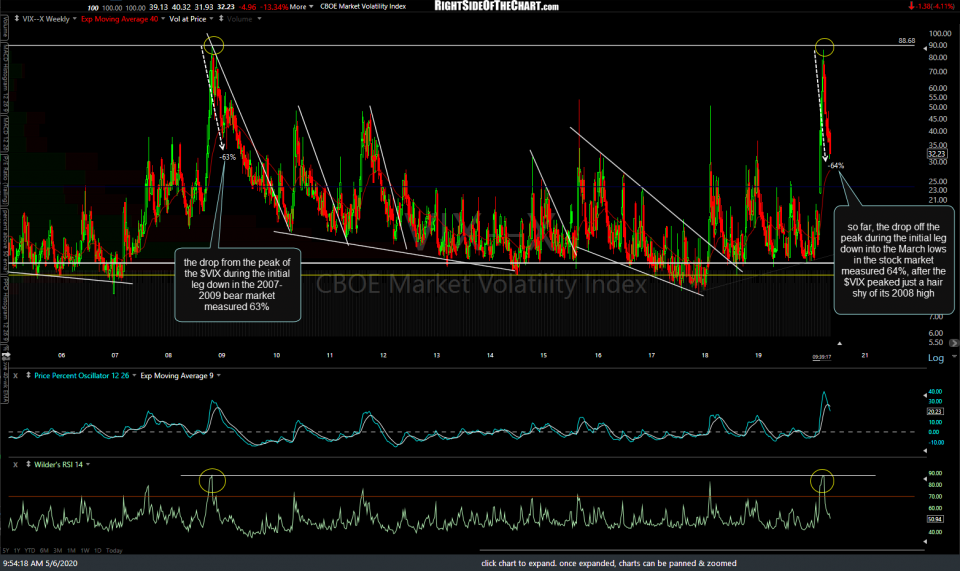 Since peaking just a hair shy of that 2008 all-time high, the $VIX has dropped 64% into last week’s lows. Coincidentally or not, after that previous peak during the 2007-’09 bear market, the $VIX dropped 63% from there before the first counter-trend rally (+72%) in a near bear market for the $VIX which began long before the bear market in the stock market ended (a fact that I was highlighting in numerous videos around the time the $VIX peaked in March). History doesn’t always repeat although it does often rhyme. 60-minute chart of $VIX below. 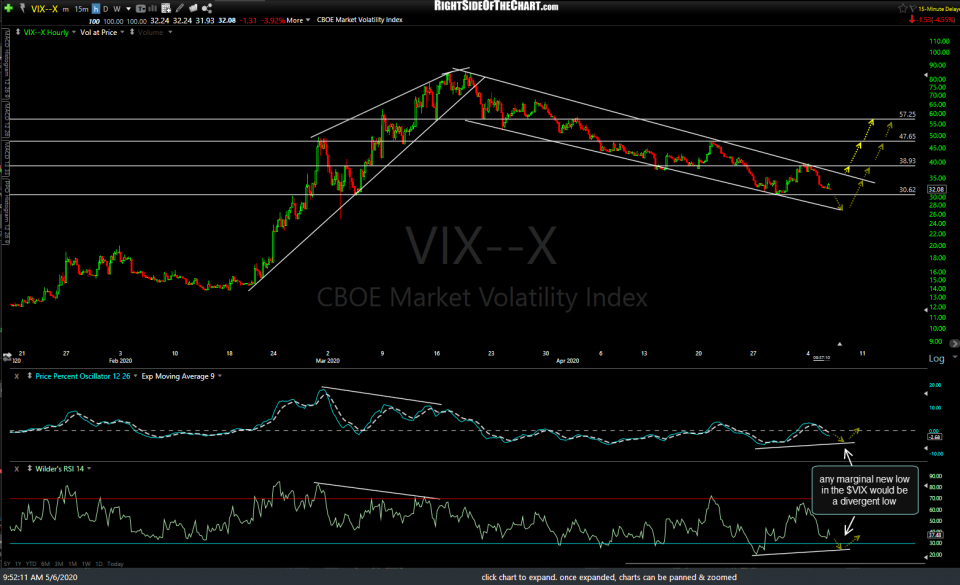 The takeaways from all that are: