The potential negative divergences highlighted yesterday on the 60-minute charts of NQ (Nasdaq 100 E-mini futures) have now been confirmed via a bearish crossover on the PPO with confirmation (via a bearish PPO cross) still pending, but highly likely, on QQQ. 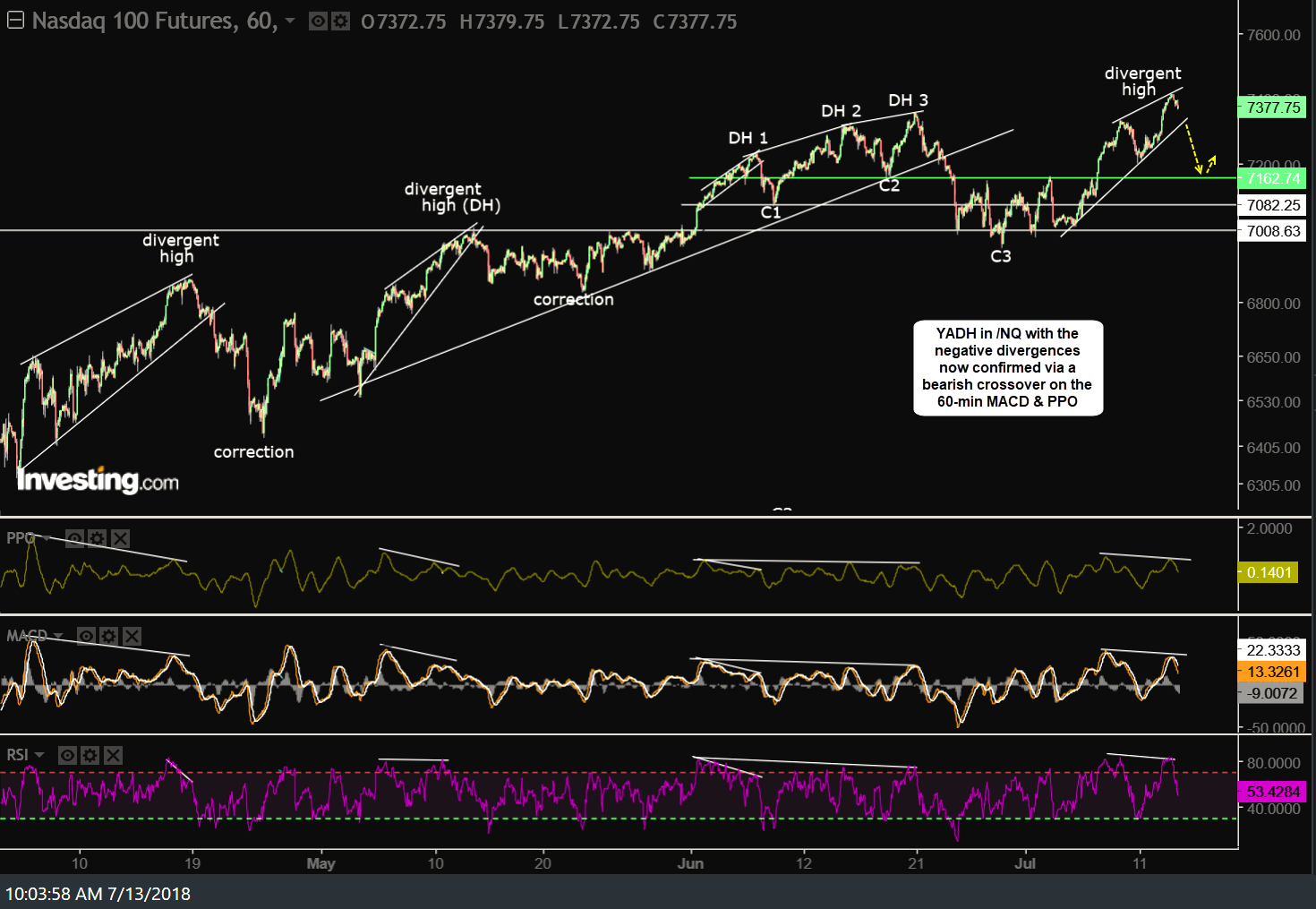 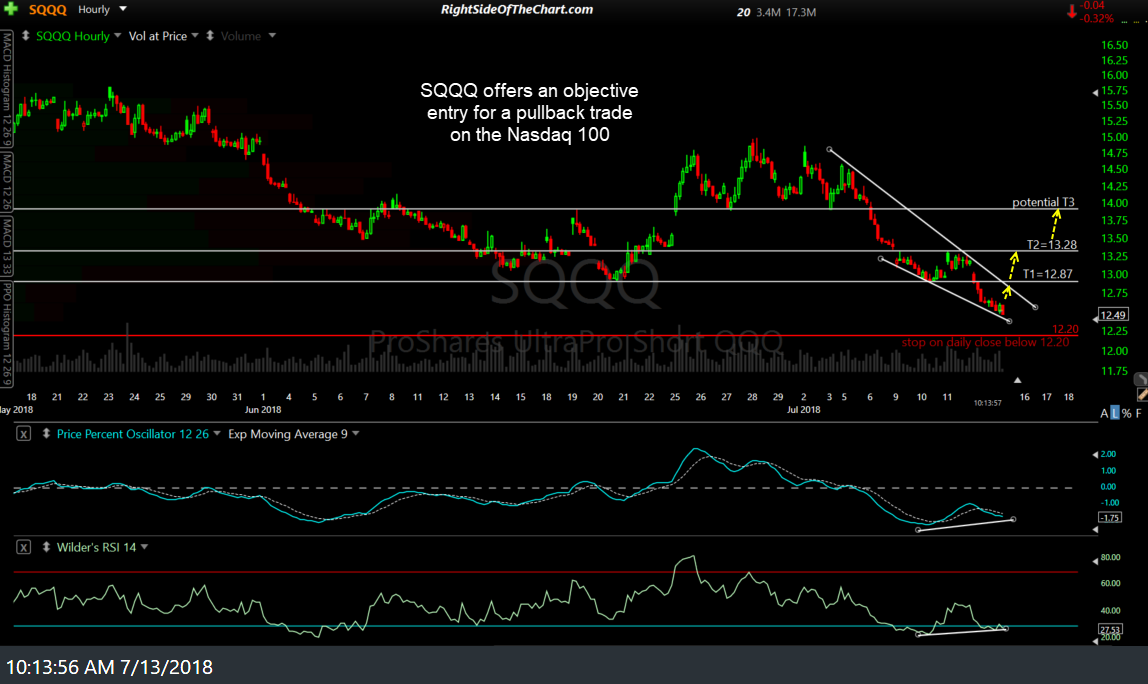 The current price targets are T1 at 12.87 & T2 at 13.28 with the possibility of an additional price target to be added around the 13.90 area, depending on how the charts develop going forward. The maximum suggested stop (based on the current final target) is a daily close below 12.20 with a suggested beta-adjusted position size of 0.40.

Also keep in mind that although SQQQ is an Active Short Swing Trade, one would buy, or go long, SQQQ to gain short exposure on the Nasdaq 100. Using a long on SQQQ vs. a short on QQQ allows for the opportunity for a pure-play short or a hedge to long positions within cash accounts (non-margin accounts) such as IRAs, which do not allow short selling.