It would be nothing short of a miracle if this 10-year weekly chart of SMG (Scott’s Miracle-Gro Company) doesn’t play out as it repeatedly has in the past. The arrows show all overbought (70+ RSI) readings over the past decade, all of which were followed by double-digit corrections (but the one noted, which was followed by a 9% drop & then another 14% drop shortly after). Additionally, SMG is currently backtesting the primary uptrend line which was broken back in early 2018 along with a pending high-level bearish crossover on the PPO. 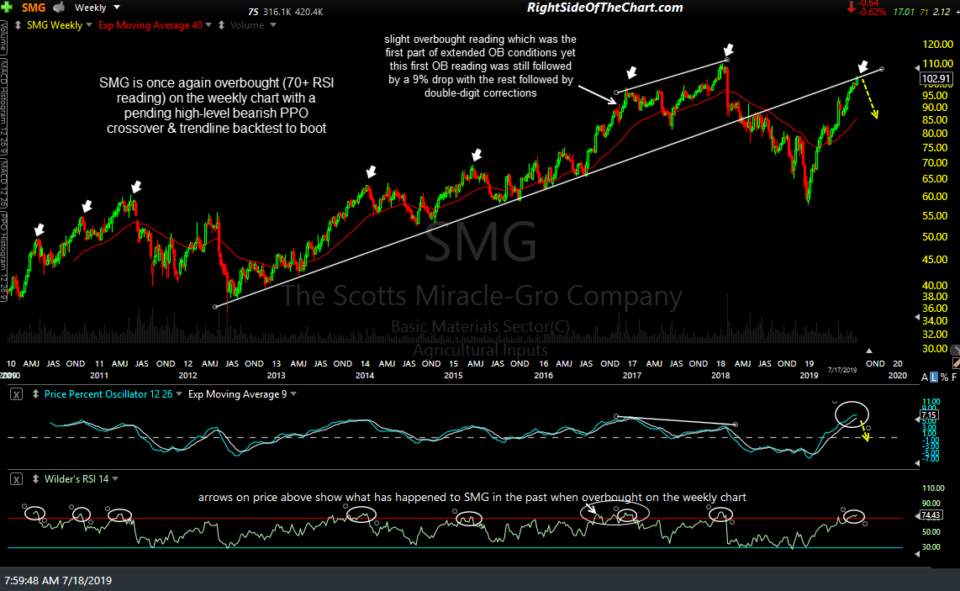 Zooming down to the daily chart, SMG is pinching up towards the apex of a dangerously steep & extended bearish rising wedge pattern as it approaches the top of the big early 2018 gap, which should act as a significant resistance level. I went ahead & marked up the price targets & suggested stop for this trade and figured that I’d pass along the setup in advance along I’ll have to wait and see how the stock opens & trades today or going forward before adding it as an Active Trade. 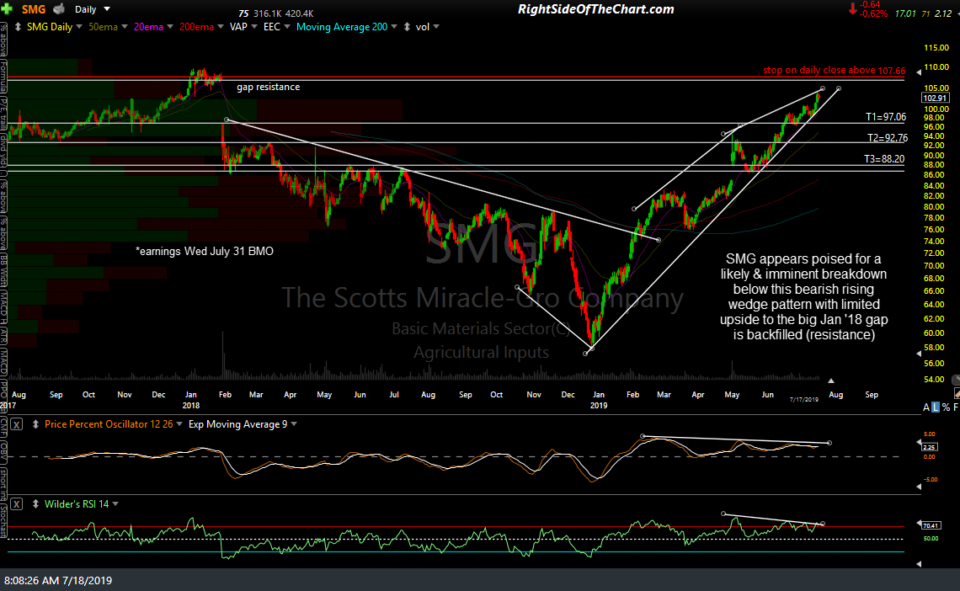 SMG is scheduled to report earnings on Wednesday, July 31st before the market opens & while I will often hold of on adding an official trade shortly before they report, due to the increased likelihood of an earnings-induced gap for or against they position, I will most likely add SMG as an offficial trade before then, possibly later today. While I might add this as an official short trade while still inside the wedge, without any sell signals in anticipation of a breakdown that has yet to occur, I will add that the most objective entries would come on either another 4% or so rally up to the 107ish gap resistance and/or an impulsive breakdown below the daily uptrend line/rising wedge pattern.