The following short trade ideas have exceeded their maximum suggested stop or reached their final profit target & have now been moved the Completed Trades category, along with all related posts to be archived indefinitely for future reference. Updated charts for each trade below. 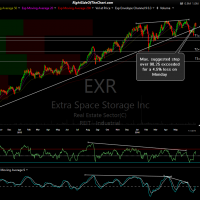 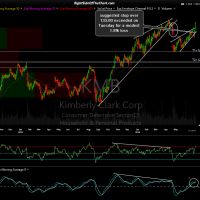 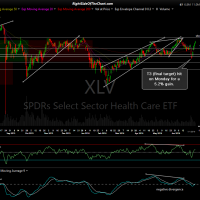 Please note that the official trade ideas have been much lighter than normal largely as a function of two things; the recent extremely erratic & go-nowhere back & forth price action in the market coupled with the fact that I’m just not finding many trade setups that offer clearly objective long or short entries with attractive risk-to-reward ratios (which is essentially a function of the first variable, which has somewhat obscured the near-term & to an extent, the intermediate-term technical picture.

Swing trading, at least in my experience, is marked by periods of increased profits & trading activity, followed by periods of muted, flat or even negative returns (losses) as the market consolidates following the previous trend which provided the market increase in profitable trades. If & when the charts start to present an abundance of clearly bullish or bearish chart patterns, especially if they align with a similar setup in the broad markets, there will usually be a marked increase in official trade ideas as well as market analysis & updates published. The next big “swing tradable” move could be right around the corner, as early as next week or may not present itself for another couple of months.

FWIW, as I study the price action in the US equity markets over the last week, factoring that in with the longer-term technicals as well as similar sharp rips & dips that have occurred in the equity markets over the last couple of years as stocks have traded mostly sideways in a very large range, I wouldn’t be surprised in the least to see the sharp rally this week that started off Monday’s lows met with a nearly equally sharp drop in the next couple of weeks. Should the markets continue to build on this week’s gains in the coming weeks (although keep in mind that the July 4th abbreviated trading week is typically marked by low volume & as such, any breakouts above support or below resistance have an increased rate of failing), I will update my thoughts as to when & how the longer-term bearish technical picture will start to change from bearish to neutral/indeterminable to bullish.

On a final note, I will be away on a semi-working vacation over the next 10 days or so. I will periodically check in on the trading room while replying to questions & comments at my earliest convenience and I will continue to post any significant market developments or compelling trade ideas that I come across. Any time sensitive questions should be sent via private messaging (for those with Gold level access) or via the contact form (located under Resources in the menu bar at the top of the site) for Silver members. For those of you in the States, have a safe & happy 4th and to all, have a great weekend. -Randy Phinney