The ROST (Ross Stores Inc) Active Short Trade has now clearly taken out the S1 support level, after tapping on it for the last week or so, thereby opening the door for a move down to the sole official swing target (at this time) of 60.89.

For those in the Active Short Swing Trade or considering opening or adding to a short position on this support break on the daily time frame, keep in mind that should today’s breakdown below this weekly bearish rising wedge pattern stick, with ROST printing a solid weekly close below the pattern this Friday, that would have much longer-term bearish implications & could quite likely bring the stock down to the 44.50 level (over 30% lower) in the coming months. The last time ROST broke down below a bearish rising wedge, confirmed with negative divergences on the weekly time frame was in late 2013, with the stock falling over 24% from the 2013 peak shortly before the breakdown. 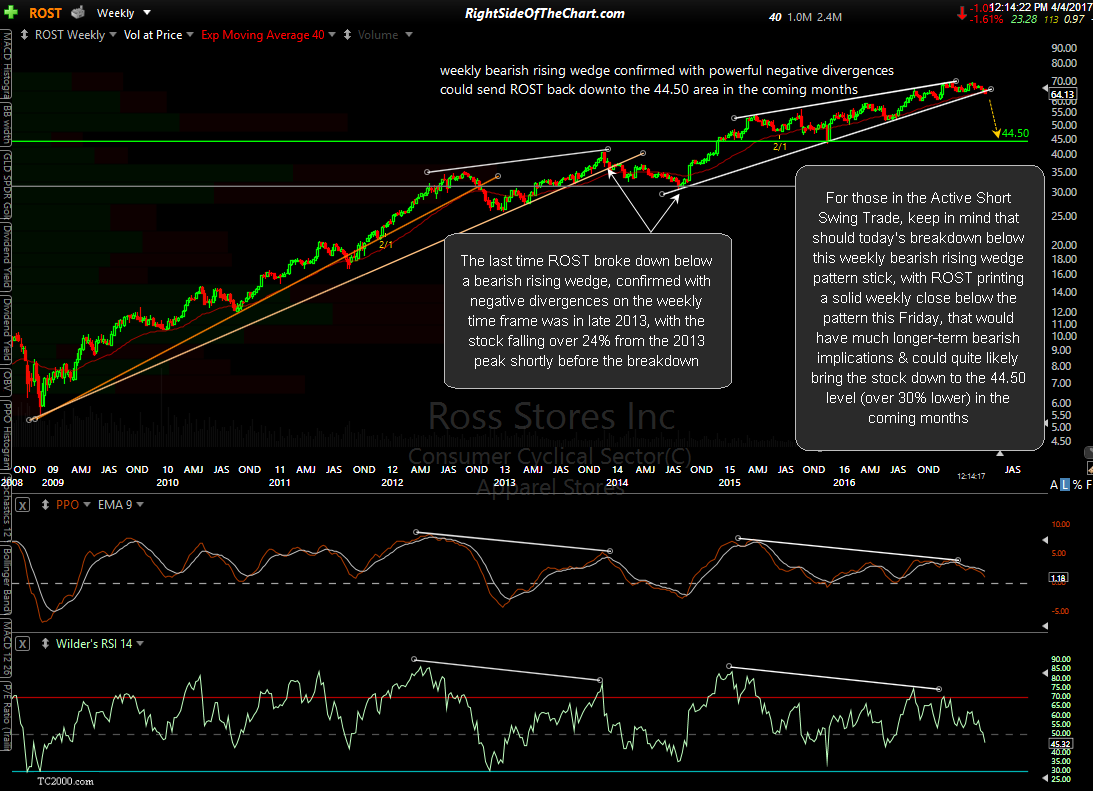