PEIX Setting Up for Potential Rally

PEIX Setting Up for Potential Rally

After the mega-rally (~360%) off the early 2016 lows, PEIX (Pacific Ethanol) may have run the course of the necessary correction needed to alleviate the overbought conditions & negative divergences that were in place at the late 2016 highs. Still some work to be done to firm up the case for a reversal but a break above the downtrend line would be a start. Three likely scenarios shown on the daily chart below. The PPO is currently turning back down at the zero which line indicates that PEIX might need at least one more thrust down before reversing. Either way, a cross of the PPO signal line (9-ema) back above the zero line would be additional confirmation if it follows or occurs in conjunction with a prices breaking out above the downtrend line/bullish falling wedge. 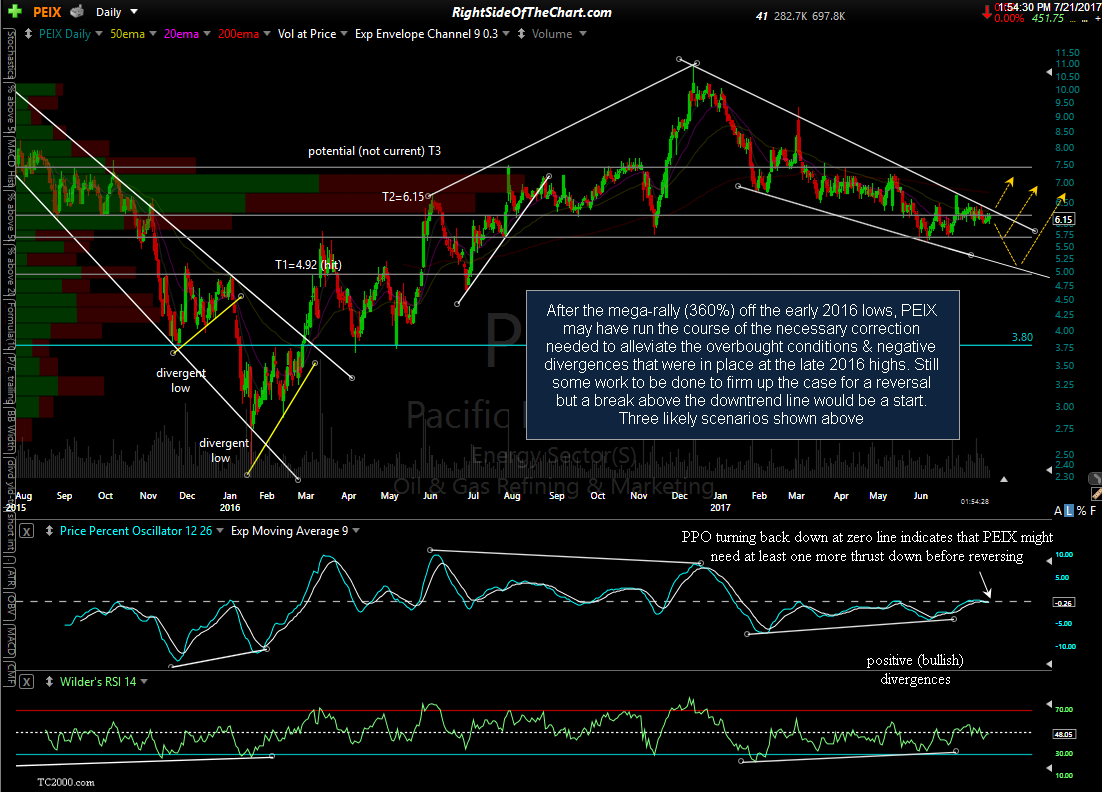 As the charts still need a little work to firm up the bullish case, PEIX is only on watch for an official trade idea at this time but I wanted to share the chart in advance for those interested. This stock has the potential for explosive gains, such as the last time it was added as an official short entry in the I Love This Chart: PEIX Trade Setup post from February 26, 2016, right after the stock had bottomed & went on to gain nearly 360% in just 10½ months. The daily & weekly charts from that post are shown below.