As expected, NIB (Cocoa ETN) continued right on through T1 in the wake of yesterday’s impulsive bull flag pattern breakout, with NIB gapping up today to hit T2 for a relatively quick 7% profit. The move following the breakout of a bull flag continuation pattern is often as impulsive as the move leading up to the flag formation. Consider booking partial or full profits and/or raising stops, depending on your trading plan. T3 at 28.70 remains the final official target at this time with the possibility of an additional price target(s) to be added, depending on how the charts develop going forward. 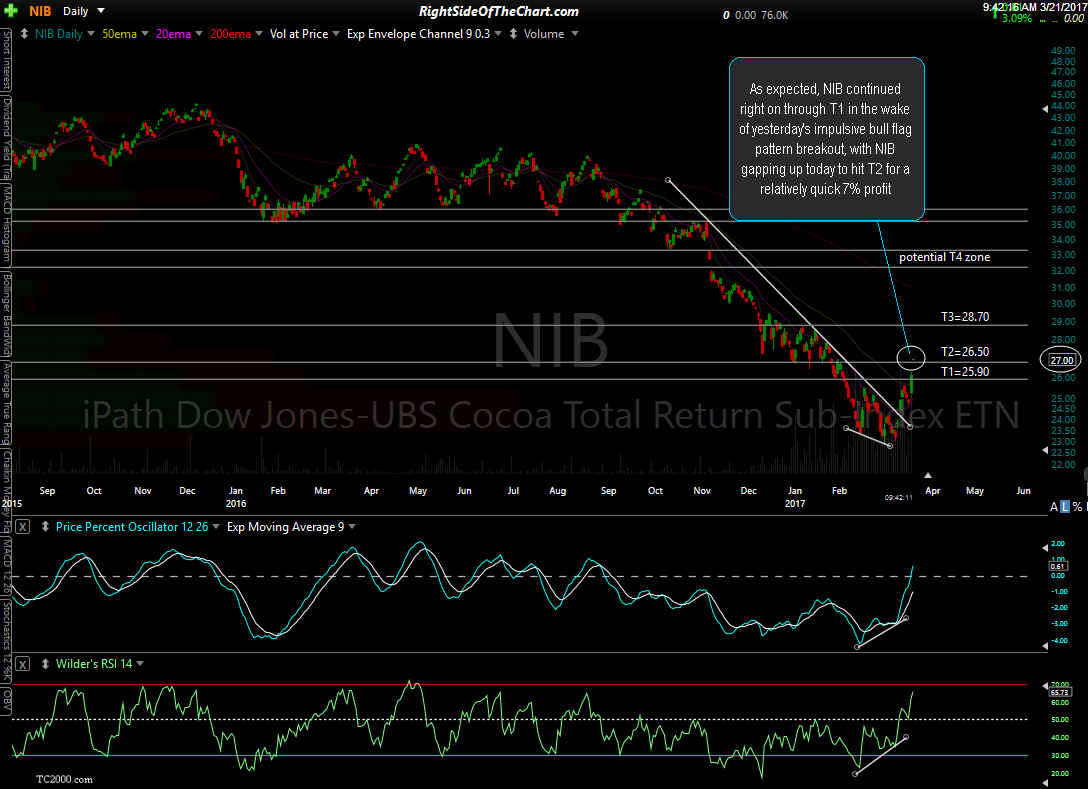