NIB (Cocoa ETN) offers an objective long entry on this pullback to support following the recent divergent low. The first price target is T1 at 25.12 with a second target, T2, at 26.87 & a potential long-term target zone around the 36 area. The suggested stop is a daily close below 21.40 with a suggested beta adjustment of 1.0. 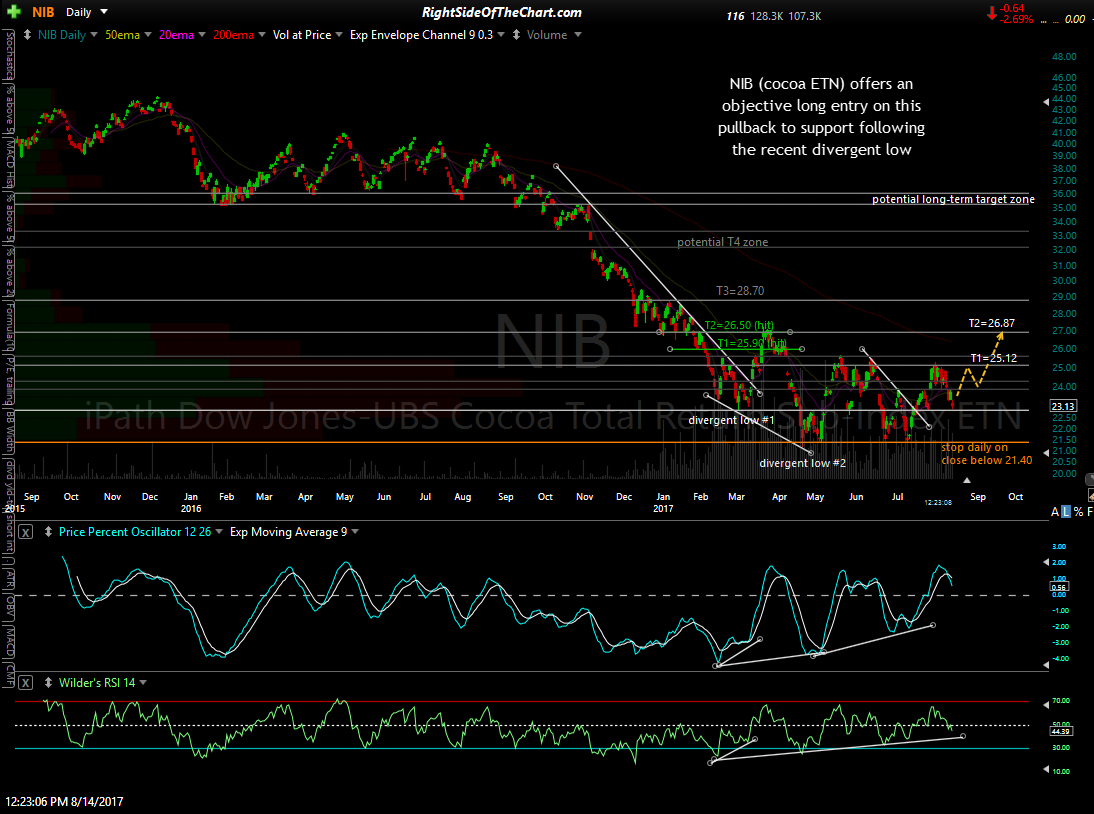 NIB will be added as both an Active Swing Trade as well as an Active Long-Term Trade as cocoa appears to be forming a basing pattern with the charts indicating that the bear market may be over. A solid break above the 26 area & especially the 27 level will likely be the catalyst for a sustained rally up towards the potential long-term target zone.