MGM (MGM Resorts International) will trigger a short entry on any move below 30.08 (i.e. – any print of 30.07 or below). The first target is 28.55 with the second & current final target at 27.15. A third price target might be added depending on how the charts of MGM & the gaming sector play out going forward. The suggested stop is any move above 31.35 with a suggested beta-adjustment of 1.0. 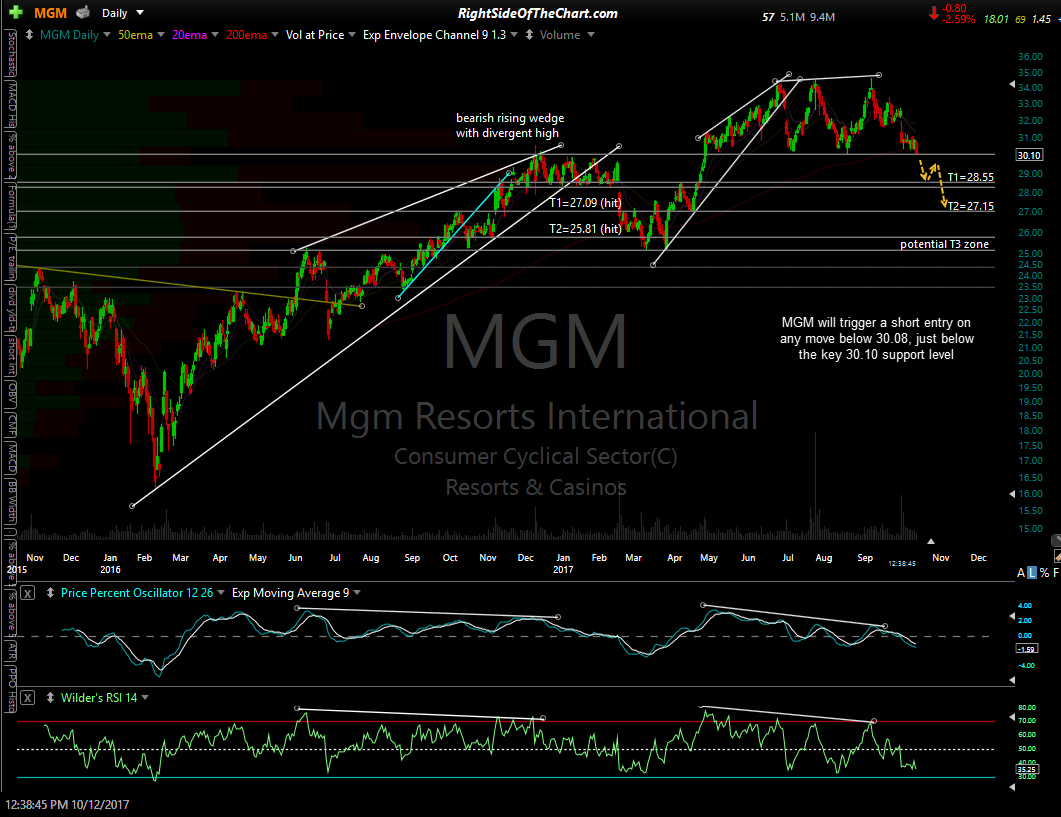 MGM was covered in the Short Trade Ideas video that I just wrapped up, along with several other casino stocks that also appear to be poised for substantial corrections & will be posted as soon as it finishes uploading.