Q: Hi Randy,First , i do appreciate the LL call.It has gone up so much, at what point do you take some profits? ( i already took some –too early), but what do professionals do about taking some off and when there is a pullback buy again?

A: Although I might often take partial or even full profits at some of the earlier targets, I made the decision to hold out for T3 on all my shares with the LL trade. One idea: In lieu of booking partial or full profits, say at T2 today, would be to set a trailing stop at that point (e.g.- a 2 or 3% trailing stop would be considered a tight trailing stop, based on the scope of today’s move in LL). As a matter of fact, I’m going to post some additional ideas on how to trade/set stops on LL on the site now, along with a chart. (those notes, with suggested stop levels, are in the 1-minute chart below).

To add to that, a pullback to the 19.20 support level highlighted on that chart might provide an objective level to add-on to a position with an even more objective level at the bottom or top of the gap R1 zone shown on the daily charts from the previous trade setup & update posts. 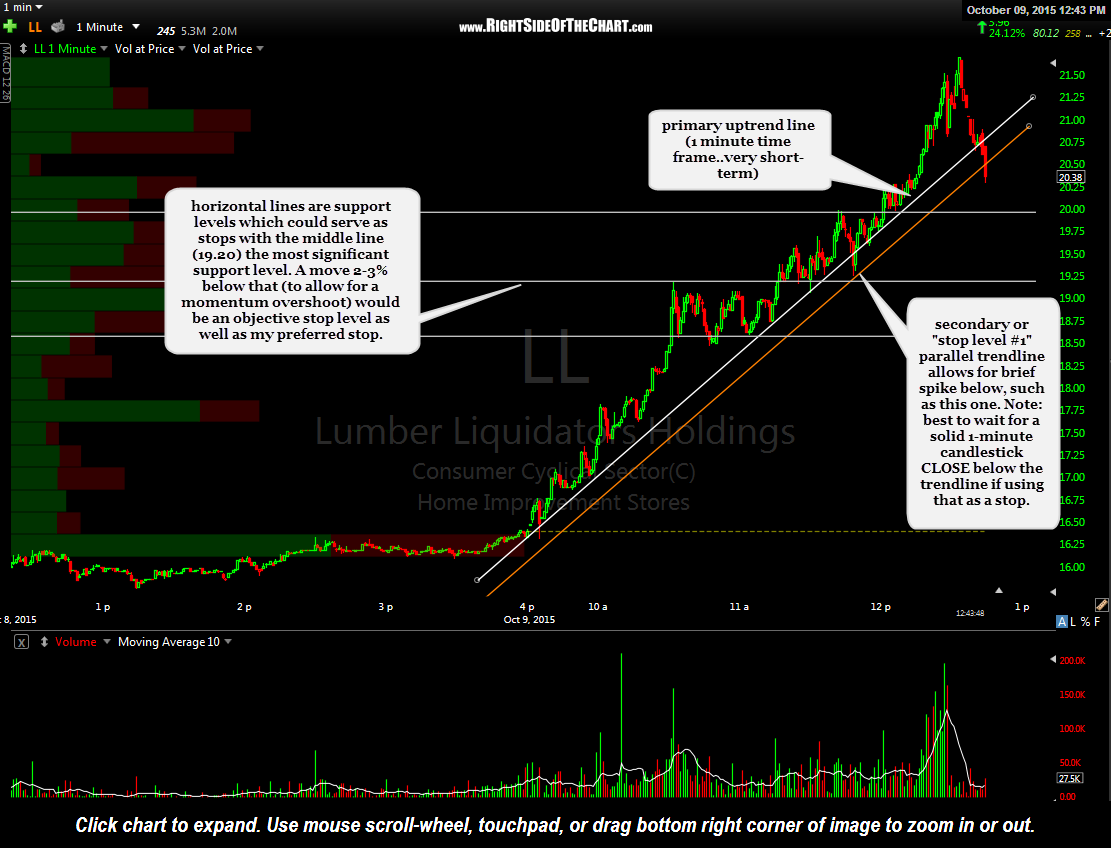 On an administrative note, I will be leaving town shortly, returning Sunday evening, with limited access to email. As such, I will response to any questions after I return on Sunday evening or Monday morning. Congrats to those who caught LL and as always, use stops & take profits according to your own unique trading style & comfort level.

Have a great weekend!