KR (The Kroger Company) appears poised for a significant trend reversal & rally in the coming months and will be added as both an Active Long Swing Trade as well as a Growth & Income Trade idea at current levels. 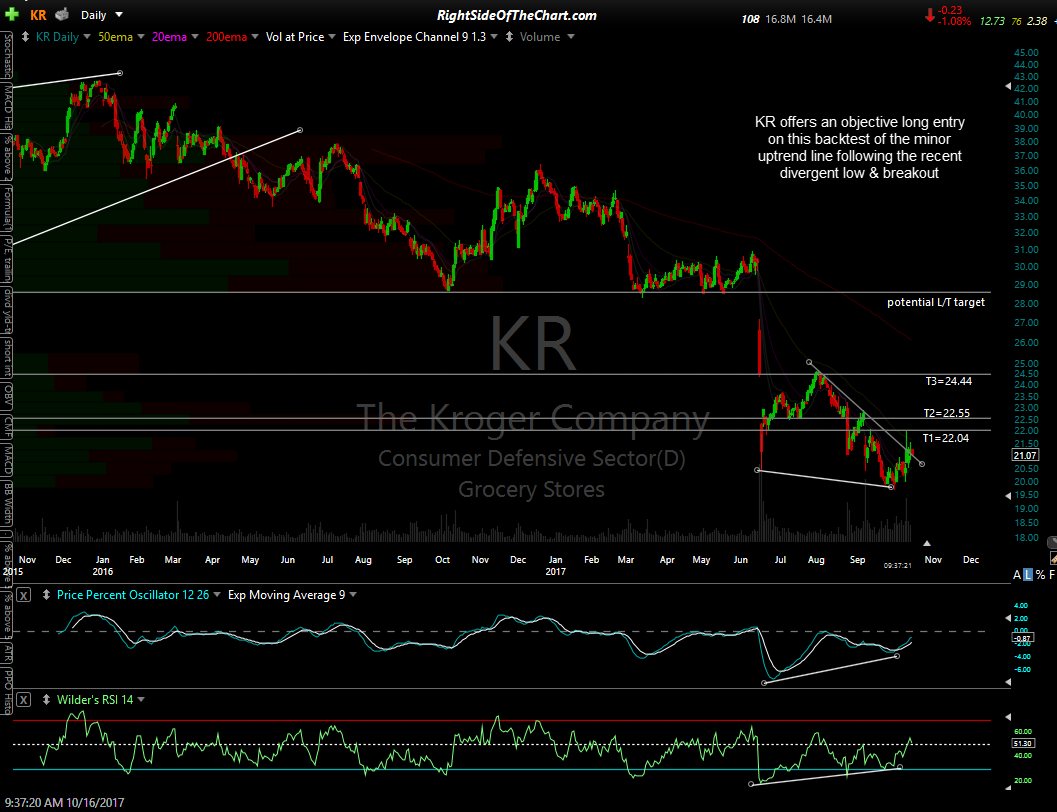 While I don’t see any very solid downtrend lines or key resistance levels in which to trigger a typical breakout which is often used as the entry criteria for the trade ideas on RSOTC, it does appear that the R/R for a long position established around current levels is favorable based on both the upside potential for the stock as well as the fact that any additional downside in the stock from here appears to be minimal. I should note, however, that the stock appears to be backtesting a potential downtrend line generated off of the August 2nd highs & that breakout + backtests comes on the heels of a divergent low (bullish).

Another factor taken into consideration is the fact that KR recently hit & exceeded my final downside price target on what could very well prove to be a momentum-fueled overshoot of that level. KR was highlighted as one of my favorite short trade ideas in the XLP &  Consumer Staples Sector outlook video back published back on June 27, 2016 where I had stated: “…within the next year or two, this stock will see that $22 level.” which was my final price target, a drop of 36% from where the stock was trading at that time (screenshot from video below or click on the video link to view the coverage of KR). 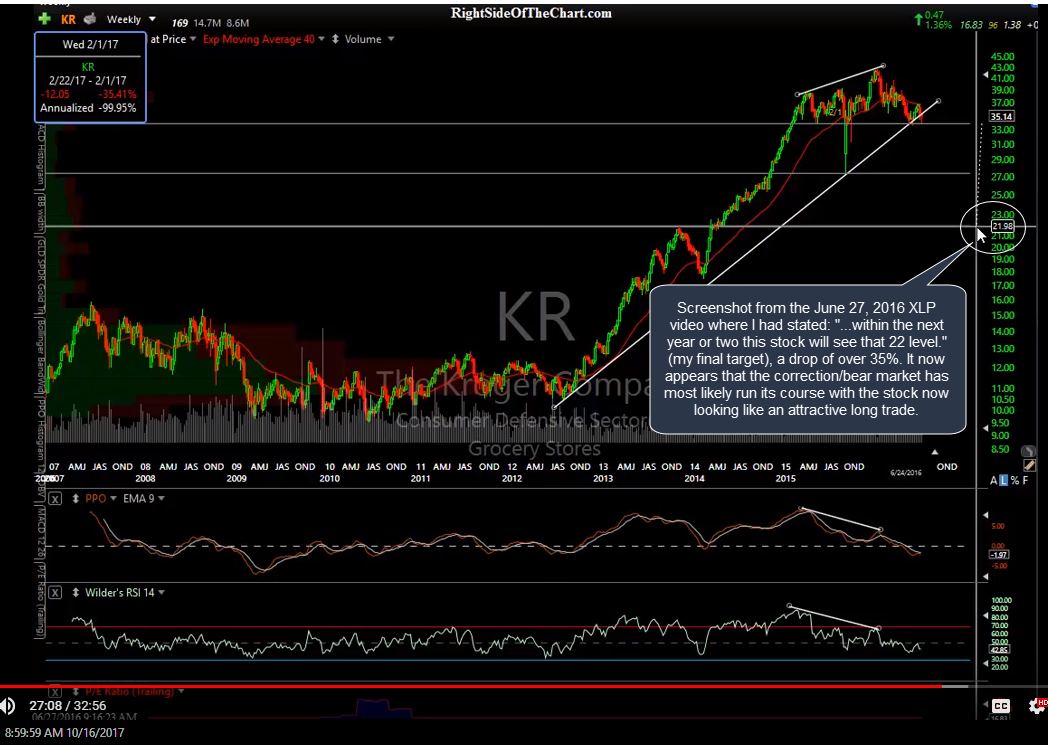