Member @heinz1 requested an update on the IEF official Growth & Income Trade as well as TLT, which was posted shortly after IEF as an official trade (due to the very similar holdings between those two ETFs). IEF (7-10 year Treasury Bond ETF) came within 29 cents or less than 3/10th’s of 1% of the first target before reversing. The trade remains profitable & IEF has also paid out 33.4 cents in dividend payments since the trade entry on Feb 9th at 102.30, thereby reducing the basis on this trade to 101.966. My preferred scenario at this time has IEF making one more thrust down within the wedge before reversing & going on to break out above the pattern & continuing up to at least T1. 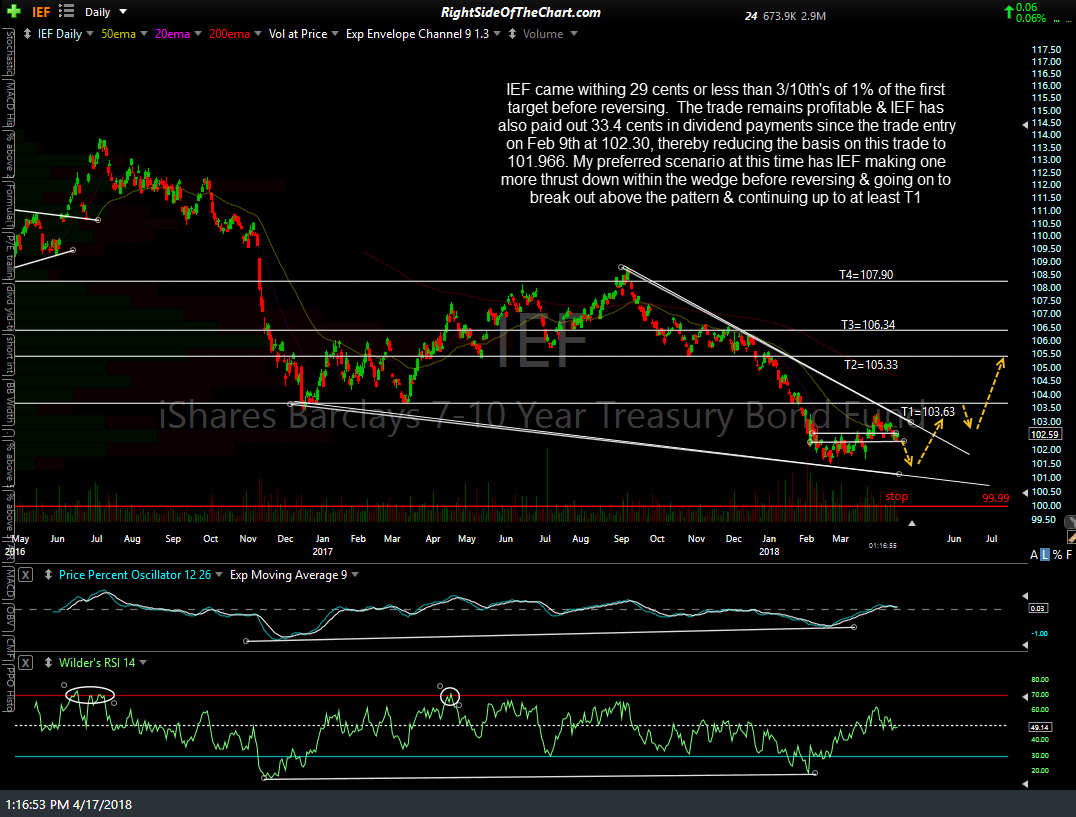 After hitting the 2nd & final target, TLT (20-30 year Treasury Bond ETF) immediately pulled back towards the support level at which the first target was set & has been trading between those support & resistance levels since. As long as the stock market continues to advance, TLT is likely to trade sideways within this range which also acted as a trading range, barring a few brief spikes above & below, back in Nov ’17 – May ’18. Despite my near-term slightly-bearish to sideways/neutral expectation for treasury bonds, I will leave IEF as an Active Trade for now as not only does it generate a decent dividend yeild of nearly 2% (and just above 2.5% for TLT) but it is also part of a diversified portfolio, particularly for traders & investors that want to minimize risk while enhancing returns through tactical asset allocation. 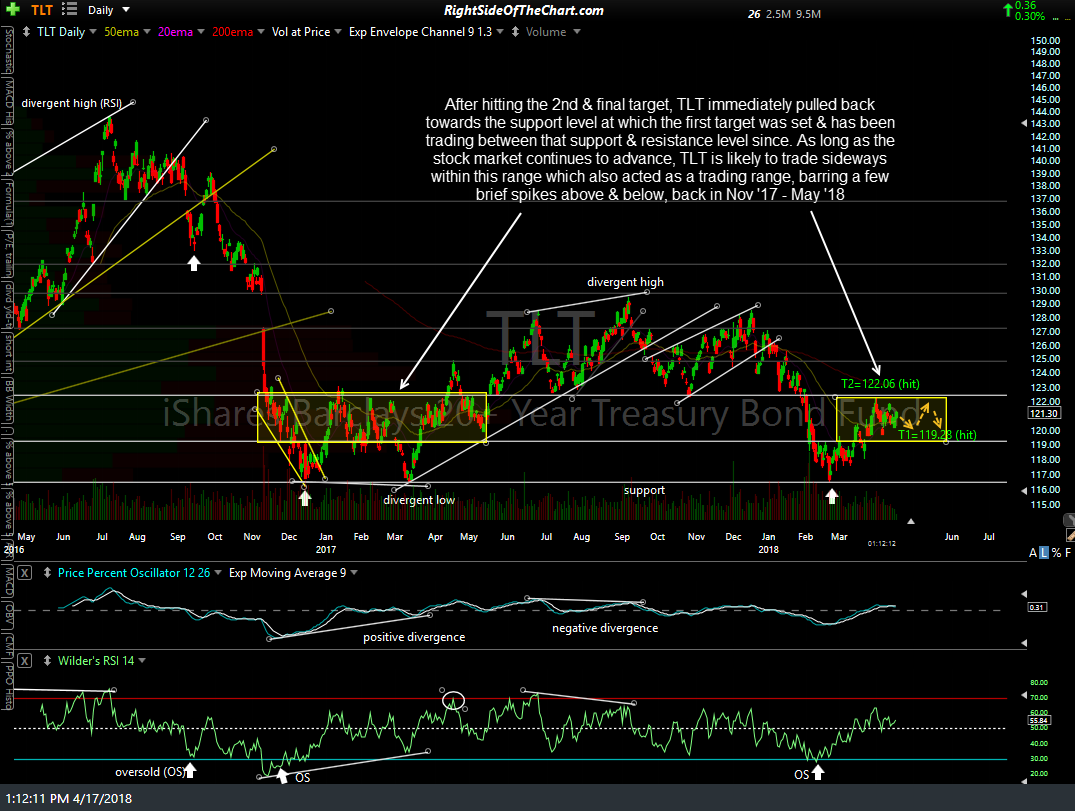