As a breakout above this bullish falling wedge appears imminent, GE (General Electric Co.) will be added as an Active Long Swing Trade as well as a Growth & Income Trade here around the 13.42 area. One could also wait for a breakout above the falling wedge as well as the 13.95 resistance level which T1 is set just below for an alternative, higher-probability entry or for an add-on to an existing position taken within the wedge in anticipation of a breakout. 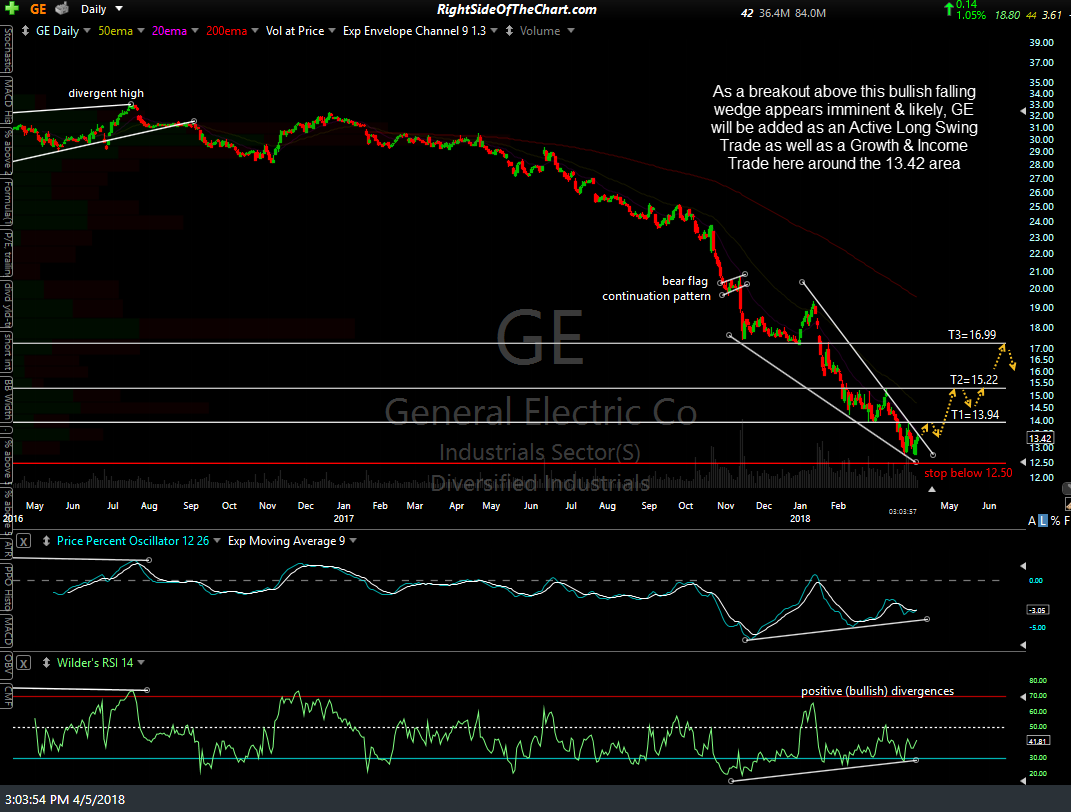 The price targets for this trade are T1 at 13.94, T2 at 15.22 & T3 at 16.99. I going to keep the maximum suggested stop relatively tight (based on the distance to the final target) at any move below 12.50 (i.e.- a print of 12.49).  The suggested beta-adjusted position size for this trade is 1.0. In addition to a Swing Trade idea, General Electric is also being categorized as a Growth & Income Trade as the stock has the potential for both capital appreciation as well as an attractive forward dividend yield of 3.41%.