GDX came within a mere 32 cents of the first target this morning before reversing while yesterday’s potential divergences in GDX & SIL were confirmed today via a bullish crossover, induced by the US dollar rally which in turn was induced by the ISM miss. My expectation is that rally will be relatively short-lived with the most likely reversal points at either the 26.60 R level or the 27.50 R level. As such, I’m going to leave the current targets & suggested stops in place for now. 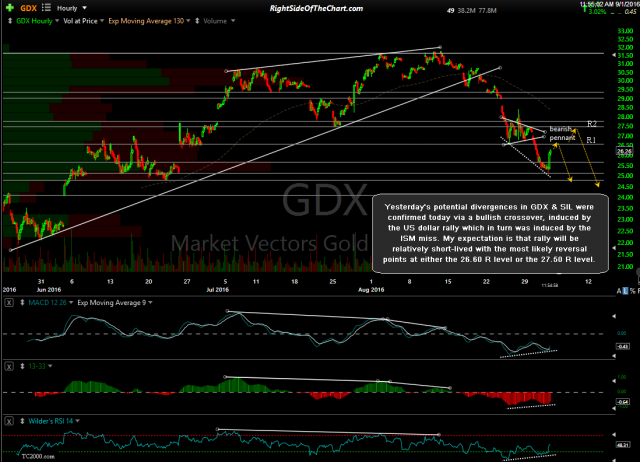 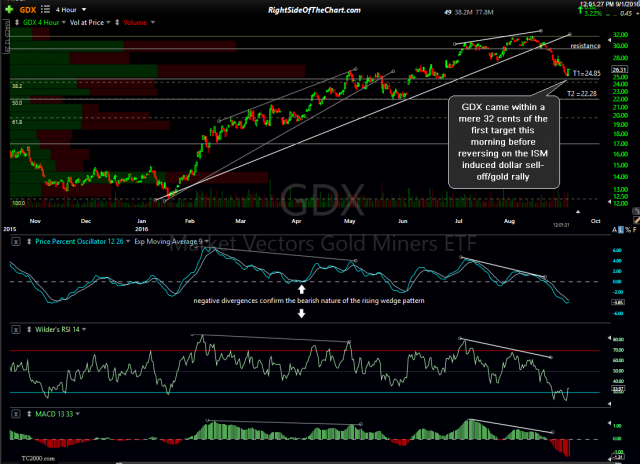 Today’s big miss on the ISM Mfg Index level immediately reduced the change for a Sept rate hike, sending the dollar sharply lower with a concurrent spike in gold, which has had an on & off inverse relationship with the $USD lately. As these ISM Manufacturing Index charts show, as with most other economic indicators, the economy is clearly slowing down & could be headed towards a recession in the coming quarters. 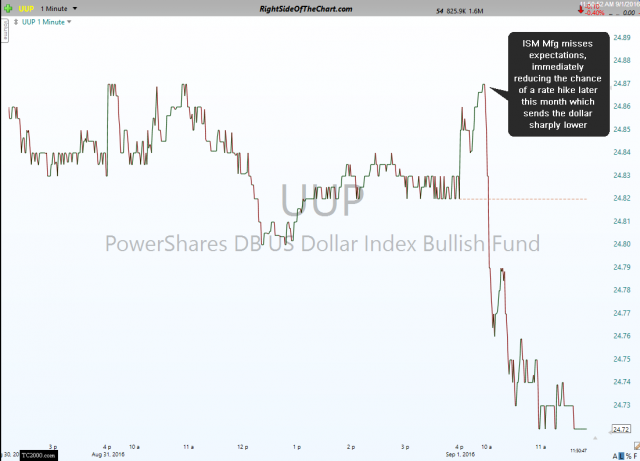 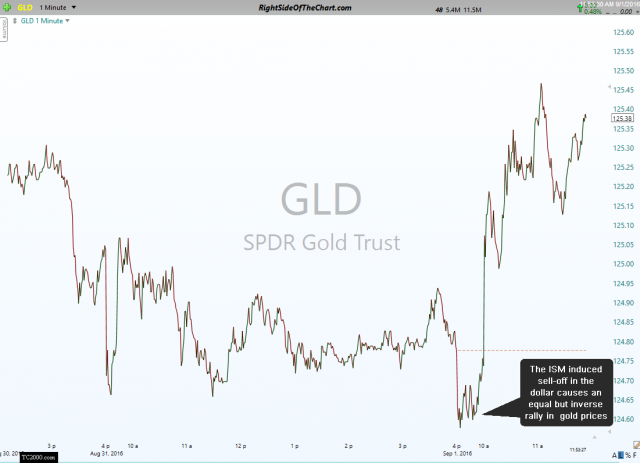