The /GC (gold futures) 1825* initial final swing target has just been hit. I remain longer-term bullish on gold but closed long & reversed to short in my active trading acct for a pullback. 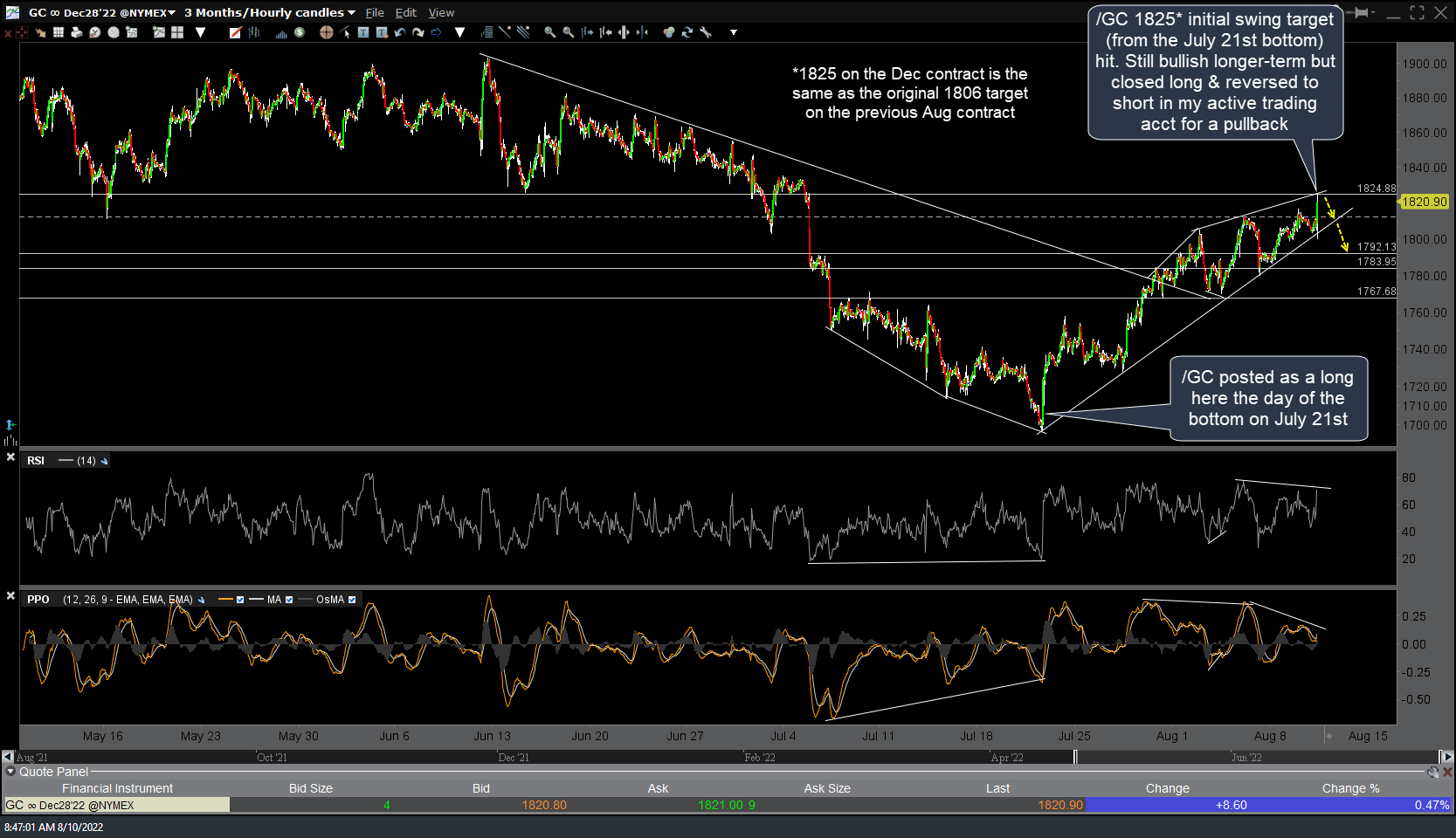 *The 1825 resistance level is the same as the 1806 resistance level that was posted as the final initial swing target back on July 21st, the very day that gold bottomed. The price difference is due to the fact that the current futures contract at that time was the August futures, with gold since rolling to the current December contract (price levels change slightly from contract to contract). That original 60-minute chart is posted below. 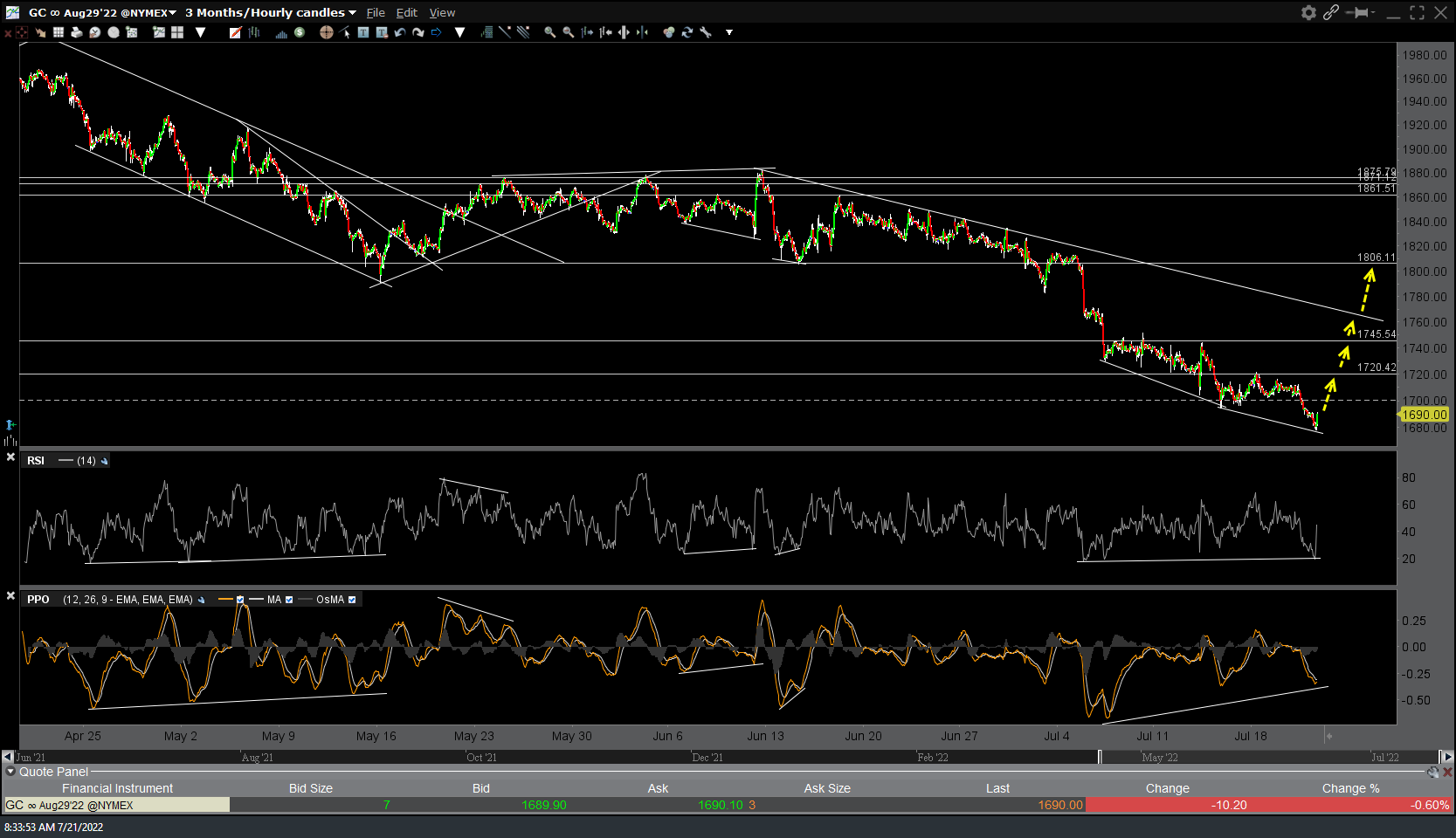 On a related note, I also shorted /PA (palladium) and /PL (platinum) yesterday for the reasons posted here.