CYH (Community Health Systems) is on watch for a possible bottoming play/Long-Term Trade. Strong divergences on this 10-year weekly chart indicate the potential for triple digits returns if the stock can pound out a bottom soon.

Zooming down to a 2-year daily chart it appears that while CYH still has plenty of work to firm up the case for a bottoming play, a break back above the 3.80 level, as well as the downtrend line, would certainly be a start as that would be a likely catalyst for a rally up to the 4.70 & then 6.00 levels. 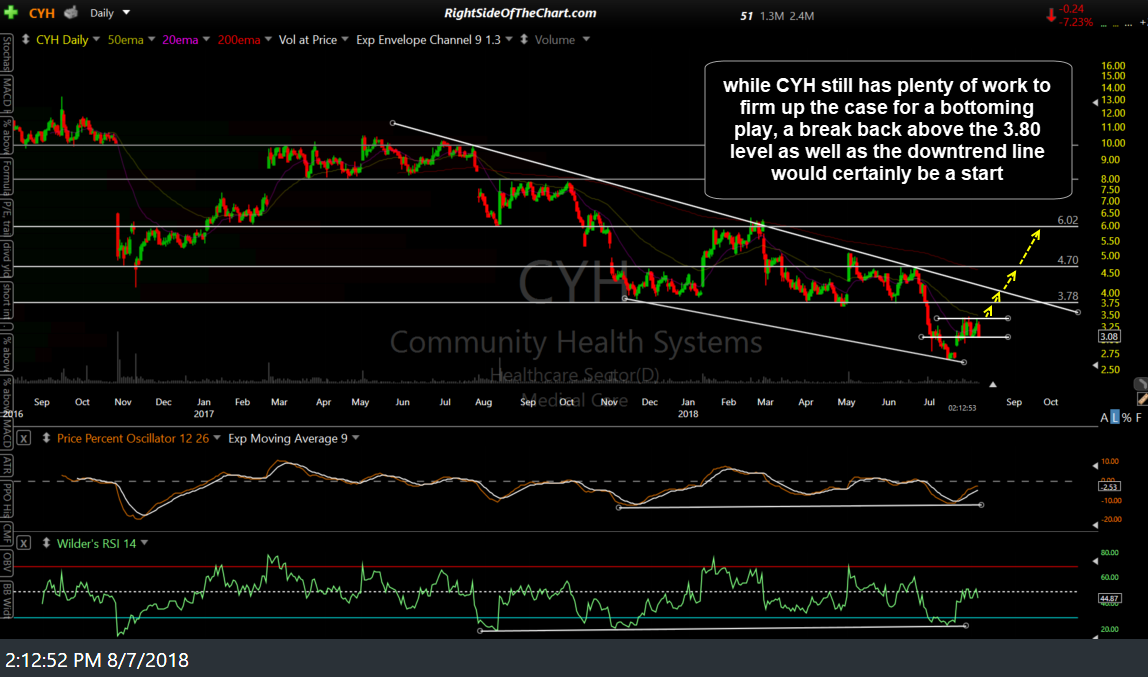 I plan to keep this one on my radar & will consider adding it as an official trade setup as/if it CYH breaks above the recent trading range of about 3.05-3.50 but wanted to pass the setup along at this time for those interested. As of now, CYH is a low-priced stock solidly entrenched in a bear market without any signs of a bottom at this time.