CAJ (Canon Inc ADS) has a potential, but unconfirmed, divergent high along with a potential Island Top with today’s gap down following yesterday’s gap up. The negative divergence would be confirm if the PPO makes a bearish crossover while still below the previous reaction high from early June while the potential Island Top would be in place if CAJ remains below the bottom of yesterday’s candle until the close today. 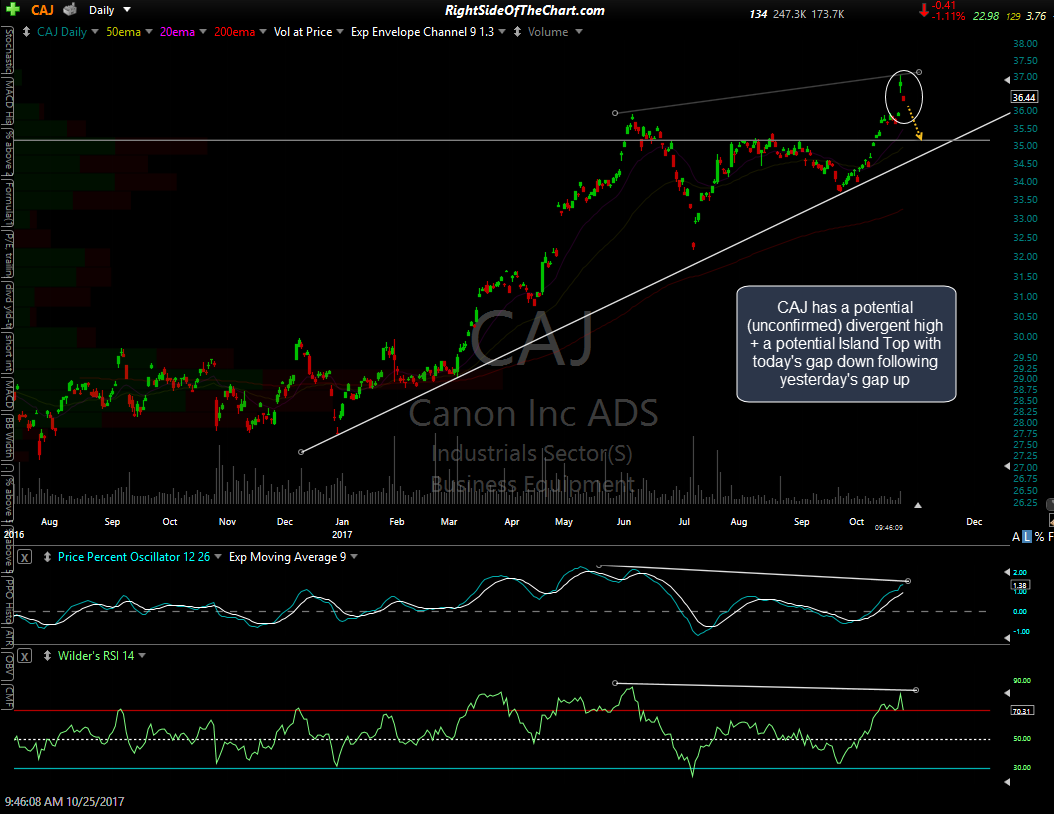 As there is still some work to be done to firm up the bearish case for Cannon, I am passing this one along as an unofficial trade idea for now. Personally I shorted the stock as I like these type of setups: Short on the gap down of below a potential Island candle (or an Island Cluster top, which is a series of candles also separated by gaps below on both sides) with a stop anywhere from just above the bottom of the previous candle to as high as the top of the candle. In this case, I am allowing about a 1% stop loss set on any move above yesterday’s close of 36.85 (the top of the yesterday’s candlestick body) with a minimum target of 35.23, which is just above that horizontal support line. Depending on how the charts of both CAJ & the broad market develop going forward, I may decide to set a trailing stop & let CAJ run down as low as the 32.20 area.