This video covers the near-term & longer-term outlook for the automotive industry including trade ideas on the major automakers, including price targets as well as support & resistance levels.

I had planned to cover the chart of RACE (Ferrari NV) in the video but mistaken left it out. The stock appears poised for a ~13% drop to at least the 103.53 area following the recent breakdown & backtest of the primary uptrend line & divergent high & may be added as an official short trade idea soon. Daily chart below: 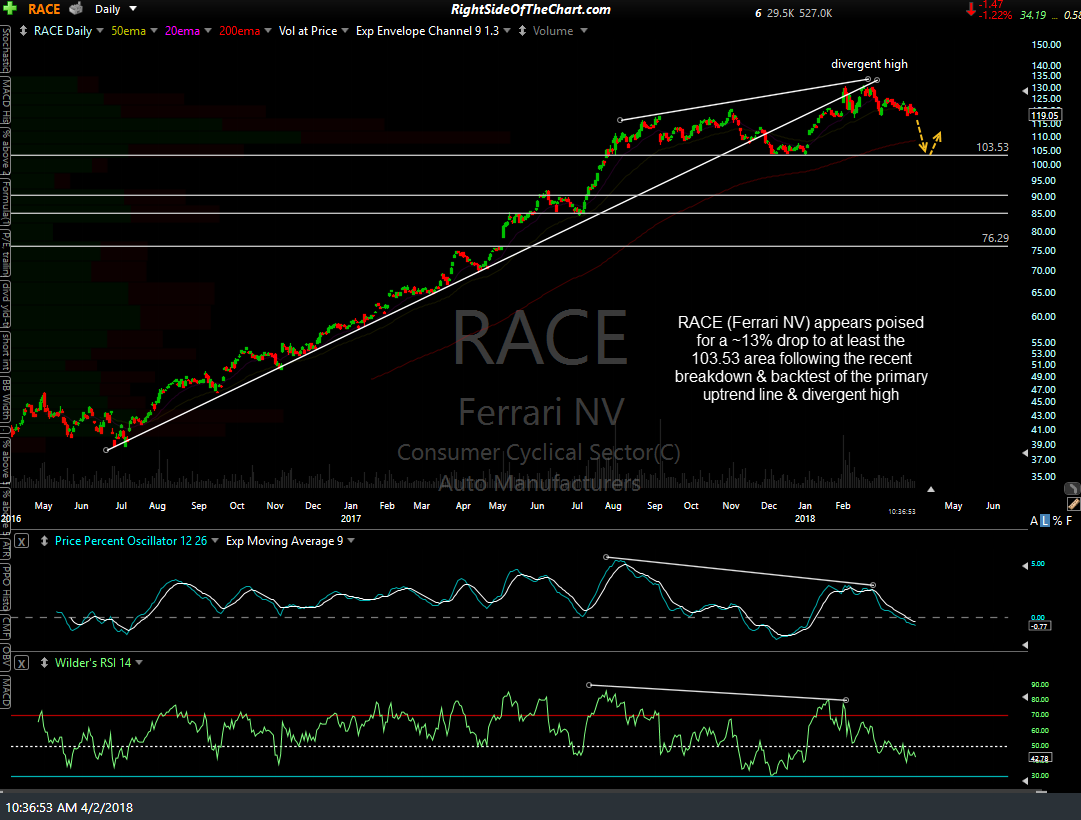