In reviewing the trade ideas today, I had noticed that an update was not posted when the final target, T3, for the Growth & Income Trade on T (AT&T Inc.) was hit for a quick 9.3% profit on July 28th. This trade was a good example of using technical analysis to get in right around the lows & sell right around the highs of a quick counter-trend rally. Get in, get out & move on to the next one which is what swing trading is all about, similar to investing but in an accelerated mode. Daily charts in order as posted along with the updated chart of AT&T (click on the first chart to expand, then click anywhere on the right side of each expanded chart to advance to the next expanded chart image). 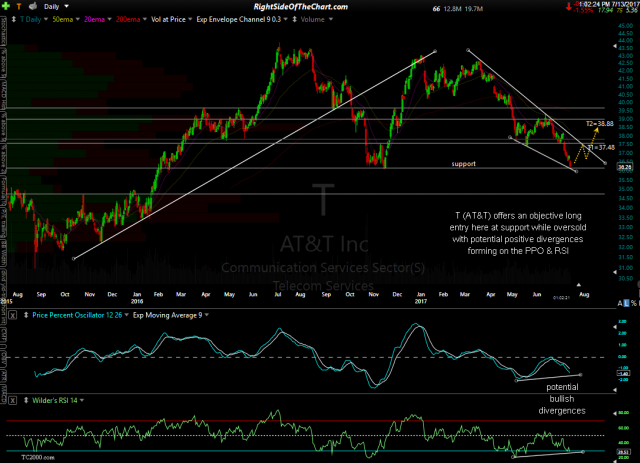 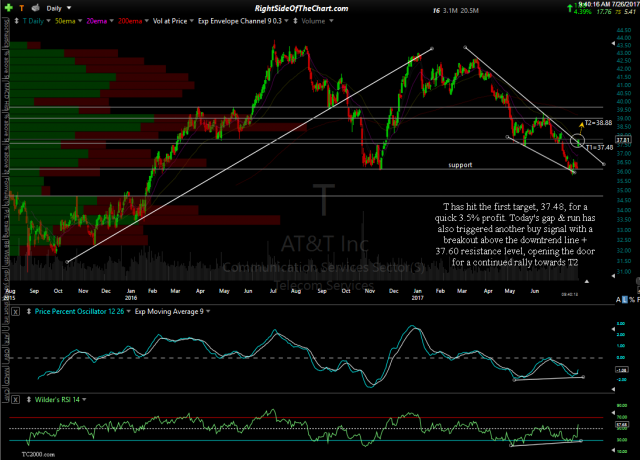 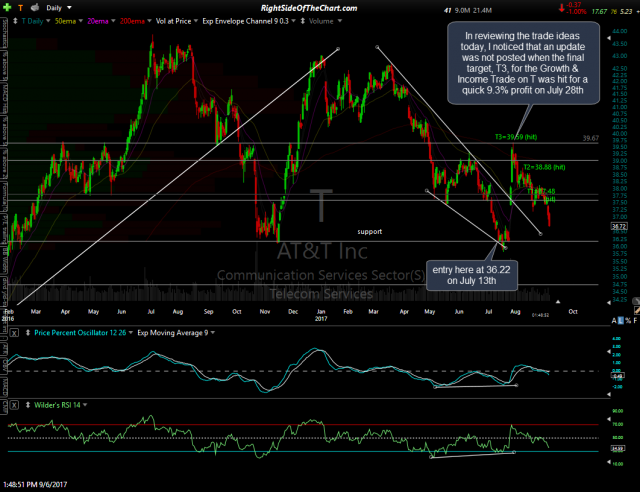 T will now be removed from the Active Growth & Income Trades category & assigned to the Completed Trades category. All official trade ideas, winners & losers, are archived indefinitely under the Completed Trades category (and respective sub-categories) indefinitely for future reference. The archives serve as both an education resource, allowing one to view the past price action of a particular security and/or chart pattern, as well as a means to view the performance of the trade ideas posted on RSOTC. There are also several other trades ideas that have either hit their final target or maximum suggested stop which will be update soon as well.
2020-05-01T20:34:28-04:00Sep 6, 2017 2:18pm|Categories: Completed Trades - Long, Growth & Income Trades- Completed|Tags: T|Comments Off on T (AT&T) Growth & Income Trade Final Target Hit For 9% Profit