IEF Stopped Out for 1% Loss

IEF Stopped Out for 1% Loss

The IEF (Intermediate-term Treasury Bond Fund ETF) was stopped out at yesterday’s close of 99.96, which was below the suggested stop of any close below 100.00. 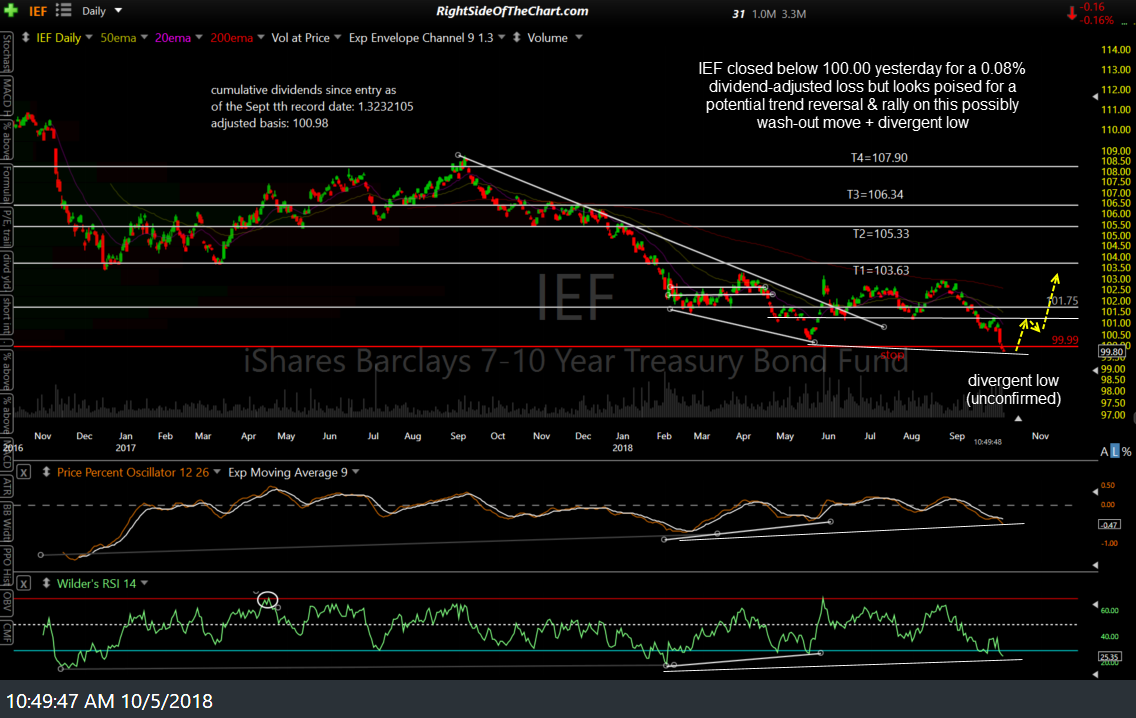 IEF was added as a Growth & Income Trade at 102.30 back on February 9th with the ETF paying out a total of 1.5274375 in cumulative dividends since then (the dividend as of the Oct 2nd record date to be paid out today to anyone that held the position on that date, even if they sold it after the 2nd). Those cumulative dividends reduce the cost basis on this trade to 100.78, thereby resulting in a total loss of just 0.08% or a 0.16% beta-adjusted loss on the trade.

As per my recent comments on IEF & TLT (long-term treasury bond ETF), should I see some evidence of my scenario where treasury bonds may be in the process of a bear trap based on my analysis of both the daily & weekly charts, I will likely add TLT as an new official Swing Trade + Growth & Income Trade idea soon. As associated posts with this IEF trade will now be archived to the Completed Trades category for future reference.