HPQ has hit the second target (T2) for a 16.7% gain from the original entry price of 12.68 on Nov 16th.  Actually, T2 was hit on Thursday but I have been preoccupied with some non-trading distractions over the last week or so & I plan to update the trade ideas this week.  Although I had originally listed three targets on this trade, upon further review of the charts, I believe that the odds favor at least a pullback or consolidation in HPQ before it can build the energy to fill that large thin zone between T2 (14.80) and T3 (16.70), as clearly seen on the volume at price histogram.  Longer-term traders could choose to raise stops if holding out for T3 but I am officially removing this trade as I believe the R/R no longer warrants remaining long at this point.  Hence, there will be no more updates on this trade.  4 hour charts below in order as posted: 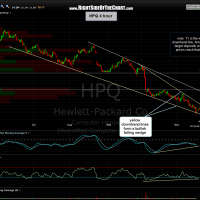 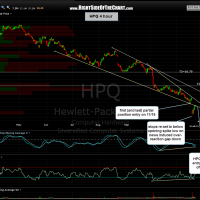 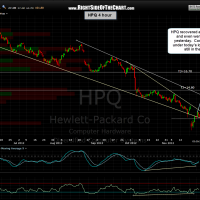 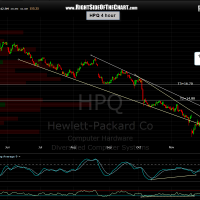 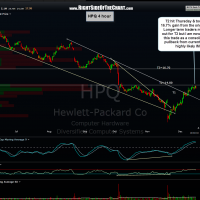