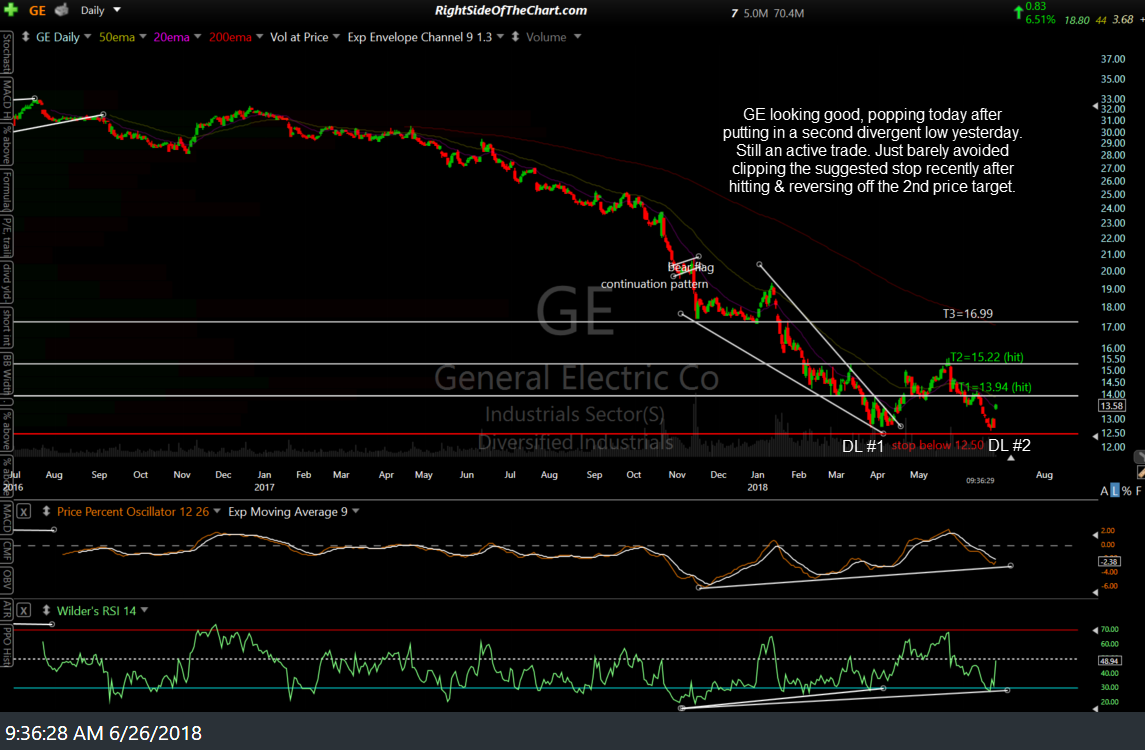 For those that booked partial or full profits when T1 or T2 was hit & plan to recycle back into the trade, the same price targets as before are still valid as levels likely to produce another reaction if/when hit. T3 remains the final target at this time.

While GE is still categorized as both an Active Trade as well as a Completed Trade (with 2 price targets already hit), it will also be recategorized as a Trade Setup as the stock once again offers an objective entry around current levels as well as on an impulsive breakout above the previous reaction high at the T2 area.