The ENDP (Endo International PLC) swing trade hit the maximum suggested stop of any move below 5.60 yesterday, resulting in a 19.3% (or 15.4% beta-adjusted) loss for those that did not book partial or full profits at T1. 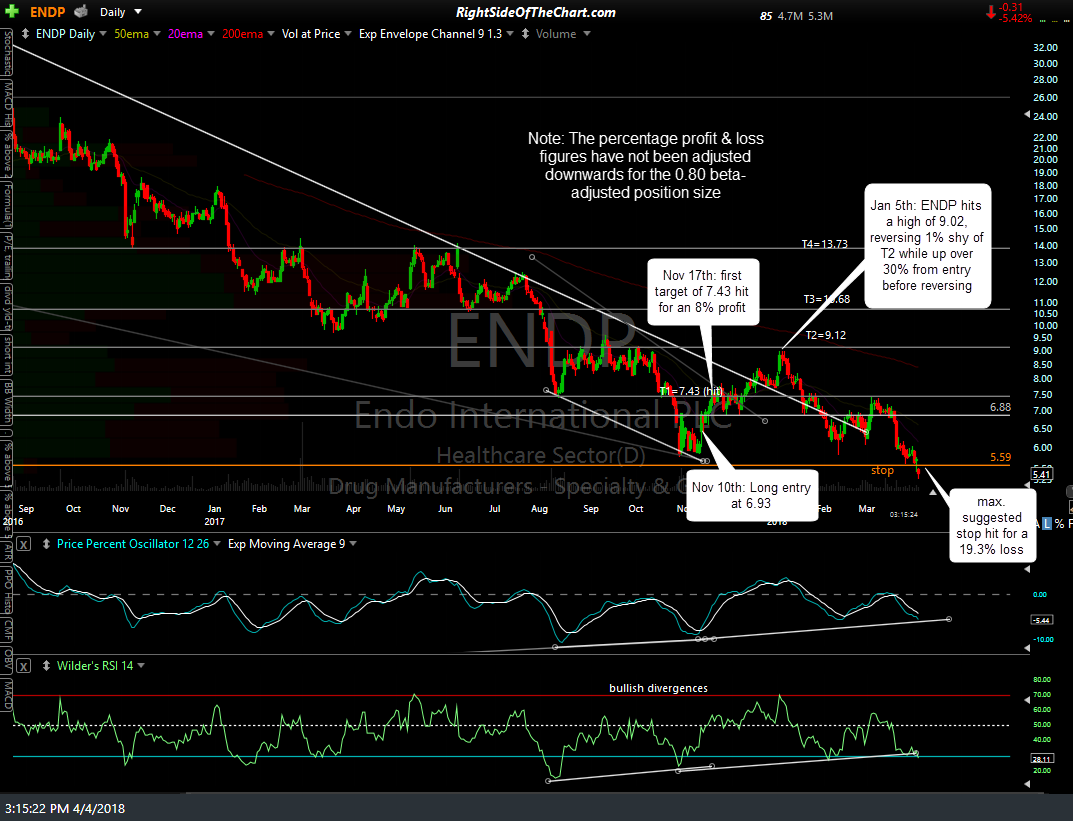 ENDO was entered as a long trade on Nov 10th at 6.93, going on to hit the first target for an 8% gain one week later. After the typical considation & several successful backtest of the T1 former resistance, then support level, Endo resumed the uptrend to come within 10 cents or 1.1% of the second target of 9.12 while up over 30% from entry. From there, the stock has steadily moved lower & finally crossed below the maximum suggested stop. As with all official trades on RSOTC, winners & losers, ENDP & all associated posts on this trade will be moved to the Completed Trades archives for future reference.