Two weeks ago I had stated that a correction in the banking sector was likely as evidenced by the bearish charts of $BKX (KBW Banking Sector) as well as a few of the heavy weights of the financial sector, BAC, C, and JPM.  At the time, JPM was the only one of the three which had already broken down from it’s bearish rising wedge pattern but since then, BAC and C have also clearly followed suit and although they are getting close to my first minor support levels, which may or may not produce a decent bounce, I believe that the charts continue to indicate significant downside over the upcoming weeks and quite possible months.  Of importance to watch is the $BXK, which is quickly approaching that key uptrend line shown on the last weekly chart (which is the bottom of the wedge pattern on this updated weekly chart.  A break below said uptrend line would likely bring the $BKX back to the 43 level, taking the banking sector back to levels not seen since June 2012.  Previous & updated charts: 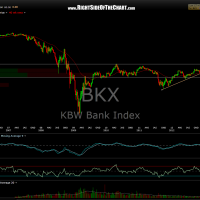 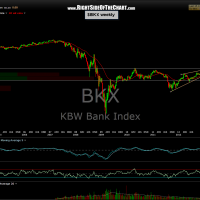 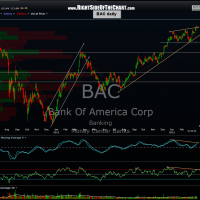 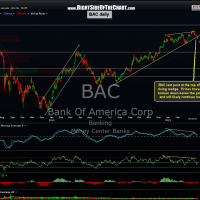 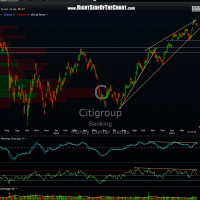 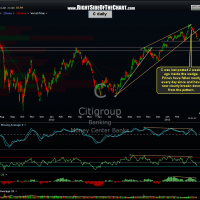 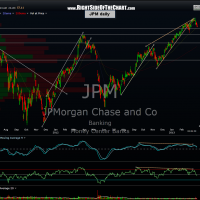